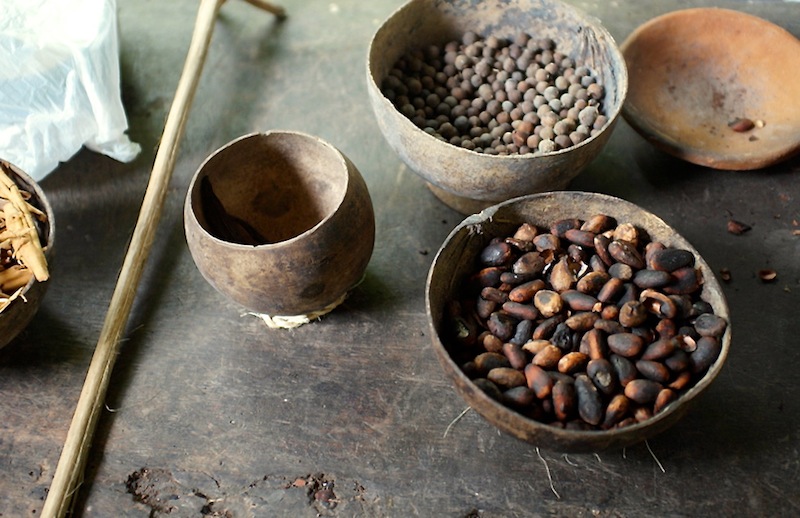 Ruta Del Cacao I/Tour of the Cocoa Plantations in Tabasco

When you live with a chocoholic like my husband, you tend to find chocolates or their empty papers lying around, in our case mostly in our home office/tv room. It got so bad at one point that I decided to propose a deal. We each were entitled to have one square of dark chocolate twice a day.  It worked for a while and then rules started to be broken. Chocolates started to be bought in great numbers because they were on sale and it would be foolish to lose such a deal! Then some exotic flavor had just appeared on the market and we had to try it! At the moment it is very cold so we need to eat more chocolate! Still didn’t figure that one out!

The only thing that makes a little bit more sense is that we should make hot cocoa at least on weekends because we bought this special mixture which should be used before it expires. And so I do it : )

So when I  heard there was a Ruta del Cacao in the state of Tabasco, I hesitated. Should I risk returning home with extra kilos of chocolate and hot chocolate? At the same time I really thought it would be nice to find out a bit more of its history and production in Mexico.

Although Cocoa is believed to have been discovered and used by the Olmecs (1500 – 400 bc) as a drink, the Mayans (600 BC) were the first people to successfully cultivate the plant. They were also the first to roast the grains and to develop the technique of grinding it 5 or 6 times to obtain the cocoa powder. To make what we know now as hot, foamy chocolate which they mixed with water and spices, they always used a molinillo to stir it. The molinillo is still being used today, even by me! 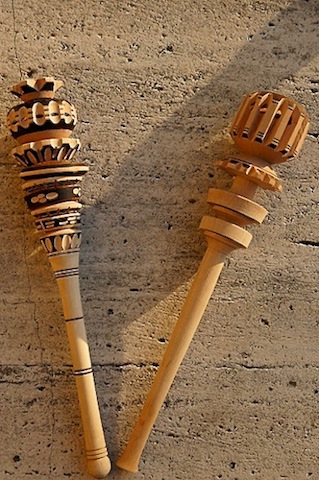 Cocoa was a symbol of abundance, used as currency, to pay taxes and as an offering in many religious rituals. Due to its high value it was exclusively consumed by the noblemen and soldiers who got paid in cocoa beans.

When the Spaniards arrived in the New World in the 16th century, they were offered the drink and eventually took it back to the Spanish Court. Soon it became a fashionable drink to which the Spaniards added spices like vanilla and cinnamon. After the conquest of Mexico and the downfall of the Aztec Empire, the Spaniards increased production of cocoa trees. Initially, they reserved production for their exclusive use but in the 17th century its use began to spread gradually across Europe and the world has never been the same since!

We stayed in Comacalco since all the plantations are located in the vicinity.

We started our tour in Hacienda La Luz, mentioned in most guides, including Lonely Planet. This cocoa plantation was established in the beginning of the 20th century by a German doctor Otto Wolter Hayer. One of his granddaughters still runs the plantation and the business.

The plantation also holds the only cocoa museum of Tabasco where they explain a bit the history of cocoa and the traditional ways of turning the cocoa beans into chocolate. This is where the tour starts. You learn about the cocoa pod, how they used to roast the beans, to grind it in the metate, the different vessels used and how the old machinery worked. 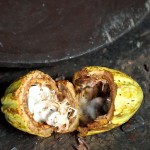 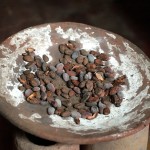 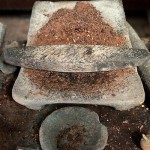 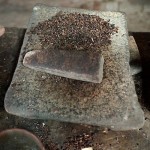 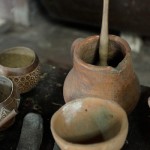 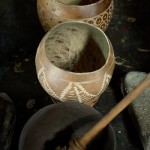 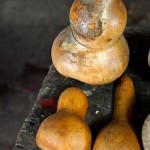 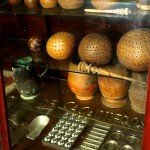 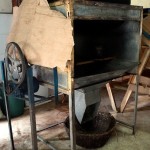 Then you visit the beautiful house and you learn about the history of the family. 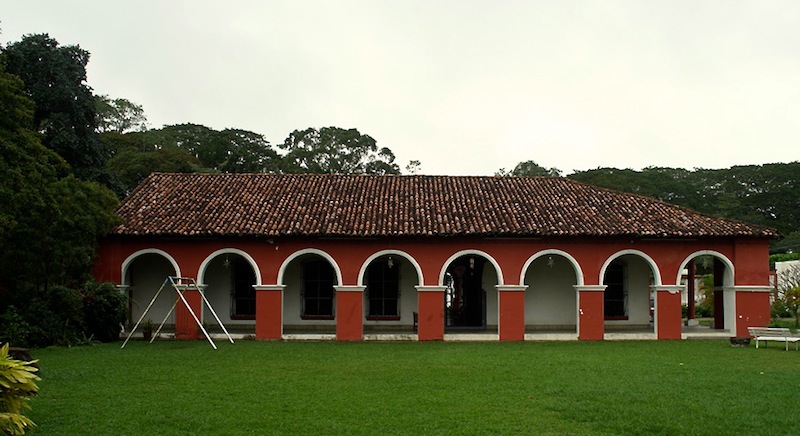 We were suppose to finish the tour by visiting the Cocoa tree plantation to learn more but it was explained that it was impossible since it was raining a bit and there would be a lot of mud.

We were just shown a few trees to have an idea how the cocoa pods grow and then finished the tour by tasting one of their special Cocoa drinks with oatmeal. It was a nice visit but we felt it could have been better. Maybe it was the rainy day or the wrong season for it but I felt the guide didn’t invest much in the tour and in the end the shop was pretty empty which puts you off when you expected to be able to taste much more. 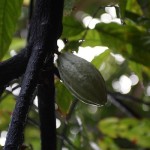 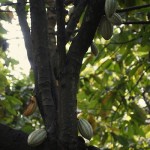 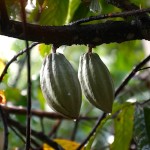 Next we went to Hacienda Cholula. 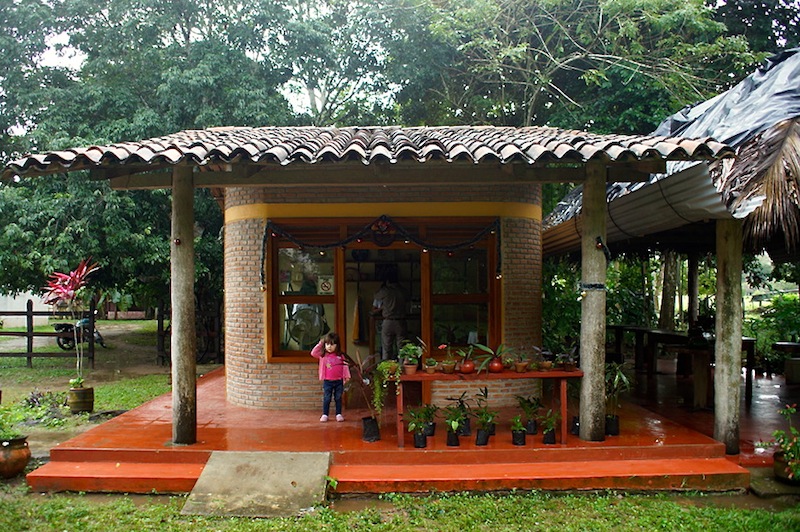 We knew something was seriously wrong when we got out of the car and a girl approached to ask us if we were there for the wake. I can only imagine our shocked faces! It took us a minute to recover and explain we had come for the Cocoa tour. She told us the owner had died the previous night so the tours had been cancelled. However, the shop was still opened if we wanted to take a look. Their chocolate is all hand-made and of very high quality. We felt sorry we couldn’t do the tour this time, expressed our condolences and left. The property looked beautiful although we only got to see the shop.