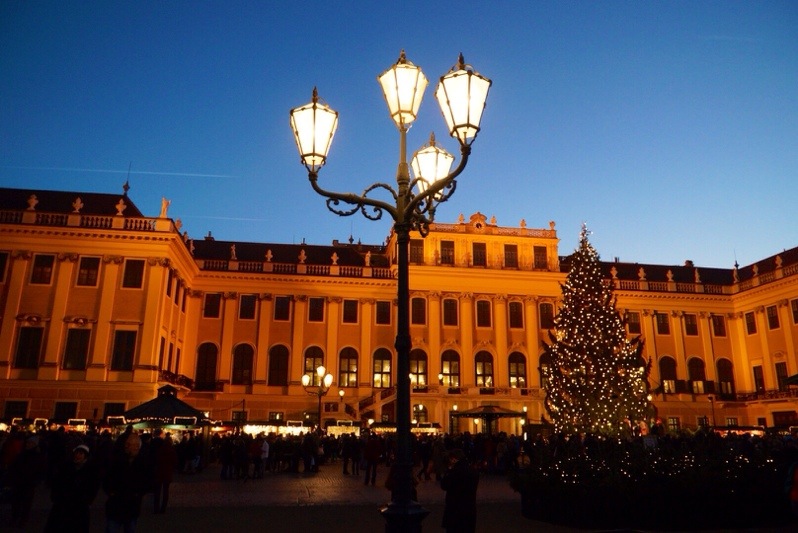 I could only finish my series on the best Christmas markets in Vienna with my favourite and according to the Austrians, the most imperial of all, Schoenbrunn! 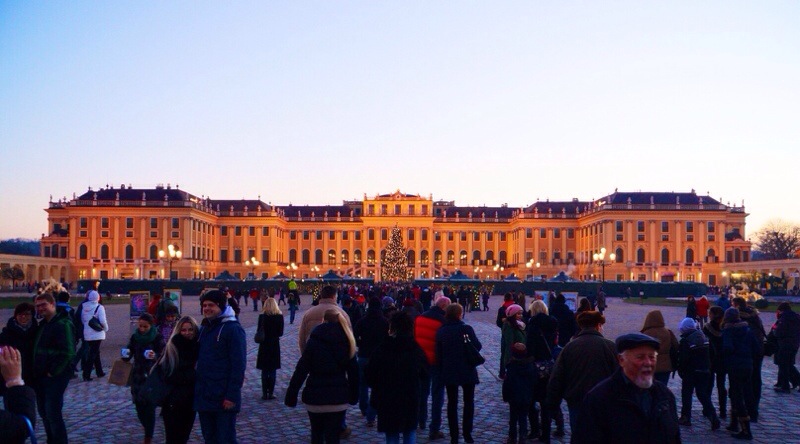 What to say about this wonderful palace that for centuries served as the summer residence of the Habsburg imperial family? The first summer residence was built in the 17th century followed by redesigning and enlargement of the palace to its present glory as one of the most remarkable Baroque palaces in Europe.

It was in Schoenbrunn as well that in 1772 a six year old musical genious played his first concert in the Hall of Mirrors, Mozart! However, the most admired residents are the Emperor Franz Joseph (born in Schoenbrunn in 1830 and ruled from 1858 to 1916) and his wife, Empress Elizabeth, the famous Sissi. There is a wonderful exhibition at Schoenbrunn that traces the most important events of Sissi’s life through the carriages she used. You can see the carriage of her engagement announcement, the impressive golden one she used at her coronation, the one she was driving the day she was murdered and the saddest of all, the funerary one which carried her to her final resting place. There are also other personal objects that help you understand better her spirit and character. Schoenbrunn was also witness to the end of the Empire and 640 years of Habsburg rule, when in 1918 Emperor Charles I signed his abdication to the crown. Besides the Palace, the gardens, the wonderful gloriette where you have the most beautiful views of Vienna and other points of interest, Schoenbrunn also holds the oldest zoo in Europe which is considered one of the best in the world.

For all this and for my favourite Christmas market, Schoenbrunn is a must. I advise you to visit the market in the evening, there is a romantic, lively atmosphere. 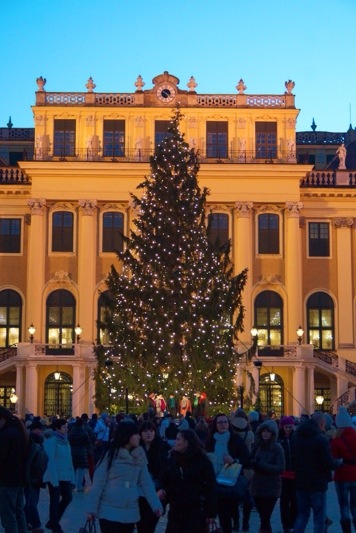 The hot chocolate, warm punch and gluehwein will certainly keep you warm, as well as the traditional food. Like this bauerngroestl which is a typical wintery meal from Tyrol. The basis is potatoes, meat and onions to which you can add other ingredients like peppers and other vegetables and pan roast it. It is also a great dish to use with leftovers. 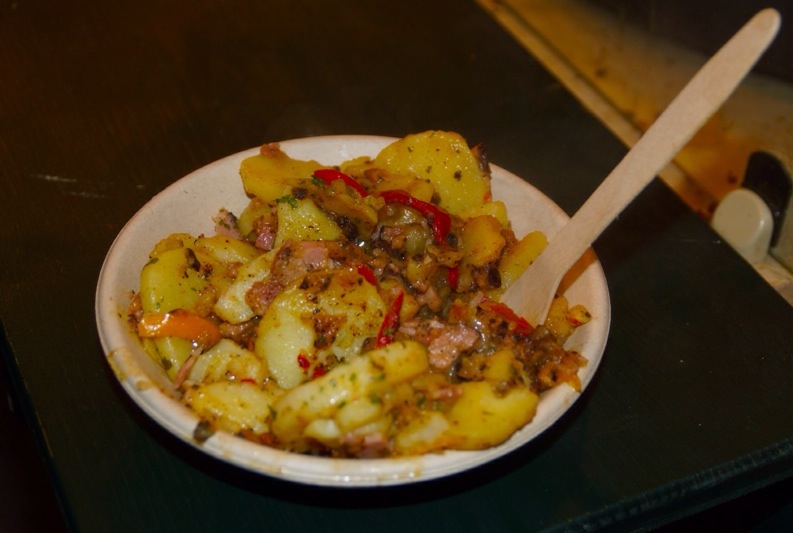 As dessert, we chose Schupfnudeln, a type of thick noodle, similar to the italian gnocchi, made with potato. It can be served as a savoury or sweet dish. We chose nuts and pureed apple. It is one of my husband’s favourite desserts. 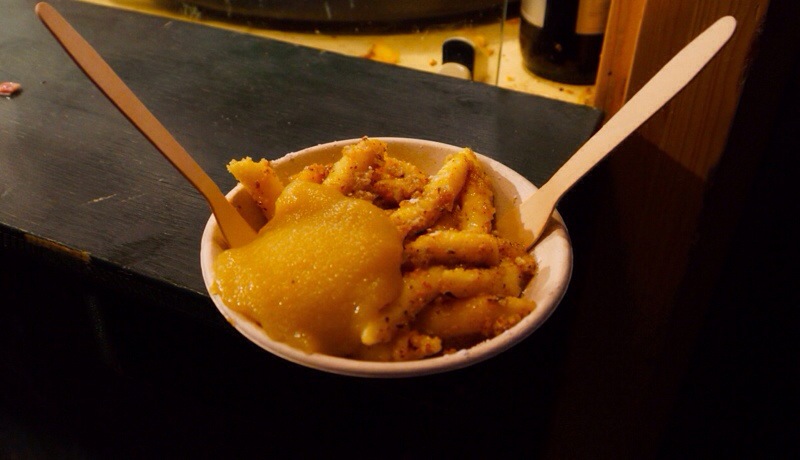 No Christmas market would be complete without the snow globes that the Viennese family Perzy claims to have invented more than 110 years ago. They have a relatively modest workshop in the outskirts of Vienna where they produce the thousands of globes that are sold all over the world. The secret of how to make the snow flakes float longer which makes their globes superior to cheaper brands, is a well kept family secret. US Presidents like Reagan, Clinton and even Obama have ordered custom made globes. They offer an array of sizes and different subjects to choose from.

And then you have a wide selection of other choices like flower arrangements, candles, garlands, hearts and other shapes with wonderful smells of herbs and spices that make you linger longer 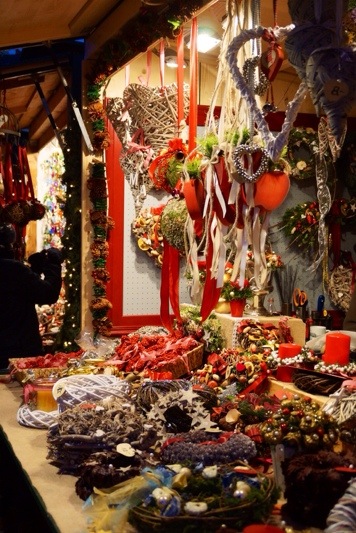 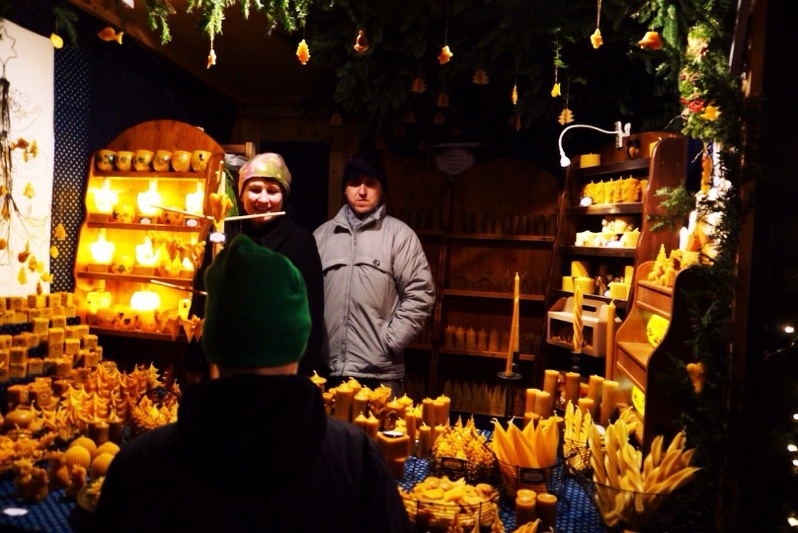 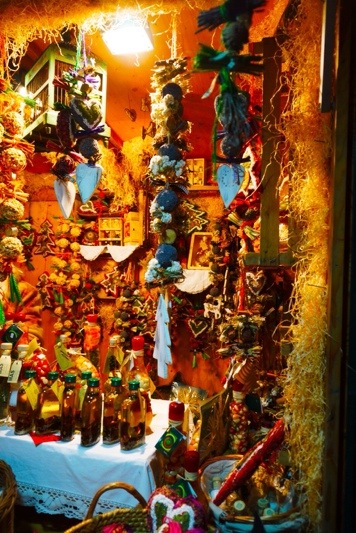 And also different types of decoration such as Christmas spheres, wooden figures and cribs 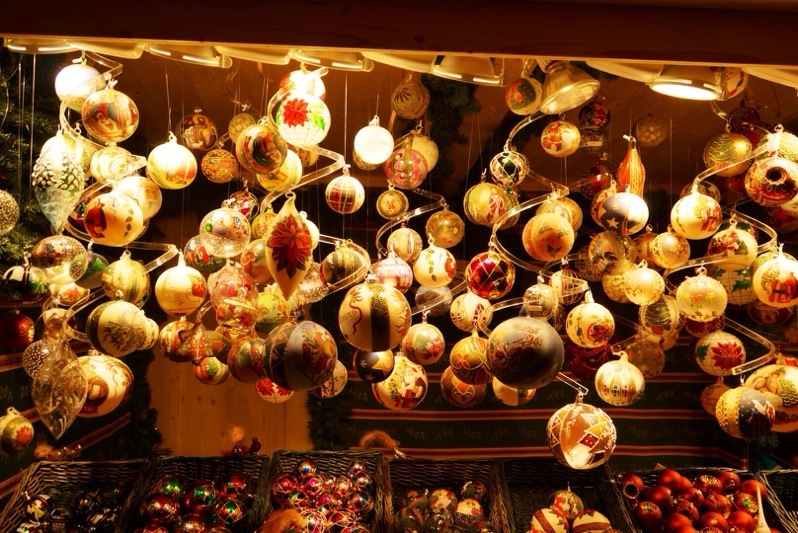 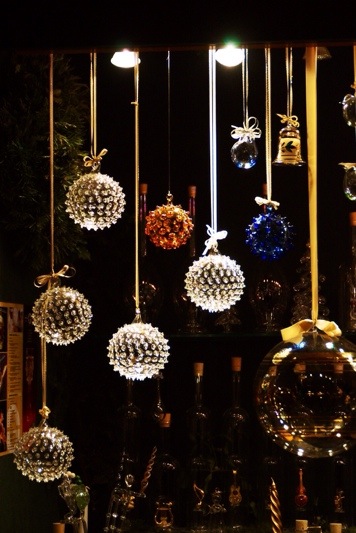 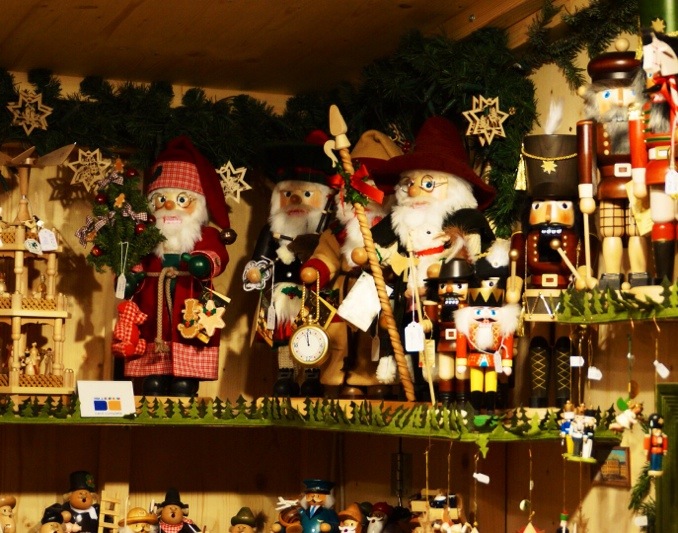 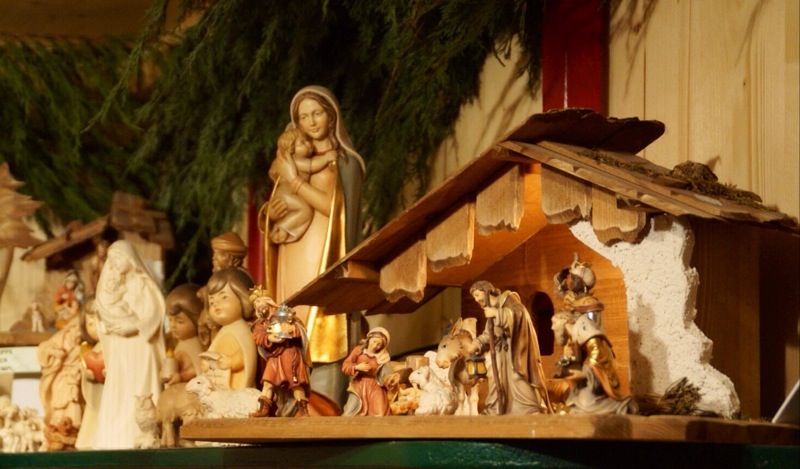 Whatever you taste or buy, you should never leave the market without a Lebkuchen, the Austrian Christmas cake made with gingerbread, honey and spices. A specialty of (among others) Mariazell where it has been produced for more than 300 years by local families. 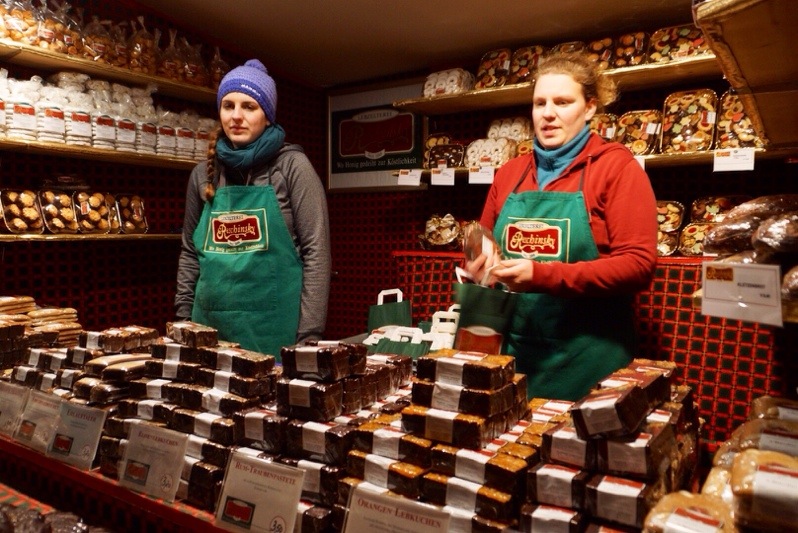 I leave you with Schoenbrunn again, this beautiful nostalgic building with its memories of a more glorious past … 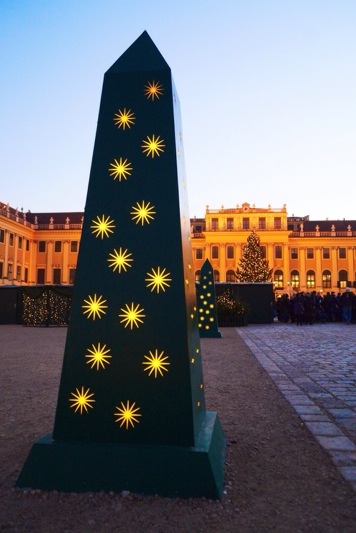