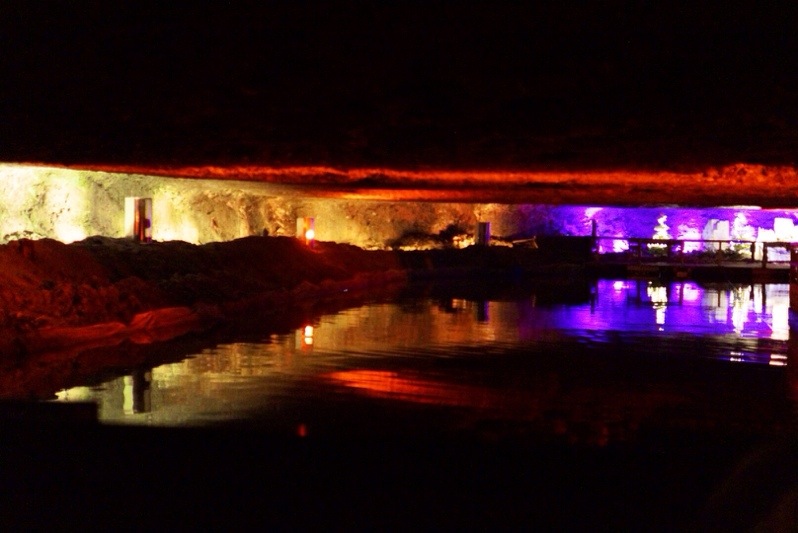 Where would we be without the white gold? Salt, considered in ancient times a vital symbol of life has played a major role in our history.

A basic component of our organic cells, it was recognized early on by humans as having essential preserving properties as well as believed to possess other important attributes like being able to purify and prevent disease. It was also believed to have magical and spiritual powers and was often used in religious rituals as was the case with ancient Greeks and Romans.

The discovery of the extractable nature of salt much earlier in time, changed the course of human history. To be able to use salt in the preservation of food was essential for human development and survival. As one of the oldest mines in the world and one of the most important salt deposits in Europe and Austria, Hallein’s first human salt extraction took place during Pre-historic times in the 5th and 4th centuries B.C. The Celts cleared pathways 300 m/984 feet deep and used bronze and wooden tools to extract the salt. Due to the preserving properties of the salt, wooden tools, clothing and leather items have survived the times as well as several bodies of Celtic miners.

Such was the case when in the 16th century, a group of miners found the well preserved body (except for a slight brown coloration in his skin due to the salt) of a Celtic miner, fully clothed and carrying his tools. This is a copy of the original since when they took him out of the mine and exposed him to the elements, he soon started to rot and was later buried. 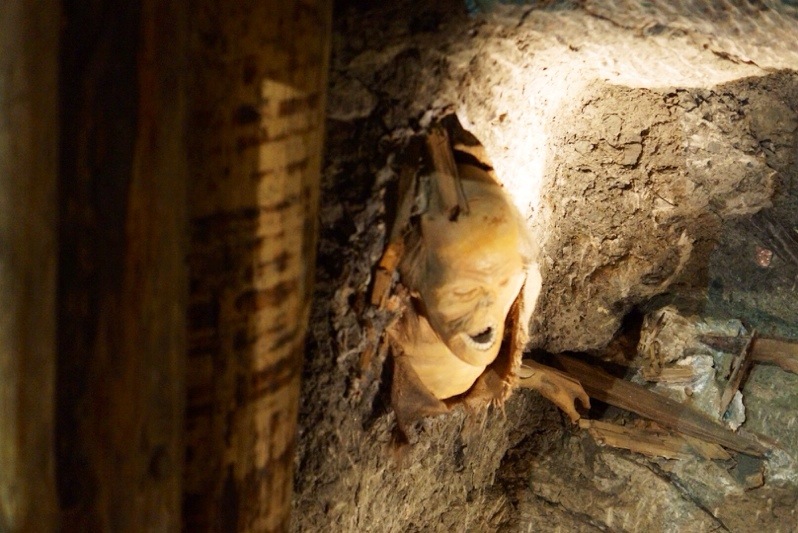 Salzburg owes its existence in the present form to the salt mines and the important role they played in the political power games in the region. During medieval times the Church establishment controlled the trade and extraction of the salt through the monasteries, abbeys and churches. The archbishops of Salzburg then took possession of the salt mines and with the increase of their political power, Salzburg became an independent state. The salt came under the control of the state and became a political instrument in power struggles and territory disputes.

One of the major players was Archbishop Wolf Dietrich, who forced his competitors to take counter measures and who entered into a salt war with the German state of Bavaria for the control of the mines of Berchtesgaden which you can also visit. Salzburg wanted to assure its supremacy but instead lost the war and the Hallein mines trade declined internationally. The Archbishop finished his days in jail but his role in the history of Salzburg and the salt trade is thoroughly told through a series of movies during the tour. Despite his sad end, he had some of the most beautiful buildings in Salzburg built with the revenues of the salt mines. 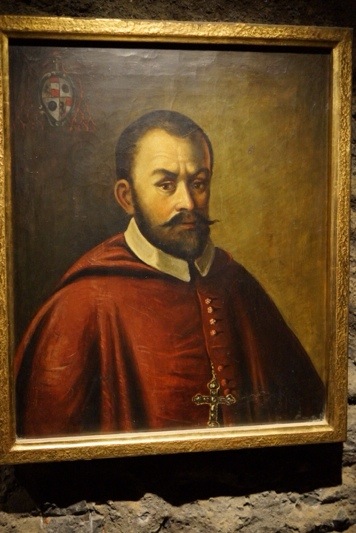 Periods of recovery followed with the flourish of the salt trade in Hallein mainly during the 30 years War but decline started when Salzburg became part of Austria. As two thirds of the salt deposits were in Bavarian territory, the viability of the Hallein mines was threatened until an agreement was reached in 1829, that allowed Austria to mine beyond the border with Bavaria as long as 40 % of the miners were Bavarian and Bavaria would get wood from the salt forests in Austria. In spite of this agreement still valid today, Austria started giving priority to other (more profitable) Austrian mines with Hallein taking a secondary role and slowly starting to decline until 1989, when the salt mines were finally closed.

As an exhibition mine, Hallein is the oldest in the world, as tours started already in the 17th century. Their visitor’s books include famous people including kings and emperors.

Tours are given both in German and English and the first step is to protect your clothes with miners uniforms. The youngest age allowed is 4 years old so my daughter was really at the limit. Then you proceed to the long train that is going to take you into the mine. The train is really a long wooden seat where you sit and have to hold on to the passenger in front of you as the train gains speed when entering the mine. 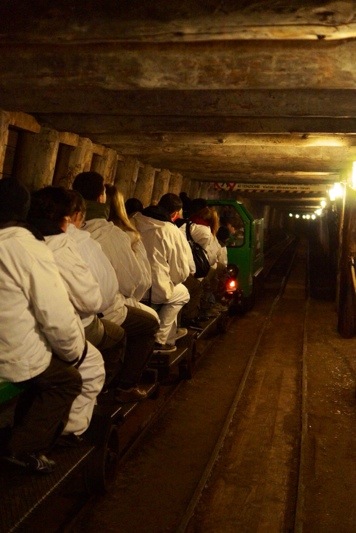 And then you enter another world and go back in time 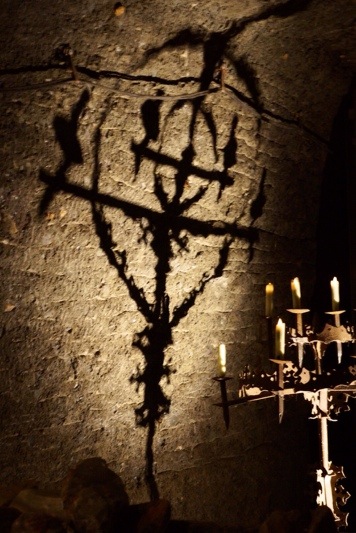 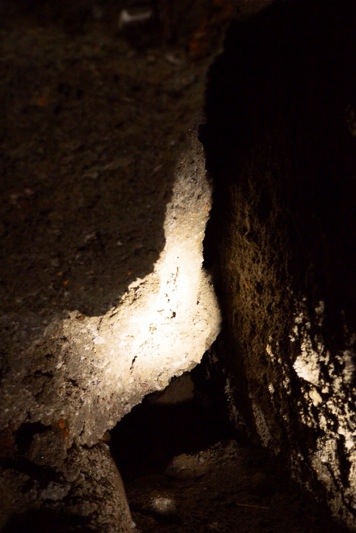 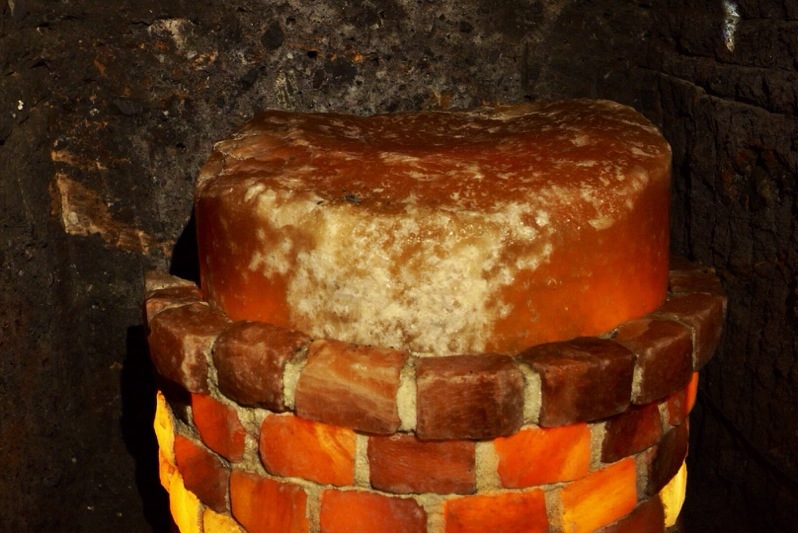 History unfolds the deeper you go 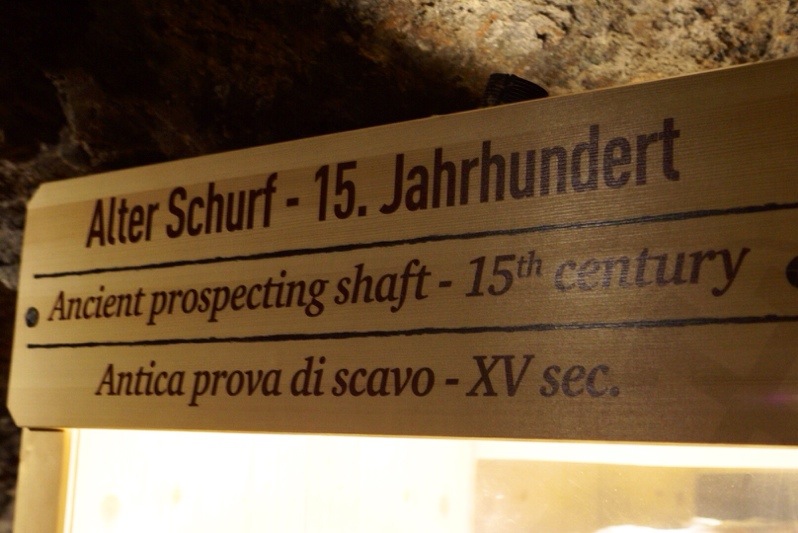 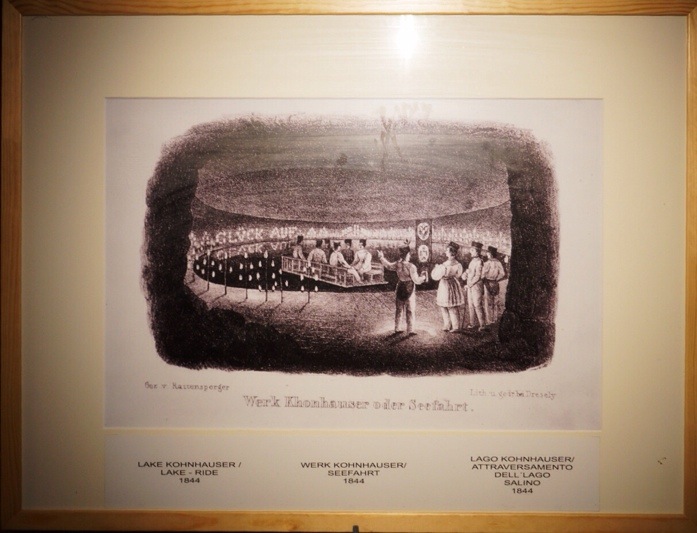 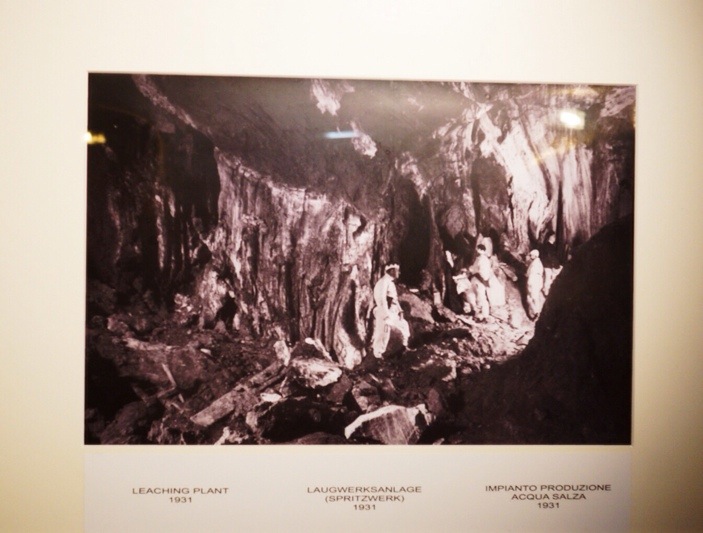 And then the first fun part, a 20 m/65 ft slide to get you to the next stage. You can go in groups of two or three maximum. You sit in the slide and bend back slightly while holding on to the person in front of you. If you have small children, their legs will be on top of yours while you hold them tightly. My daughter loved every minute of it! 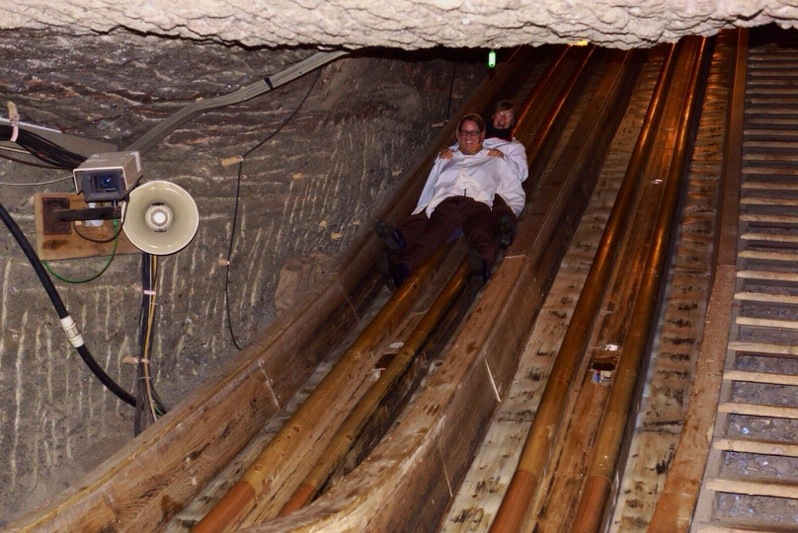 Sometimes you encounter ghosts of the past… 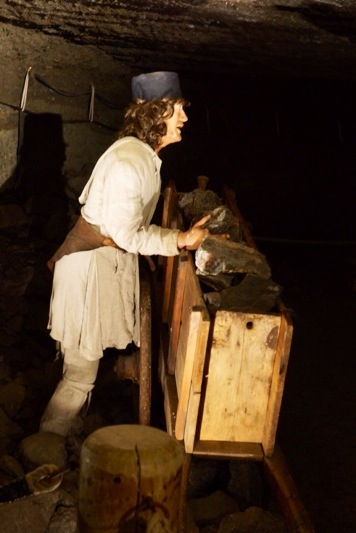 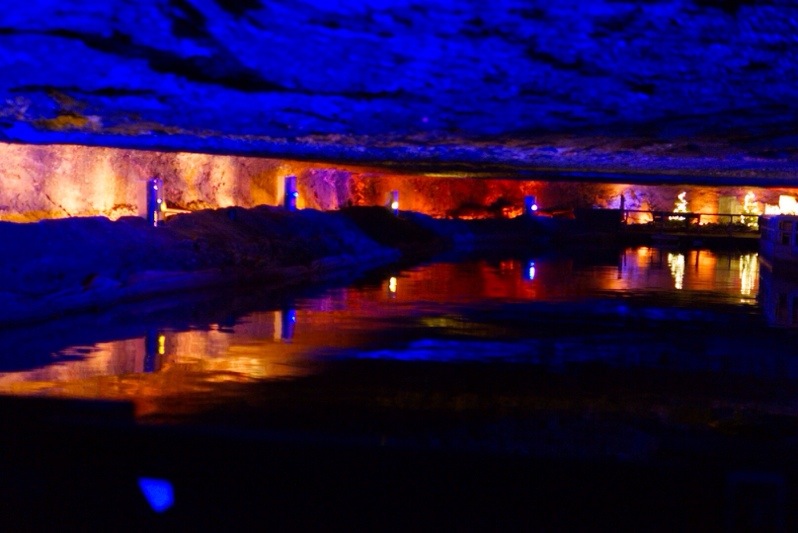 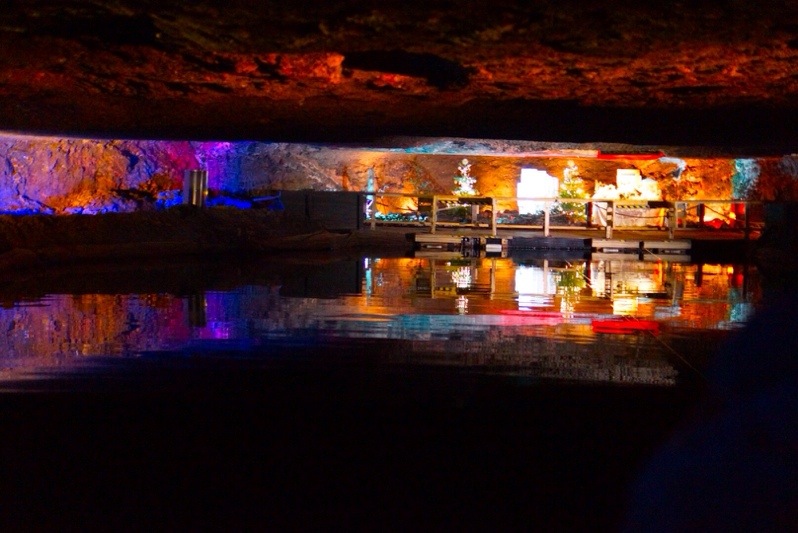 Then there it is again and this time not for the faint of heart, a 40 m/131 ft slide! When you sit you can’t see the end of it but you can sure feel it when you arrive as it is a much faster slide and the landing is a bit rougher. Still my daughter loved it! 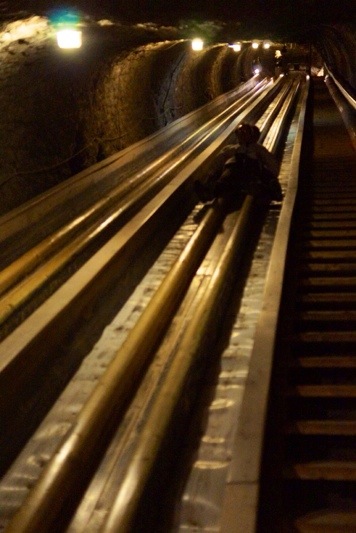 If you are not feeling particularly courageous that day, you can always take the stairs but it will take more time (and be less fun) as there are a lot of steps 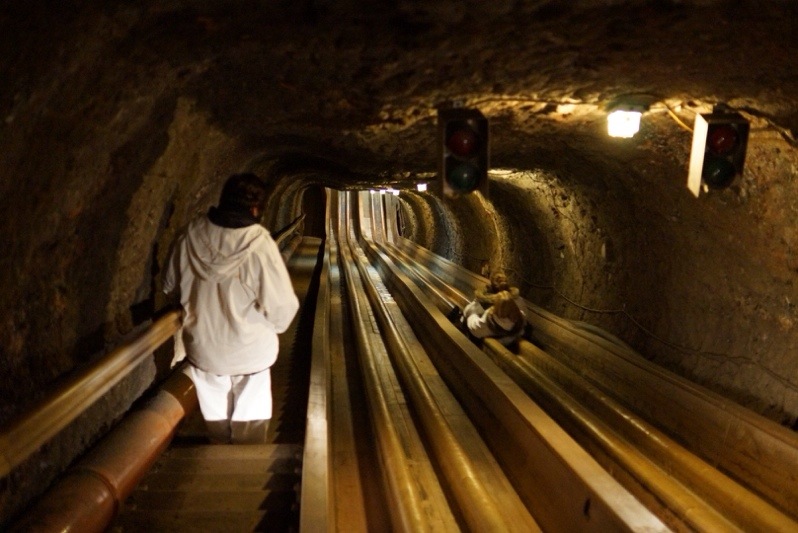 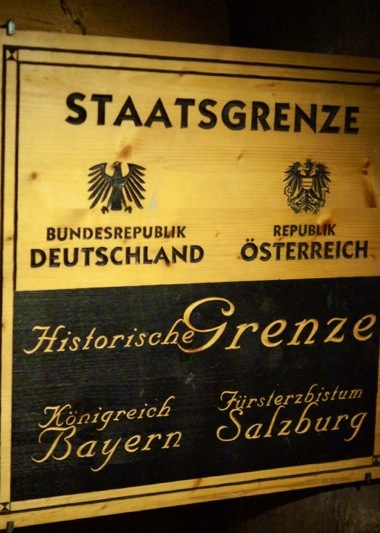 And when you find yourself going back to reality, you can’t help feeling nostalgic about that dream world left behind and those ghosts from the past …