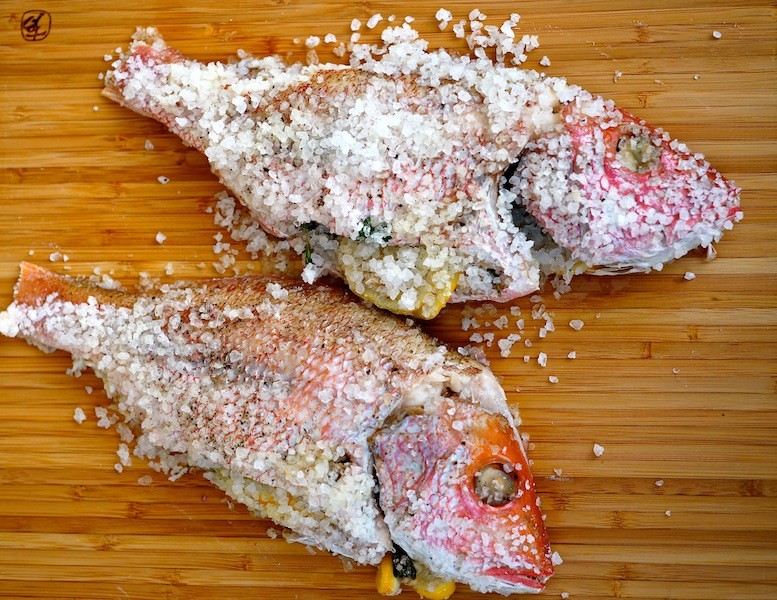 In Portugal, particularly in regions near the coastline like Lisbon, whole fish baked in salt is a traditional dish found in restaurants to highlight its taste and freshness. It is a must for me whenever I visit my country. I usually go to Guincho situated in the atlantic coast near Cascais. Guincho has a very famous beach well known internationally for its favoured surfing conditions and nearby there are many fish restaurants. You can sit looking at the dramatic scenery, the sea, its big waves and enjoy great fish and seafood.

For those of you who never heard of this method, let me reassure you that after baking, the fish is never too salty. That is why you always use whole fish without any cuts so that the salt does not absorb any liquid from the fish. The salt is used as a hard crust that keeps the moistness of the fish intact while it cooks. After you brake the crust, the fish should be moist, seasoned perfectly and with a nice herb aroma. Don’t be afraid to make it, it is really not difficult at all and it’s a great dish when you have guests. It is a very healthy recipe as well.

Having always cooked the fish baked in salt with Portuguese recipes, I decided to try a Mexican recipe this time. It is an adaptation of a recipe by Chef Oropeza and the method and techniques are very similar to the recipes I used before. The fish was just perfect, flaky, tasty and aromatic. 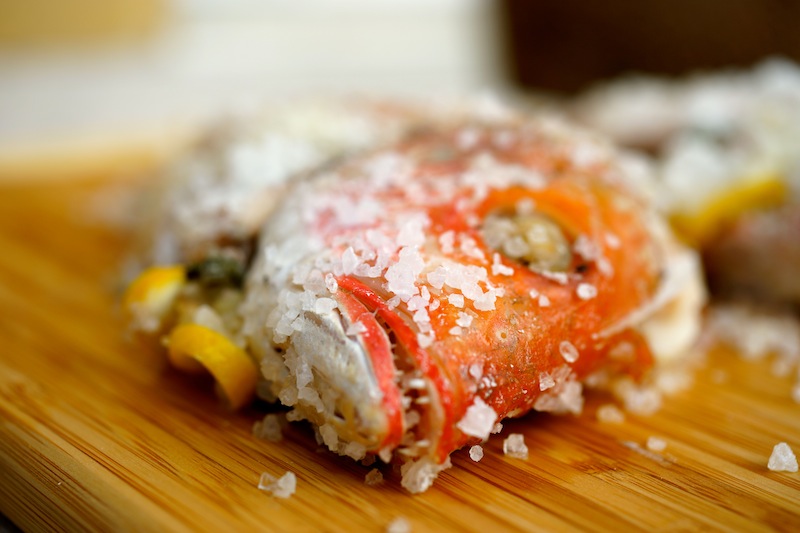