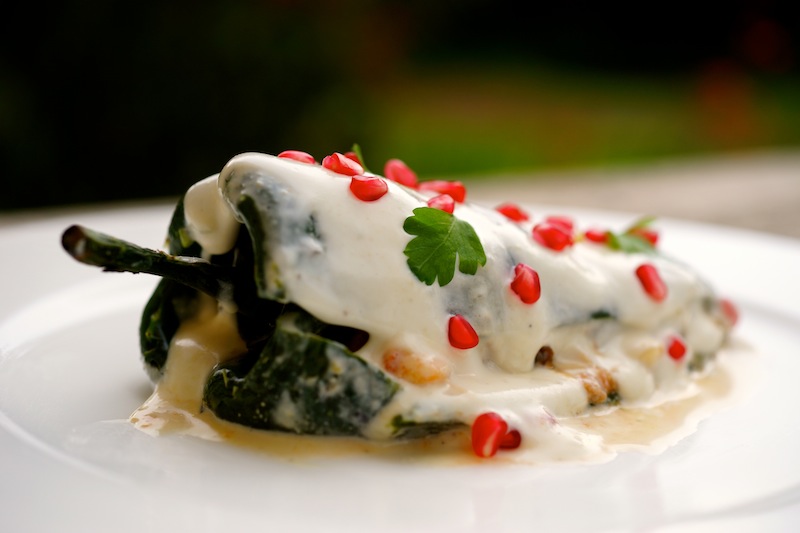 When pomegranates start making an appearance in the markets and supermarkets of Mexico City, you know it is that time of the year again! The time for the wonderful “Chile en Nogada!” This dish is served from August until the beginning of October although September is when it is consumed the most due to patriotic reasons.

Originating from Puebla, the Chile en Nogada was given a historical and political role by being associated with General Agustin de Iturbide. After signing the Treaty of Cordoba which guaranteed the independence of Mexico in 1821, General Iturbide marched towards Mexico city.

Legend has it that when he stopped on the way in Puebla, a big feast was prepared in his honour. However, afraid of being poisoned by his enemies he refused to eat alleging stomach pains. His plan worked until he was presented with the Chile en Nogada to which he couldn’t resist. Besides looking delicious, the chile was presented with the colours of the liberating army, red, white and green. These are the colours of the Mexican flag and September is when the Independence of Mexico is celebrated. During this month, it is tradition in Puebla and Mexico city to eat the Chile en Nogada in family reunions or in restaurants that prepare this dish with small variants. However, to taste the real Chile en Nogada you should always have it in season when the classic ingredients are fresh and available.

This adapted recipe from Chef Oropeza, is a lighter and healthier version of the usual recipe. The recipe takes minced beef but there are other recipes which either combine minced beef with minced pork or just minced pork . You can choose according to your taste.

It is really one of my favourite dishes in Mexico, the sweetness of the fruits, the wonderful spices and the special taste and slight spiciness of the chile Poblano make this a wonderful treat. 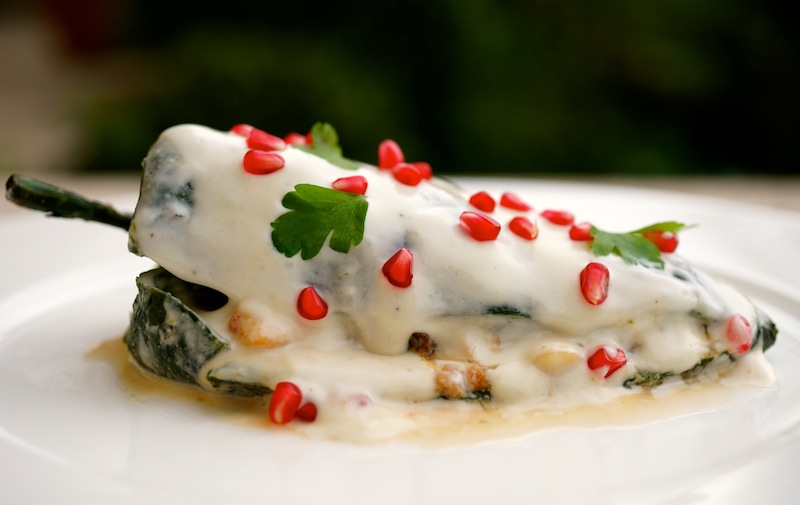