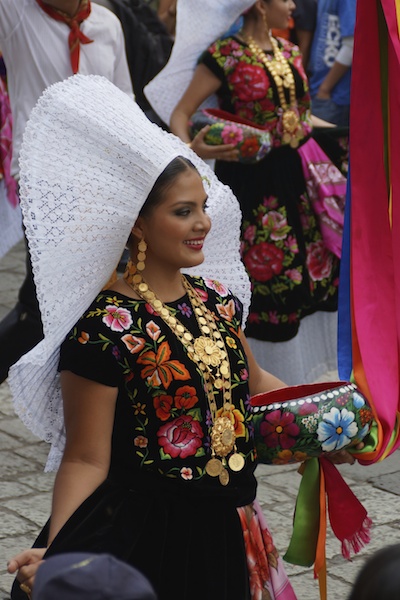 Celebrating the Guelaguetza in Oaxaca

I just realized this will probably be my last Guelaguetza.

Our time in Mexico is ending. We were given one more year but that is it. It is hard to believe we will be leaving our home, our Mexican family and this country that touched us so deeply.

Oaxaca is a wonderful state. Still very authentic and proud of its origins and traditions. More than 50% of the population is of indigenous origin. Many maintain their own dialects, traditions and way of life. It is a big state composed of 7 regions with many enchanting pueblos, each specialised in a different craft. The state is known for example for its black pottery, its carpets, fabrics and embroideries. It is also known for the production of Mezcal, an equally agave based spirit that is quickly becoming more trendy than tequila.

La Guelaguetza is a cultural and folkloric festival that it is organized every year to coincide with the festivities in honour of the Virgin of Carmen. It takes place on the two Mondays following the 16 July. Although it is a Christian celebration it was actually an adaptation by the Spanish of certain pagan rites and celebrations that took place at the same period of time during pre-hispanic times. That is why the “Fiesta de Los Lunes del Cerro” was happily accepted by the indigenous population. It coincided with the cult of the goddess Centéotl, goddess of corn to whom many offerings and honours were given at this time of the year.

The 7 regions of the state participate in the festival, which culminates in the two Mondays celebration in the open air amphitheater. There the different regions perform and show their particular cultural characteristics, their trades and their crafts. Their traditions are highlighted by the beautiful dances, music and songs often in their respective dialects. Oaxaca has several indigenous languages and dialects.

The Zapotec word Guelaguetza also means to share by collaborating and reciprocating. During the main celebration all participating villages throw gifts to the public that showcase their main activities and products. There is also an exchange of gifts between villages to show their unity and collaboration.

Two days before the Guelaguetza, there is a parade in the Oaxaca city center. The different villages are represented and we get a taste of what the festival will be like this year. There is music, dance, fireworks and a happy feeling  in the faces and behaviour of the public and the participants.

They engage each other to react, there are many “Vivas” or hurrahs to Oaxaca, the public dances together with the performers, laughs, shouts and celebrates. 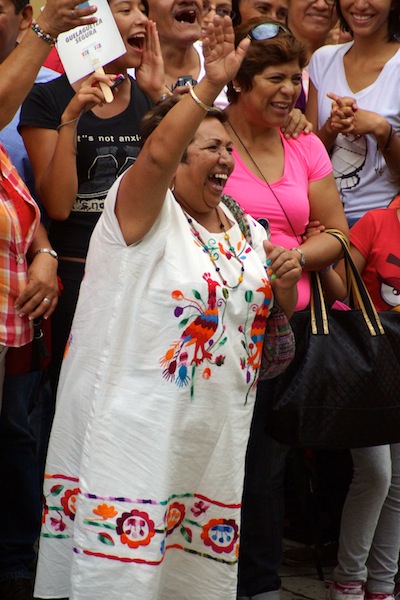 We had bought books at my favourite bookshop and got offered a place at their balcony to better watch the parade. It was great to witness and participate in such a wonderful celebration. 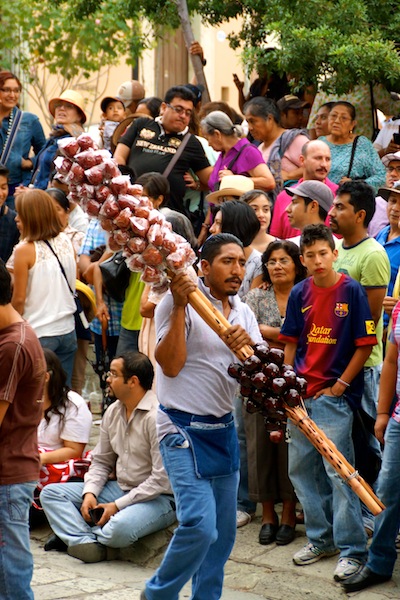 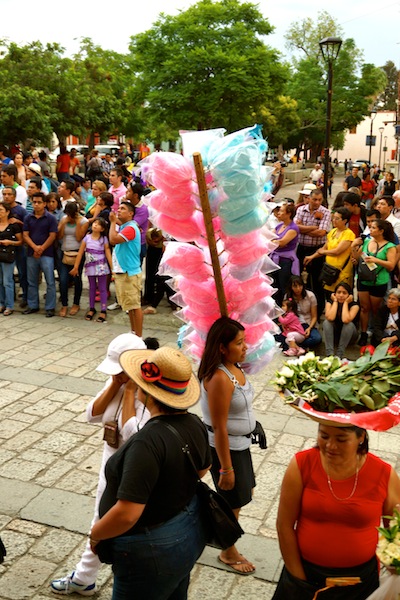 Then it begins and everybody focuses on the parade. The different groups showcase a sample of their talent, enthusiasm and beautiful costumes! 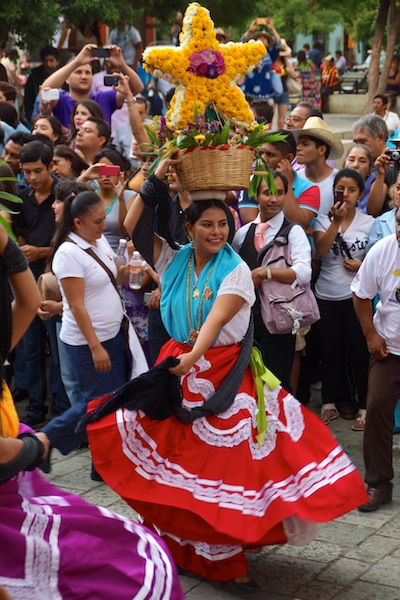 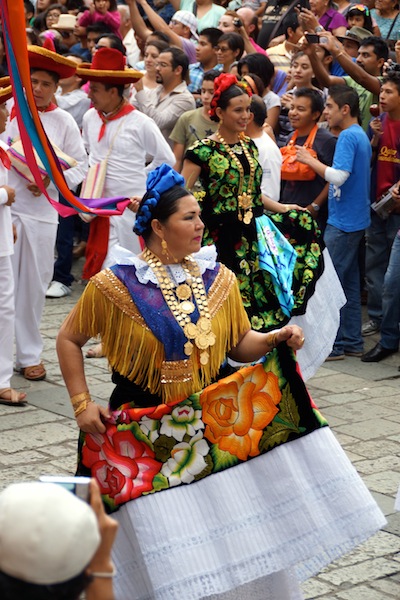 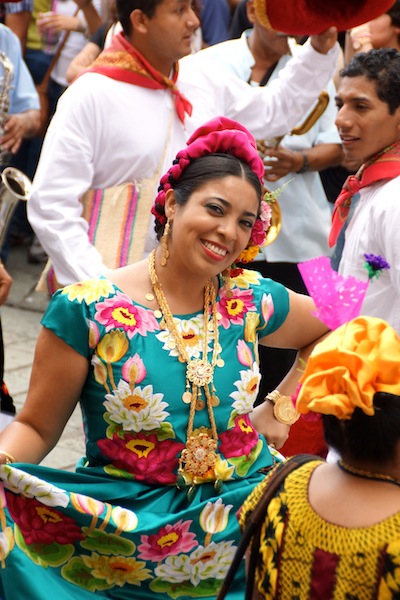 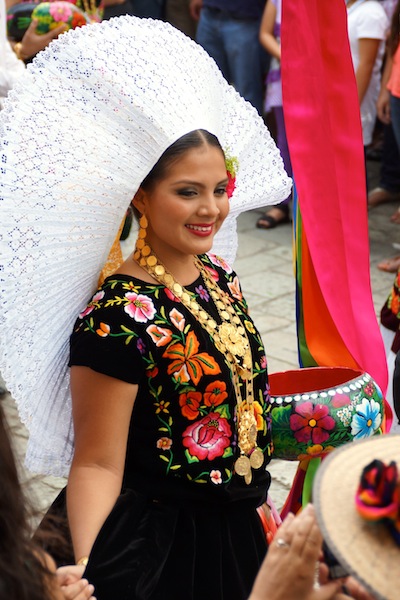 My daughter who was born here and still does not realize we will be leaving one day, cheered, also gave “vivas” to Oaxaca, sang and danced!

When she told me how happy she was, once more a hint of sadness came over me. It will not be easy to say goodbye next year.

Then I decided to push it all aside and thought, let me worry about tomorrow another day. Let me be happy today, let me celebrate, dance and sing. Let me embrace what Mexicans do best : Viva la Fiesta! Just be in the moment! By the end I was exhausted but happy. 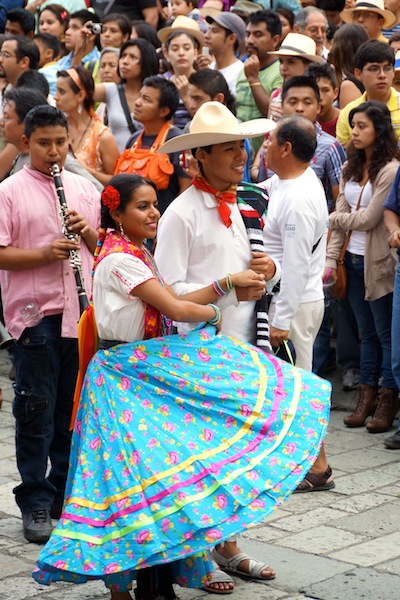 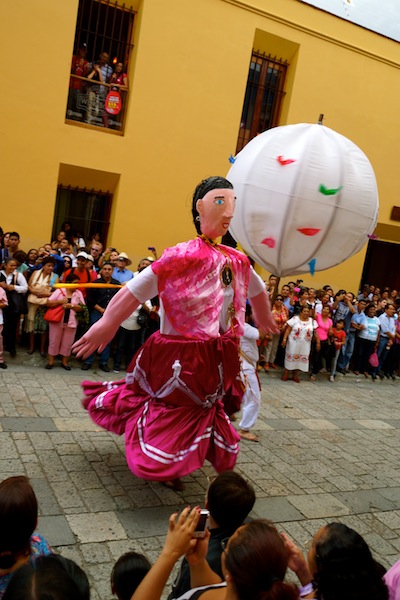 The next day the Guelaguetza didn’t disappoint. The scenery is dramatic, you have a beautiful view of Oaxaca while you are enjoying the festival. 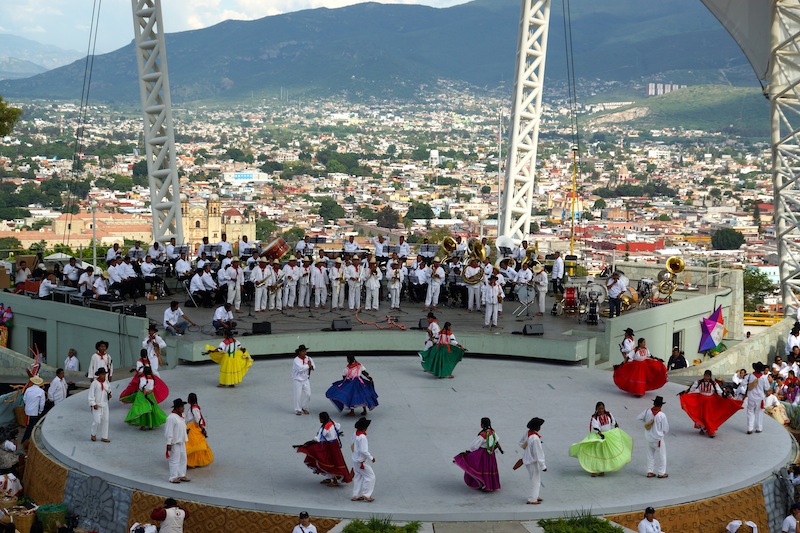 I leave you with a taste of one of the most original dances in my opinion. It is called El Torito Serrano of the Sierra Norte region. The dance represents a bullfight, where the women represent the untamed character of the bull and the men the gallantry of the bullfighter. It shows how strong and fierce women can be!