La Central de Abasto, the biggest market in the world

Imagine the biggest wholesale market in the world, the feeding belly of  a capital of 20 million people bustling with activity at all hours of the day and night. A small city within a city that spreads over 327 hectares (808 acres) and deals with 30.000 tons (66 million pounds) of produce and 300.000 visitors daily.

The Central de Abasto is an island of colour and scents created by the wonderful produce that arrives from 28 different states in Mexico and from abroad. Just to name a few, you can find fruits and vegetables from the US, spices and dates from Asia and extra virgin olive oil from Spain.

Since the 15th century Mexico City has been the main center of commerce in central Mexico. In pre-hispanic times there were open air markets which served most of the commerce in the city. Later when the Spaniards conquered Mexico there was an attempt to create more established markets to better control the food supply and channel it to where it was needed within the colony.

One of the first established markets was “El Volador” located in the city center where the supreme court is now. When Mexico gained independence in the 19th century, El Volador lost its importance and its business spread to the area known as “La Merced”, with new shops opening and certain streets specializing in particular trades and goods. That is how the famous “La Merced” market was born, reaching its peak at the beginning of the 20th century, when it handled most of the wholesale transactions in the city. It became  known as “the stomach” of Mexico City.

With the increase in population and the continuing growth of Mexico City, “La Merced” market and other markets in the city didn’t have the capacity anymore to fulfill the demand (although they still operate). There was an urgent need for a central market that would control, feed and distribute enough produce to meet the needs of the capital. That is when, in the beginning of the 80’s, the Central de Abasto was built with the aim of joining producers, wholesalers, retailers and consumers from the whole country.It handles 80% of the consumption in Mexico City metropolitan area.

When you arrive you cannot not believe the size, there is no end to it! You see aisles and aisles of wonderful produce and you feel the urge to explore and buy everything! The pomegranates are in season now and they looked great. 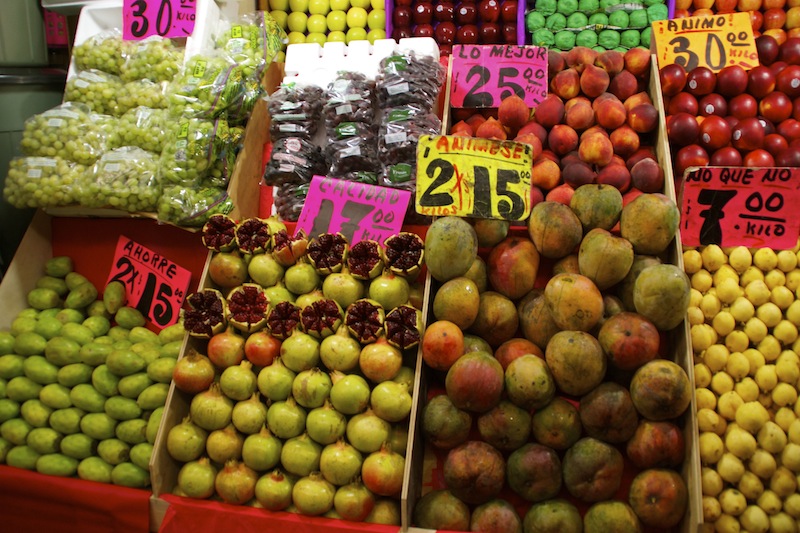 What about some coconuts or apples? 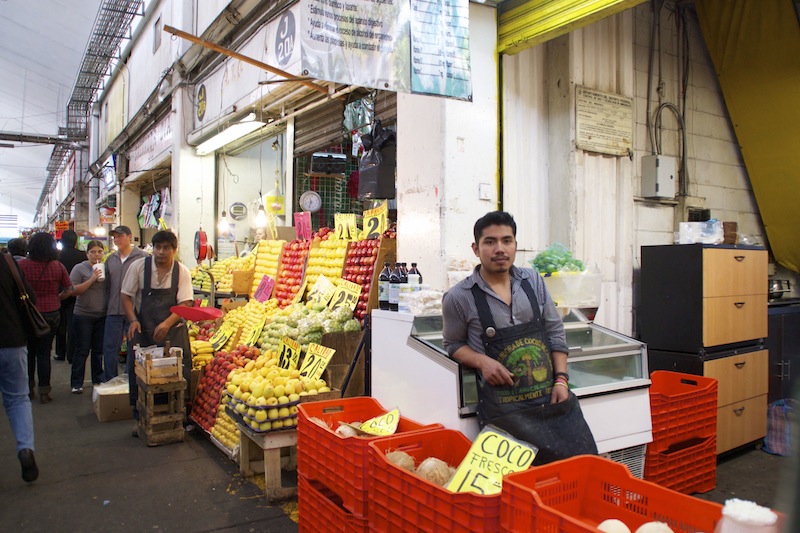 Everything looks so fresh 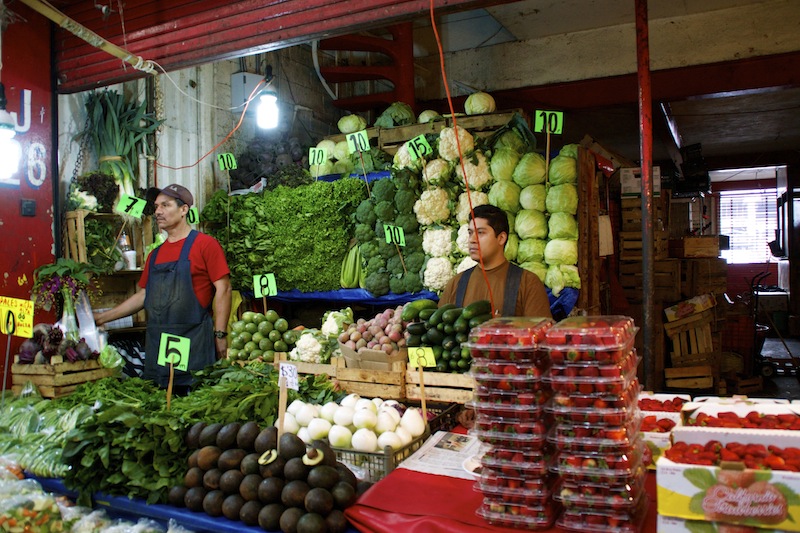 And I just love the display, it really makes you want to buy everything! 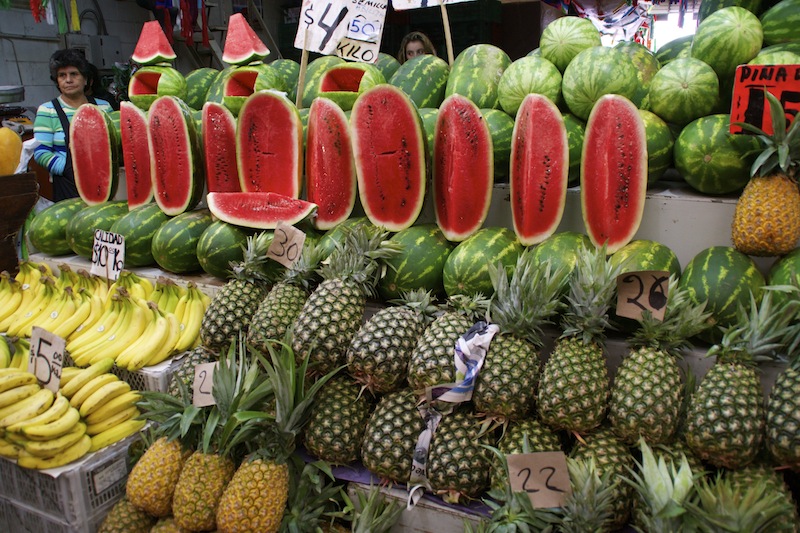 The vibrancy of the colours and composition inspires you 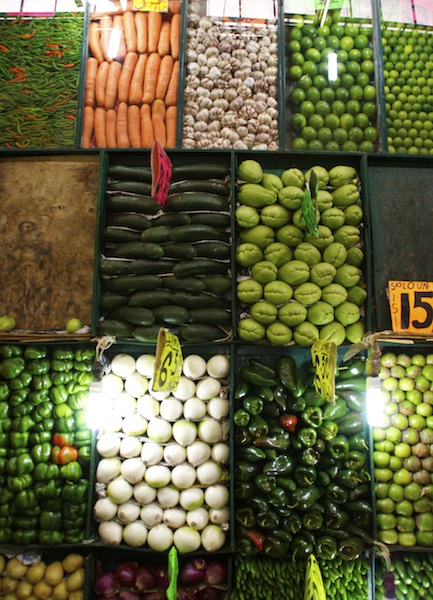 So many kinds of produce, here you can see different types of bananas

A great variety of chiles 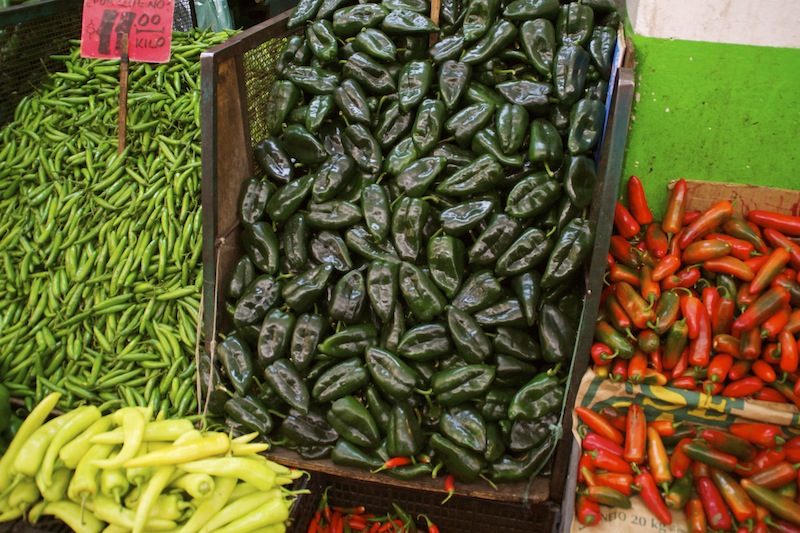 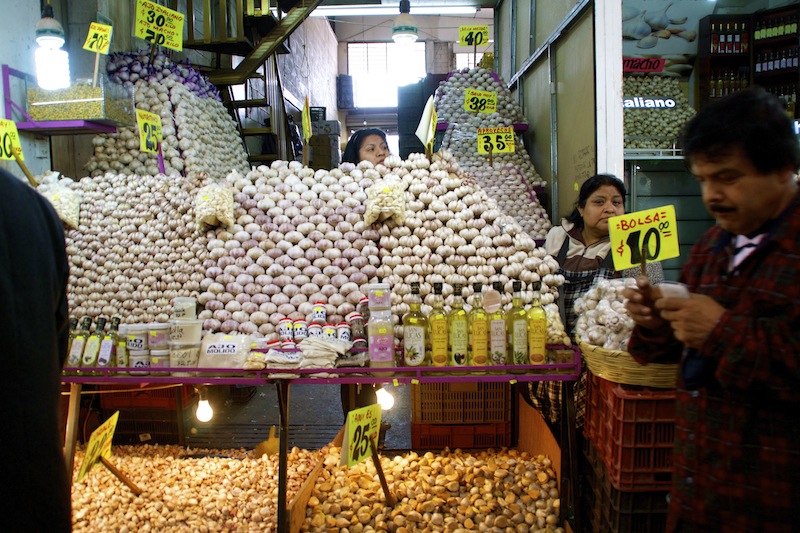 You feel overwhelmed by the choices

And then you always learn something new. On the left, in the lower box you can see a kind of gigantic green bean. One is open and there is something white inside. I had never seen or tasted anything like it. They told me it comes from Veracruz and it is called “vaina” or “cuajinicuil”. When you open it, there are brown stones inside wrapped in a white, soft and sticky substance which is what you eat. It has a sweet and unique taste. Couldn’t help buying a few … 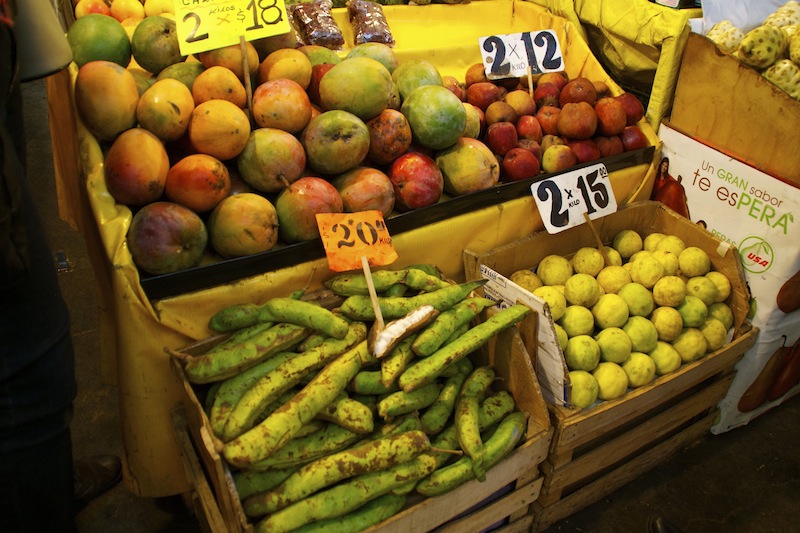 The Central de Abasto has a new administration which is trying to tackle the two major problems. One is security and crime. Being the size of a small city, it is bound to face the same problems, particularly robberies. The Central de Abasto has been increasing the number of cameras spread around the market place and according to what they told us, 1000 more cameras are planned so that the whole market is covered. It is very difficult to cover every inch as you can see how big the corridors and aisles are… 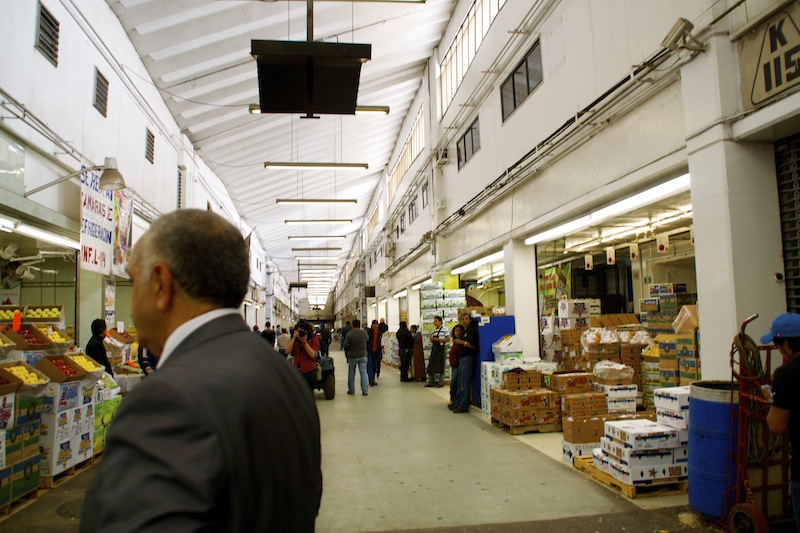 However, security has improved dramatically and they hope it will become even better in the future. If you ever feel like visiting the market, you should always wear simple clothes, comfortable shoes and never wear any jewelry or carry other expensive items.

Another problem was the garbage generated by the incredible amount of materials and produce. This has also improved dramatically. They have a battalion of cleaners who help keep the market in proper sanitary conditions. They have also been studying ways of transforming this garbage into electrical energy.

And if you are wondering what they do with the excess produce, they have created a great program which is called “The Central de Abastos in your neighborhood”. There is a fleet of trucks that daily distributes the excess produce to low income neighbourhoods and either sell it 60% cheaper or donate it to the poor.

The Central de Abastos plays an important economic role, generating an average of 70.000 jobs and contributing to set the prices and distribution patterns for the whole country due to the volume traded daily. The aim is to sell the highest quality at the lowest possible prices.

It would probably take months to get to know the whole market, it is a fascinating place that captivated me. I leave you with the striking colours of the flowers, I just wish you could have smelled the captivating scent…