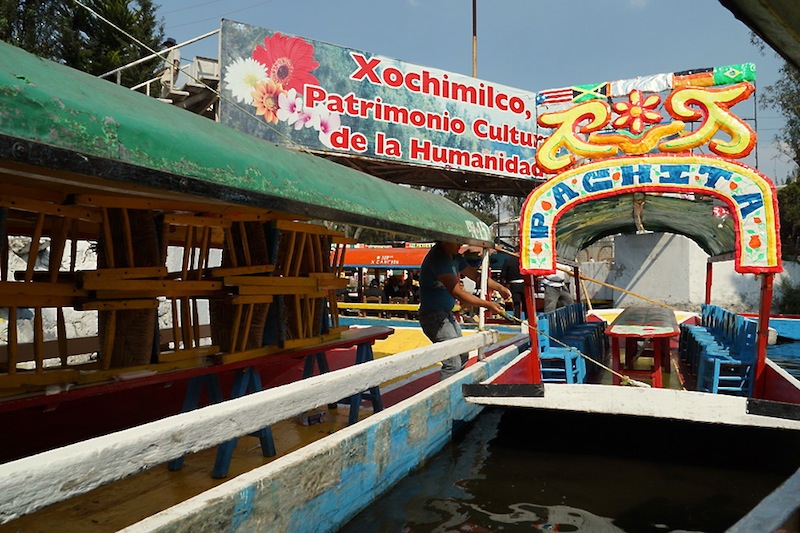 The Venice of Mexico – Celebrating 33 years of marriage in Xochimilco

The Venice of Mexico, Xochimilco, was one of the first places I visited when I first came to Mexico. I had just moved to our house and being 5 months pregnant, meant the opening of all the boxes was moving at a rather slow pace. I was feeling slightly overwhelmed by everything. Being as sweet as always, the owners of my house, Carmen & Luigi, proposed to show us the Venice of Mexico! I had no idea what they meant, they just explained it involved water canals and lots of flowers!

It is rather close to Mexico city, about 45 minutes to 1 hour depending on traffic. It was exactly what I needed! We chose a boat, the canals were beautiful. We encountered several other boats with Mexican families celebrating who would toast to our health and the baby’s and had a marimba (sort of big xylophone) group serenade us. Then ended up by visiting one of the many nurseries where we bought so many plants they almost didn’t fit in our car.

It was such a happy day! My husband who would usually complain about my exaggerated purchases, saw me so happy with everything, that he just pointed out that soon we would have to put plants on the roof! Believe it or not, this trip was the turning point, the beginning of my love affair with Mexico.

That is why recently I suggested we should go back, my daughter is almost three and I suspected she would love it now as much as me.

As Carmen & Luigi’s wedding anniversary was coming up they suggested we all, including their cousins, celebrate it together in Xochimilco. The Venice of Mexico is by the way a UNESCO world heritage site. We went on a friday, weekdays are much better than weekends since you don’t have so many boats in the canals.

When you arrive at the port (“embarcadero Nativitas” is our favourite), many boat owners will approach trying to convince you that their boat is the best or the most beautiful. It usually takes a few minutes to negotiate the price and then off we go.

99% of the boats have Mexican names, mostly female. If you book in advance or are willing to wait they can even paint your name and rename the boat. 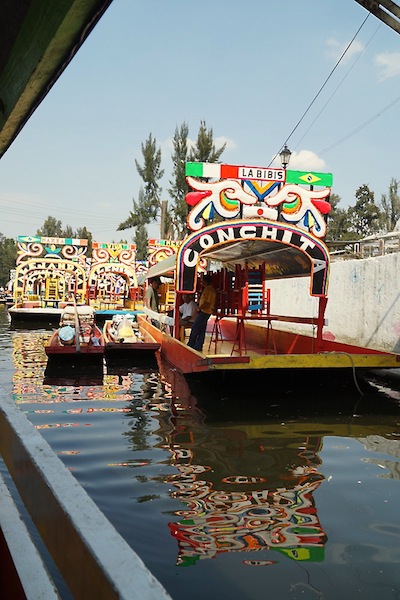 As there was no “Carmen” available, to be original we decided to go with the first 1% non Mexican name we could find, “Astrid”, maybe inspired by some Scandinavian goddess or queen. Or most likely just the name of some swedish tourist who came through these waters! Anyway, this was our Mexican gondolier. 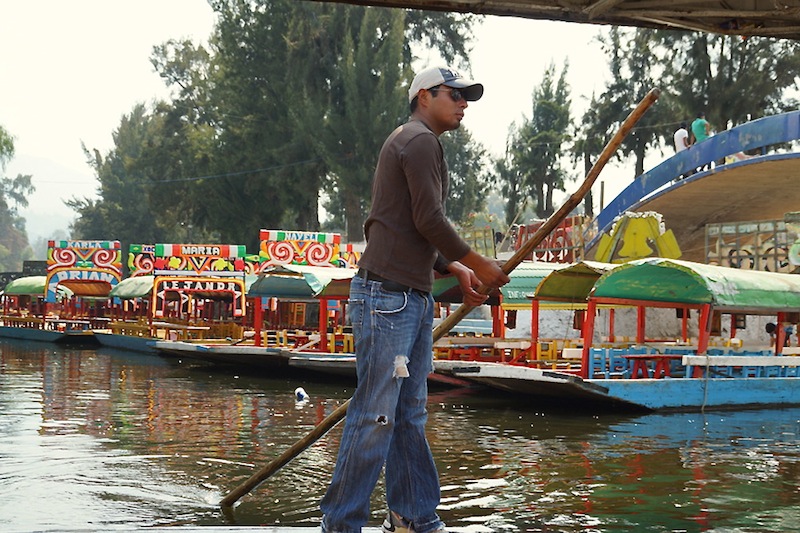 You encounter other boats and parties, like this one being serenaded by a group of Mariachis 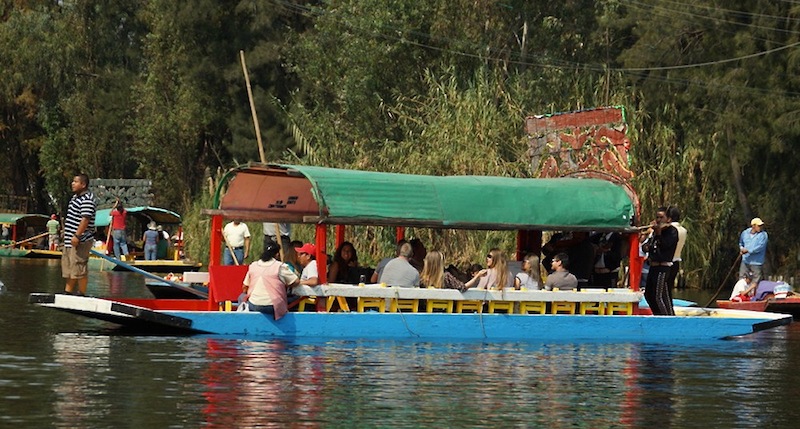 Although most people like us take a picnic, there are always small boats who will offer you home-made cooking 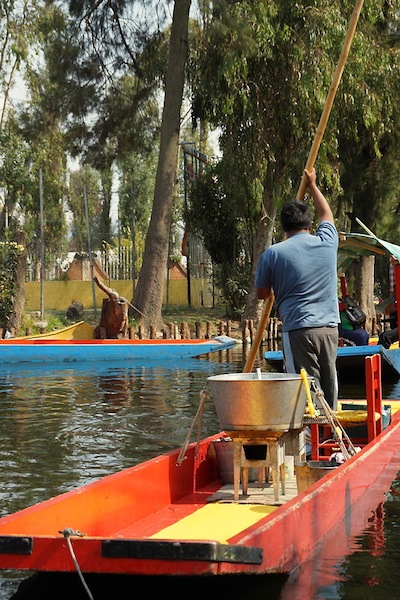 And if you don’t have any customers, you can have a bite while waiting 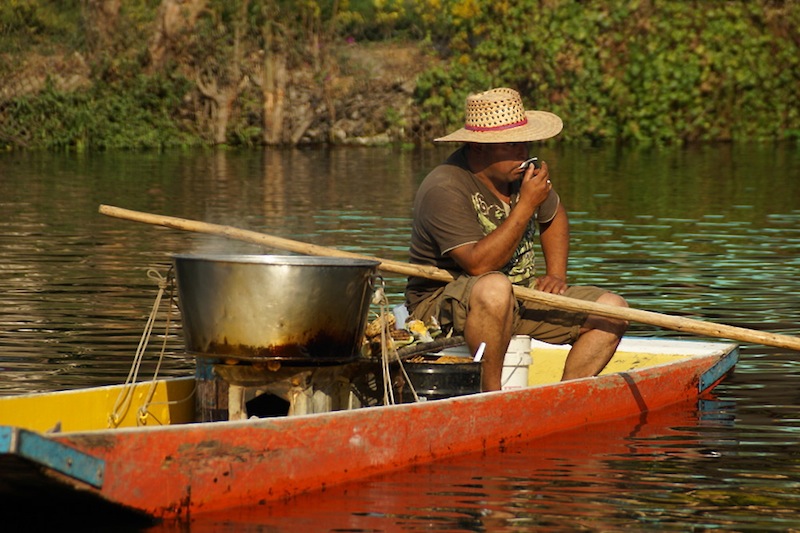 There are boats which offer handicrafts or even flowers 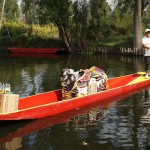 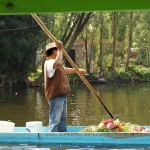 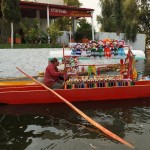 Faith and religion are also always present in Mexico 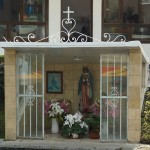 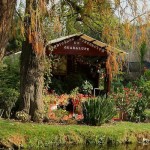 Any excuse can be used to celebrate. An engagement party, a christening, wedding anniversary, a birthday, a bachelor’s party, you name it! We didn’t get what these 4 boats tied together were celebrating but the way they toasted us it must have been going on for hours! When we asked how many boats they could put together, they said up to eight! 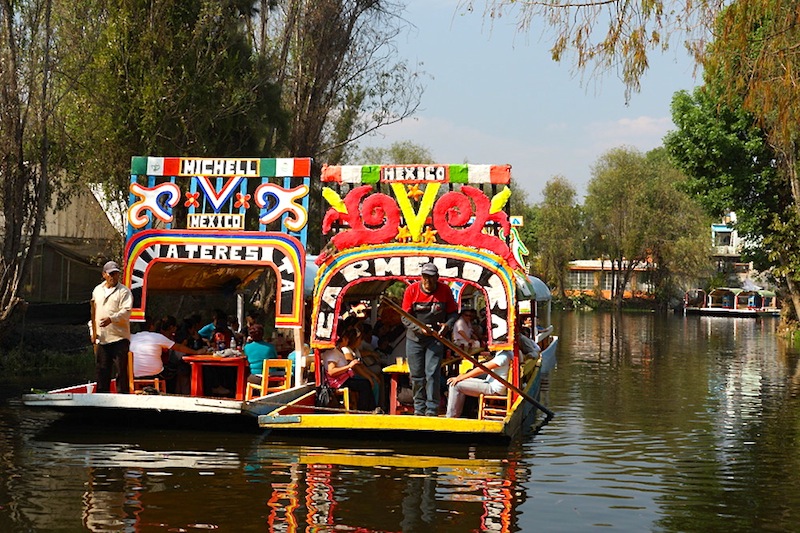 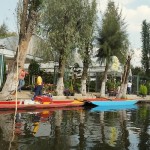 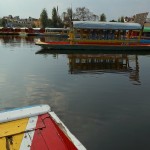 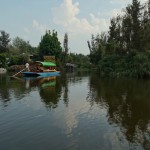 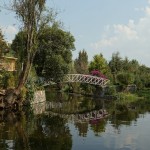 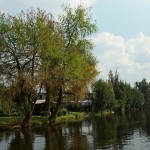 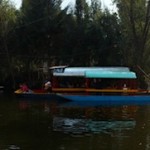 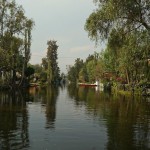 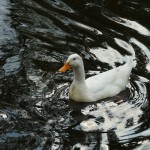 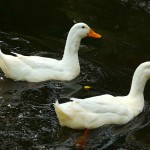 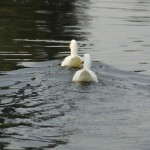 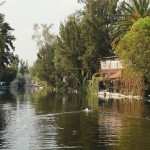 At some point after toasting and offering tequila to other boats numerous times, telling everyone it was Carmen & Luigi’s 33 wedding anniversary and forcing them to kiss countless times, we decided we needed some music. There was a boat with Mariachis passing by so we hired them!

You can ask them to sing your favourite songs and our Mexican family seemed to know every word. We had so much fun, dancing, singing, my daughter was elated and so happy! For a moment there, I almost broke down crying thinking how her little heart will break the day we leave Mexico for good. My heart will break too, in this life you spend a lot of time saying goodbye to people who at one point meant so much to you. Yes, you can be in touch but things will never be the same…

On a lighter note, when the Mariachis finished the performance, we were all laughing, thanked them and said goodbye. Off they went in their boat and then we started asking each other who had paid them. One by one, we said no, not me! Then we got to the last person and realize nobody had paid them! We couldn’t stop laughing thinking how could they just leave without asking us for the money. Suddenly, we see a boat approaching at high speed (when I say high speed it means their “gondolero” was rowing like crazy!) and saw that they too had asked each other and realized there was no money. Fortunately, they also thought it was funny! 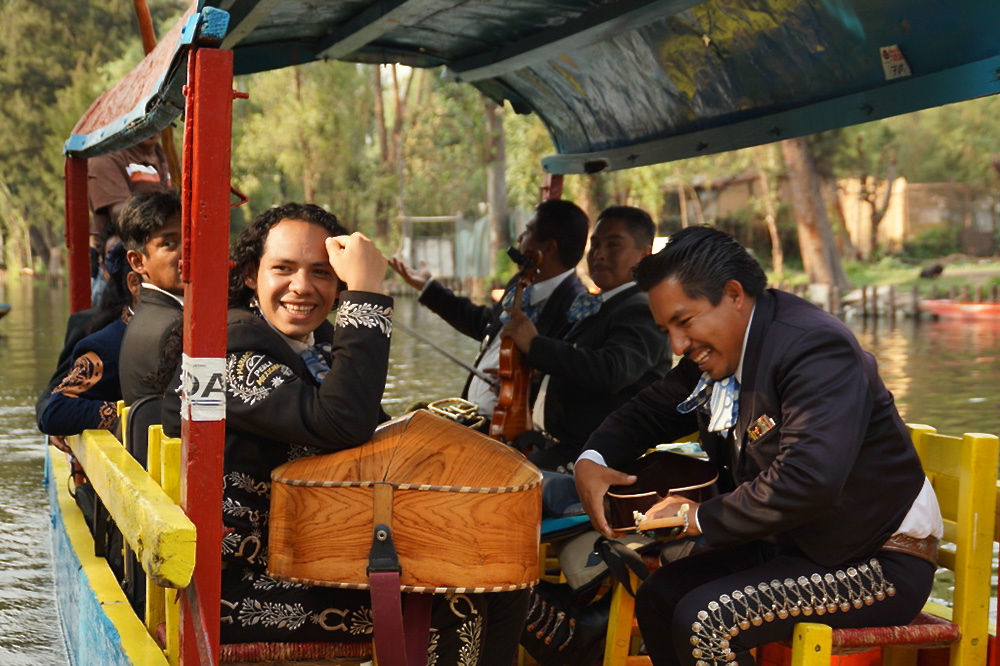