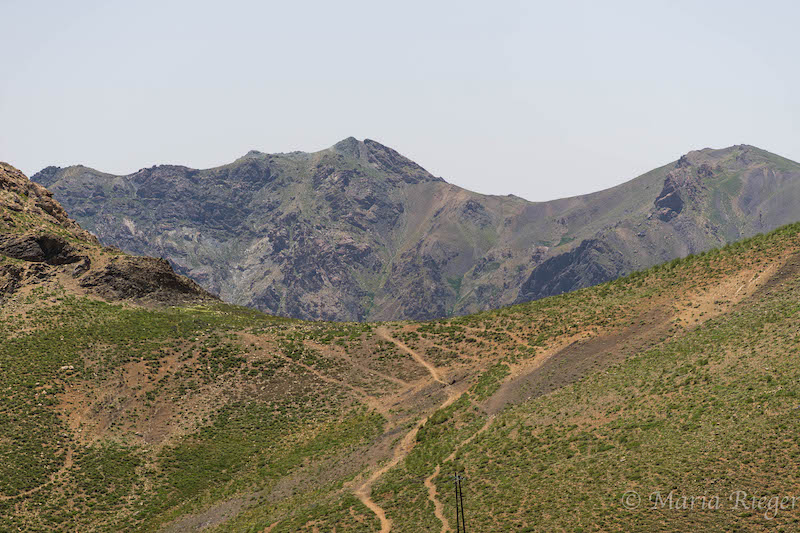 “Why don’t we go to Tochal for lunch ?”, my husband suggested.

Temperatures have been soaring in Tehran. Since I arrived two years ago, I don’t remember being this hot. During the day the heat weighs on you and seems to drain all the energy out of your body. You hope the evening will bring some freshness but often the heat just lingers on, bringing you only a small relief from the daily burning sun.

You pray for some rain but clouds have been absent for some time now. Most of the time you just want to stay in, where there is an artificial coolness courtesy of the air conditioning units which have been working extra this year. Power cuts have been applied to make up for the higher usage which makes it even more difficult to decide what to do.

So when my husband suggested an excursion to Tochal, the mountain closest to our home, I hesitated. Walking up in the heat was not my idea of fun. But then my daughter and him explained that in one of their outings, they had unraveled a new path. One very close to our apartment. All it entailed they explained enthusiastically was a 15 minute walk, tops. We could then take the cable car to Tochal’s station 5 and have lunch up there where it was cooler. We could even pick some wild lavender to dry and have a nice stroll in the most beautiful scenery.

On the way there, my husband mentioned that the path was not very straight and a bit off the beaten track but easy to do. I said fine as long as it was a 15 minute walk, since it was quite hot already and 12.30. Well, he said, of course it is 15 minutes as long as you don’t walk very slowly. I knew it! It had sounded too good to be true! The memory of another walk in the Austrian alps came to mind where 3 hours had multiplied into 9!

What do you mean too slowly? I can’t run up there in this heat! Of course not he said. You don’t need to, just take your time. So, if I take my time, how long will that take, I asked trying to keep calm. He smiled and said it was hard to predict, half an hour, maybe 40 minutes, maximum. Never mind, he said. It is not like we are in a hurry, we have all the time in the world!

I was going to say something bad but then I refrained from it. I should have known better how he always tries to make it sound easy to convince us to follow him on his mountain expeditions. He even added he had brought water and cookies just in case so it was all good.

Again I was about to say something but did not. My daughter laughed when she saw my face and said: “don’t worry mommy, it is really not that bad!”

When we got out of the car, I finally understood what he meant by the path not being very straight and not suitable for cars, definitely more appropriate for trucks! It was large enough but between loose stones and big holes and gaps caused by the heavy rains of two months ago, it was not the great short way I had been told about. 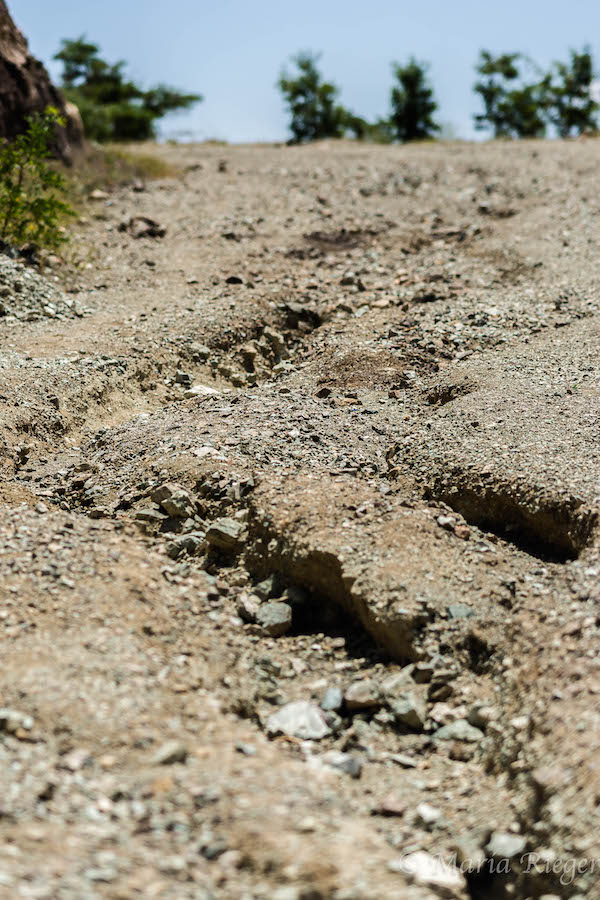 But what it lacked in attributes, it totally made up for the scenery and the great view over Tehran. I did take my time to admire it. As chaotic as this city is, I can’t explain why but I like it. 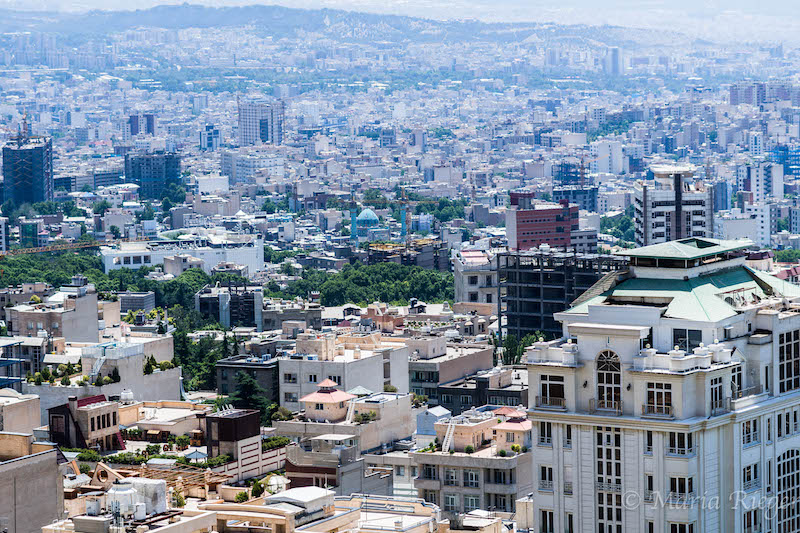 There is a beauty to it. In spite of all the unruly construction going on, you can still find beautiful gems that remind you of a past you never witnessed. 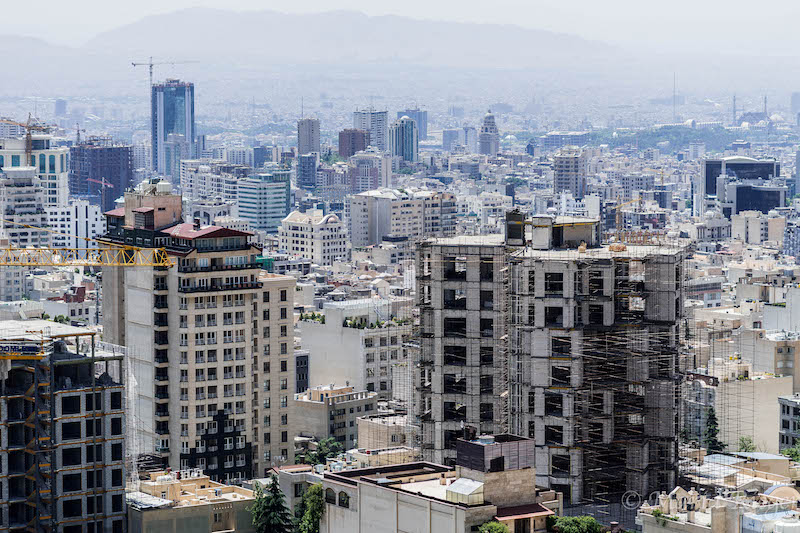 A past, where instead of urban cement high-rises, children grew up in houses with beautiful gardens where they played under the shade of fruit trees. The increase in population changed the landscape but it is still an impressive view with the Alborz mountains in the back and Milad tower standing tall towards the sky. 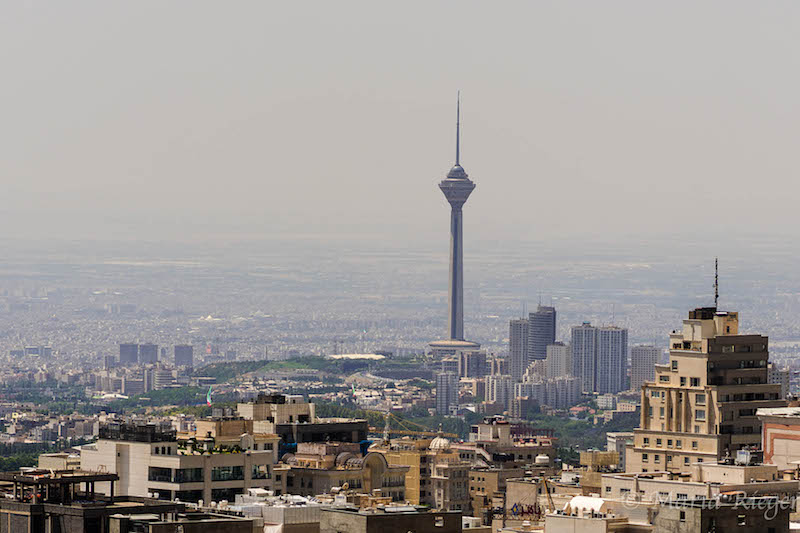 The heat and burning sun was weighing heavily on our heads now, which forced us to stop from time to time to catch our breath. And that is when I started noticing them. The dark crimson red contrasting with the more washed background called my attention. 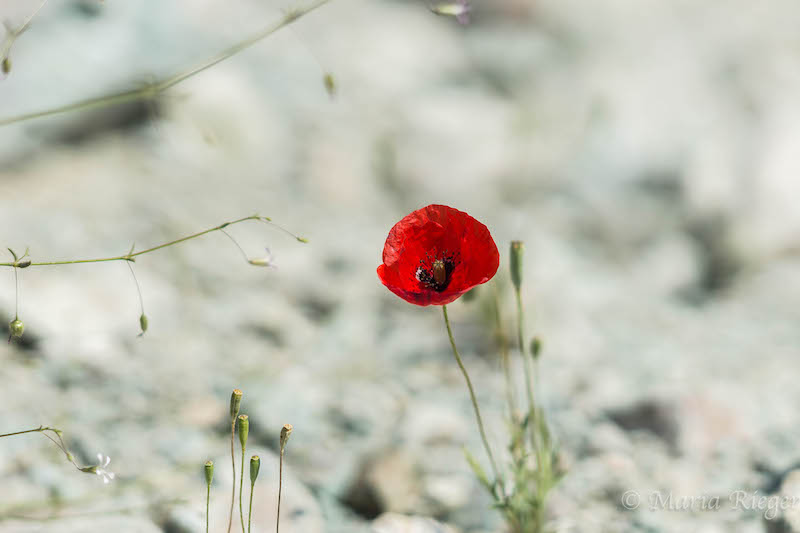 Surviving against all odds, beautiful poppy flowers blooming here and there along the path. 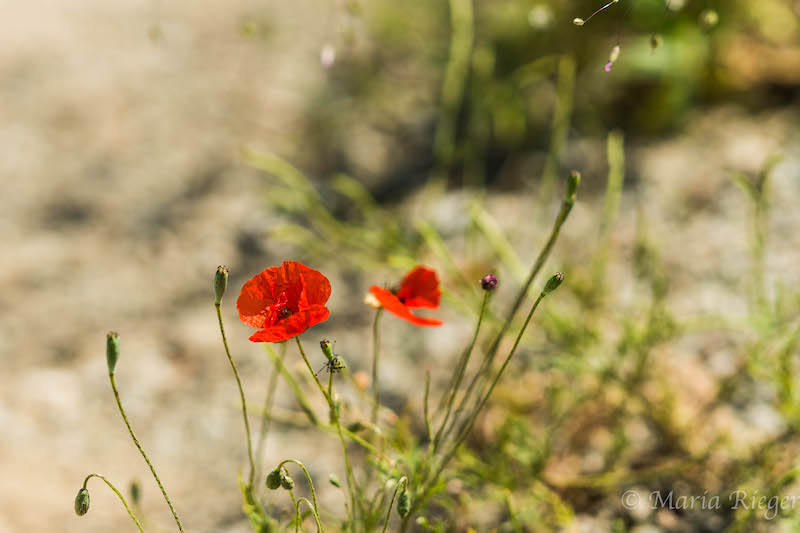 Finally, after about half an hour, we reached the top and waited for a cable car to take us to Station 5. I must admit it was not so bad and we were now on our way to a colder environment. The cable cars looked a bit used  but they seemed to run well. At Tochal, they are usually very busy during the weekend in Iran which is Thursday and Friday and sometimes you have to wait for an hour to get a free cable car. That is why we had chosen a Saturday, a normal working day, to avoid the crowds. 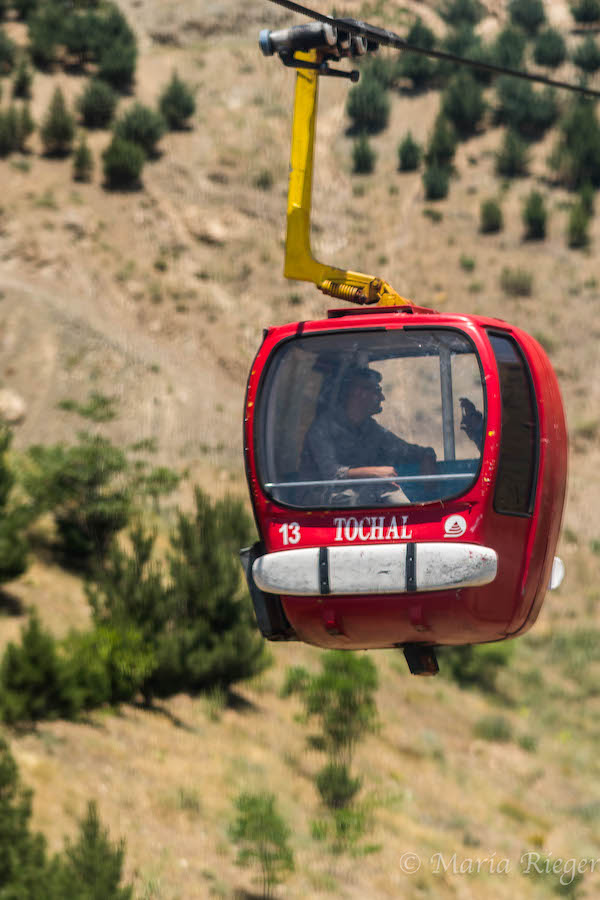 The landscape started unfolding. The slow pace of the cable car allowed us to fully appreciate the surrounding mountainous scenery. 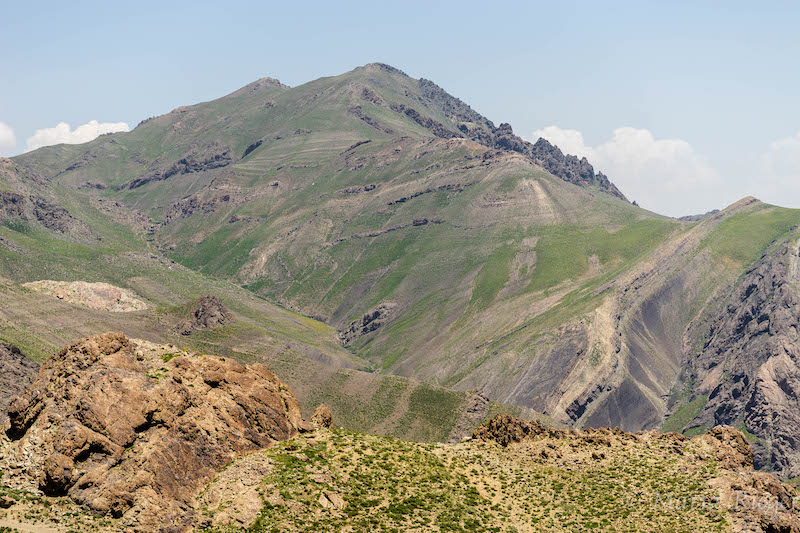 Arriving at Station 5 we were happy to find the restaurant open. The cool air that greeted us made me think it had been all worth it. After a nice lunch at the pretty chalet, it was time to explore. 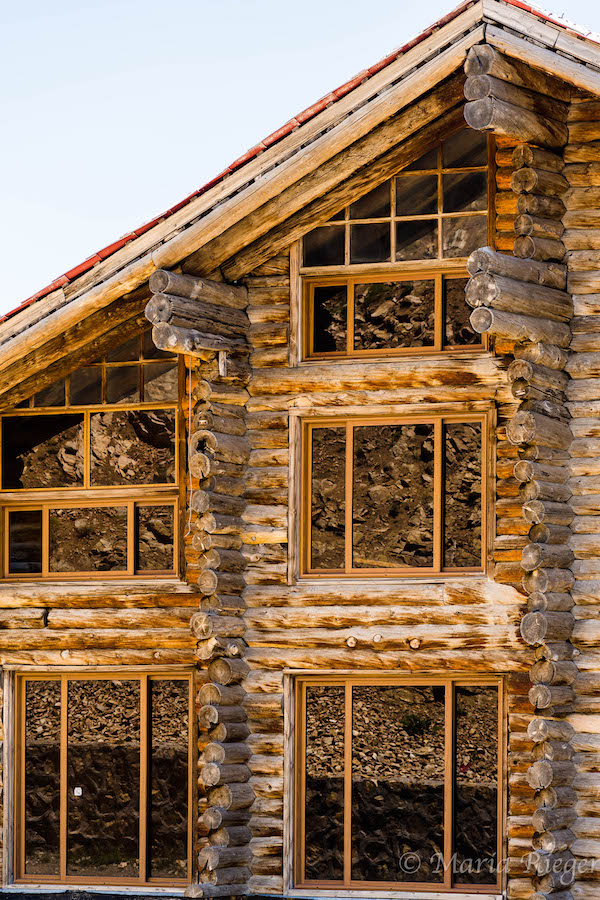 Breathing in the fresh air, we went looking for the wild lavender and soon found it at the edges of the path. 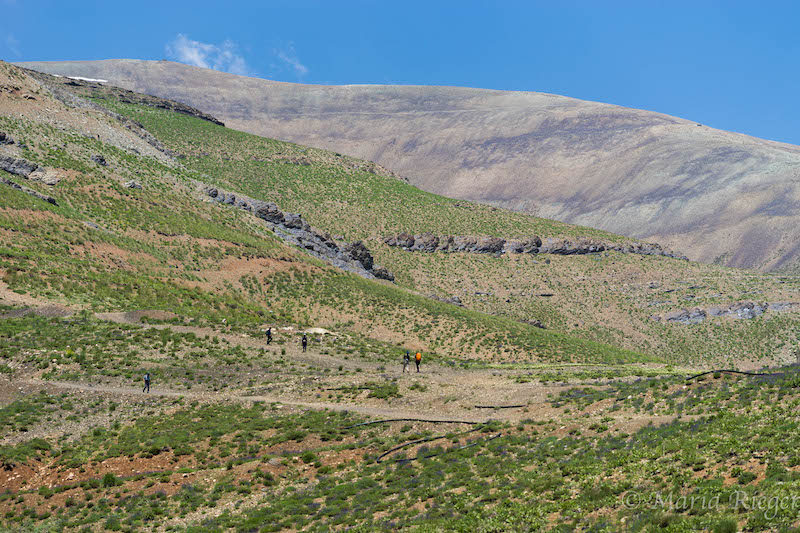 The wonderful strong smell hit us, we picked a few branches to take home. 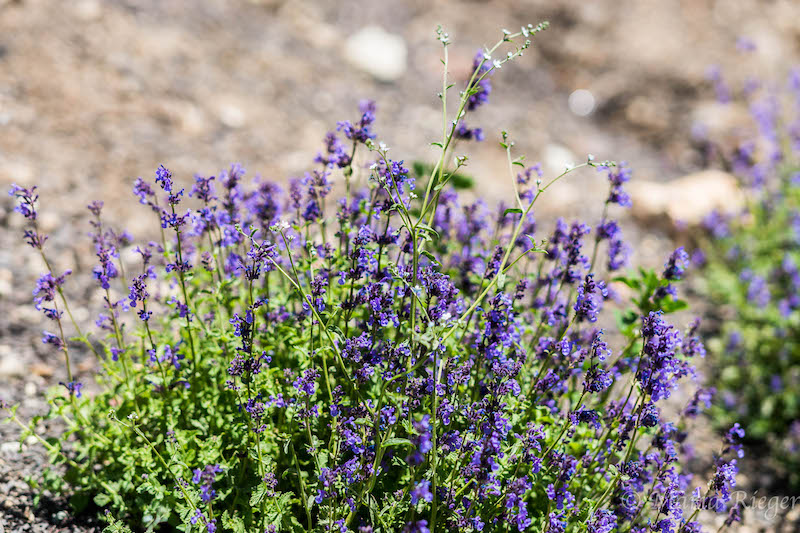 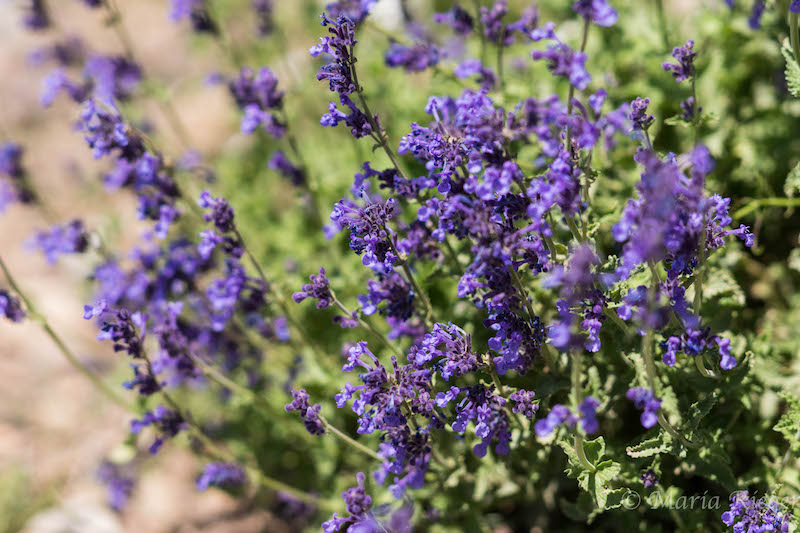 Bees were busy at work not only with the lavender but with other wild species that grew scattered along the mountain path. 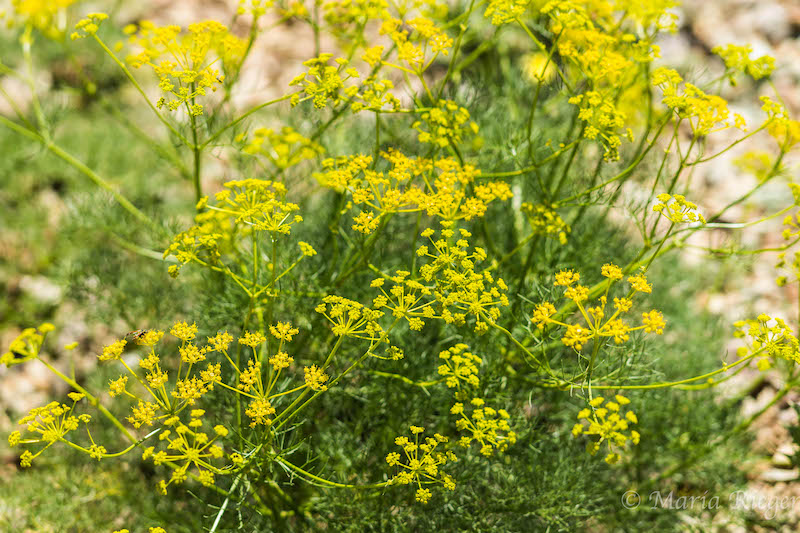 It was one of those days where we feel at peace with the world and in communion with nature. 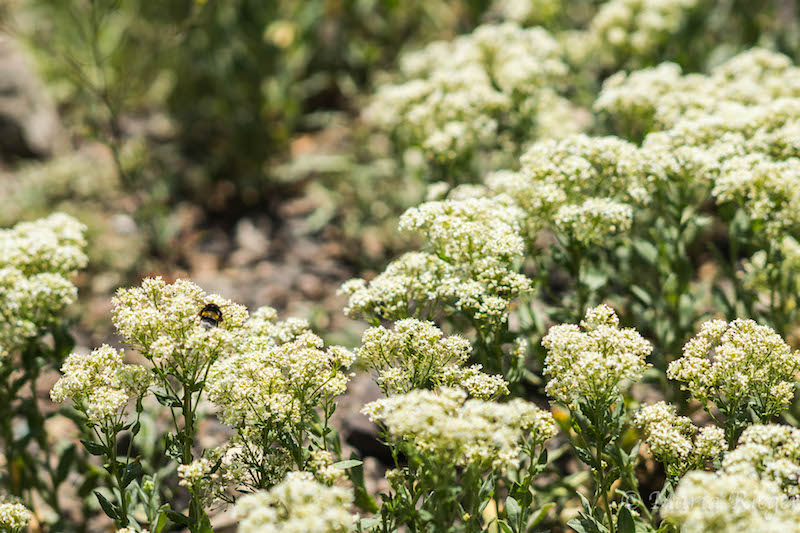 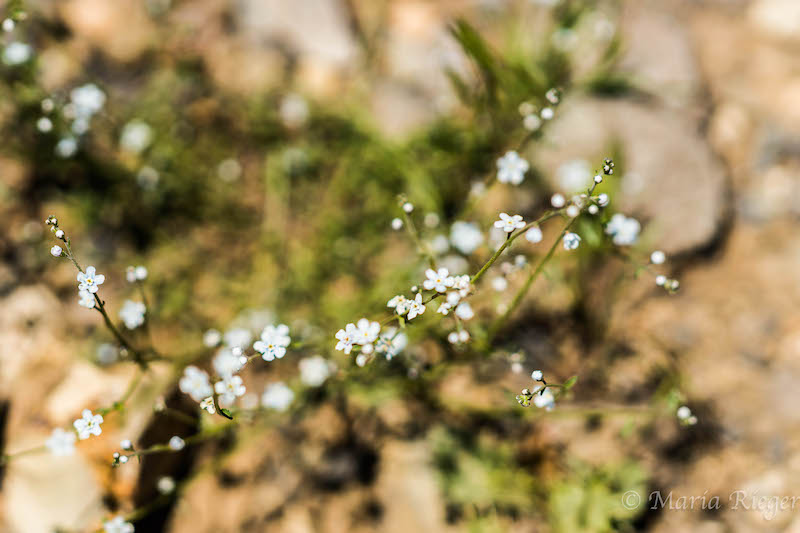 I would have stayed the whole day up there. enjoying the cool air and hiking in the mountains. It was hard to leave it all behind. 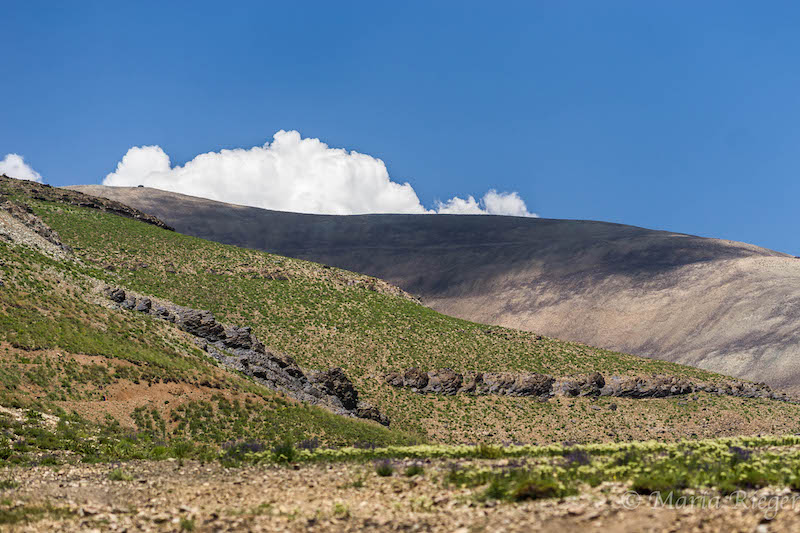 Walking back a cold breeze was picking up. What a contrast from the urban heat down there. Families were still arriving in the cable cars, some carrying picnic baskets, others ready to enjoy the remaining hours until sunset. 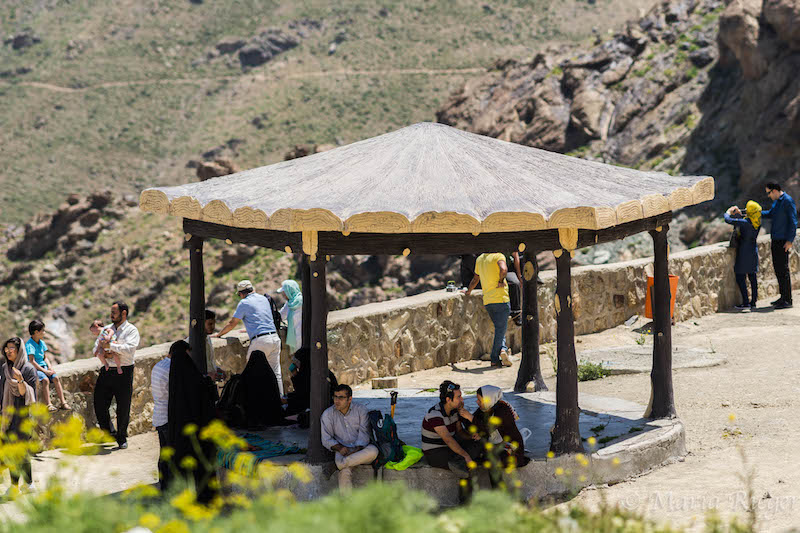 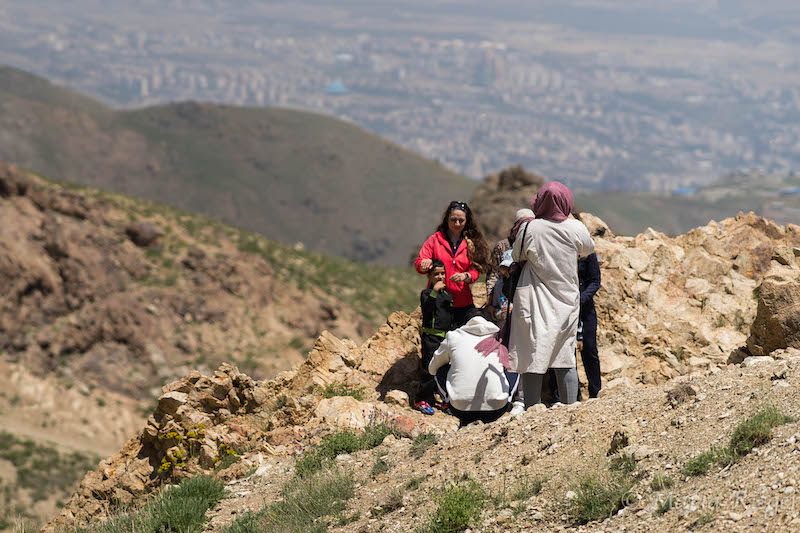 Just before going down we stopped to admire once more the view over Tehran. Such a big city, you can’t help feeling like a very small ant in the presence of such immensity. What is special in Tehran is that even when temperatures soar like this summer, there is always a way of escaping the heat. Tochal is just a few steps away, inviting and serving as a refuge. A peaceful break that always seems to inspire me and help recharge my batteries when I have a lot on my plate.