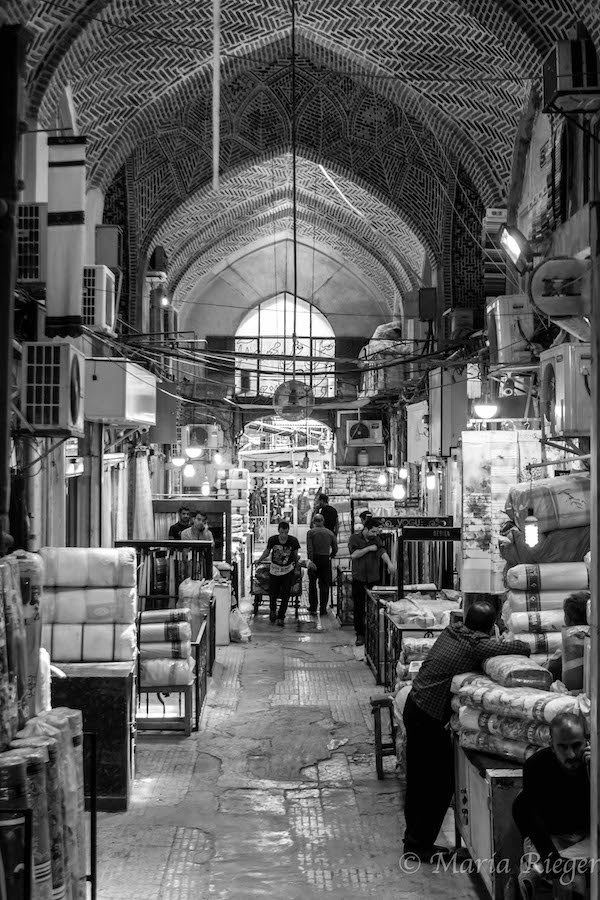 I must confess I usually avoid the Grand Bazar at all costs.

It starts with its location, in one of the busiest parts of Tehran. Traffic is usually a mess with the highest number of motorbikes per square meter I’ve seen anywhere. They are everywhere. Some working as cheaper taxis can take two, three or even four people if there are also small children. And for the most part, no helmets “necessary”. 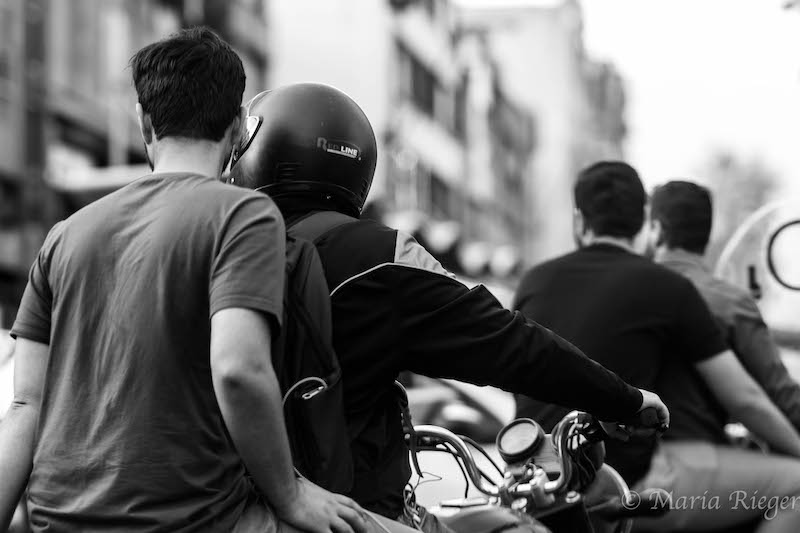 As you can see taking three adults is already stretching it, particularly when you try to cut in between the cars. 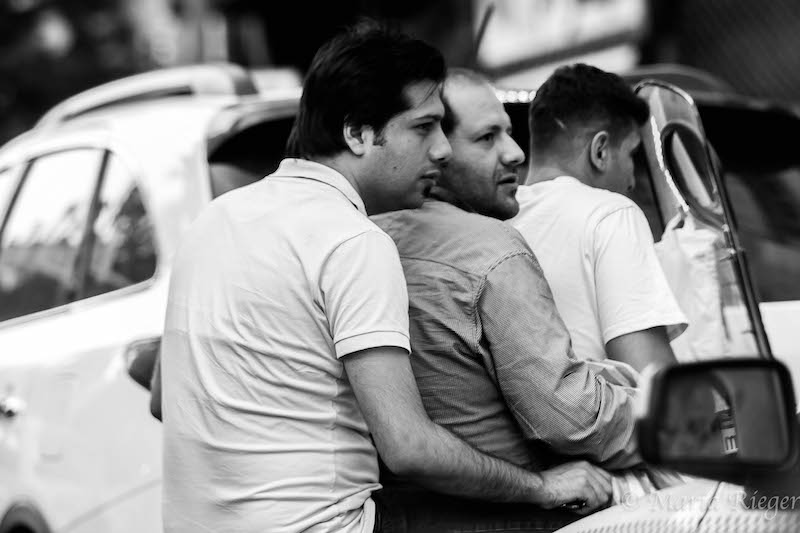 They often advise that the subway is the best option to reach the bazar by getting out at the Panzdah-Khordad station. Then all you have to do is follow the crowds until you get to the main entrance of the Grand Bazar at the Sabze Meydan square.

Compared to other bazars the Grand Bazar is not that old. It is about 200 years old, but what it lacks in age, it gains definitely in size. It unravels throughout 10km of a maze of lanes where you find shops that sell anything you could think of and in enormous quantities.

Many shopkeepers from other bazars tend to buy goods at the Grand Bazar and then sell them for a profit at their shops. But unless I want to buy in bulk, I usually prefer to do my shopping at smaller, cozier bazars.

So why bother you may ask. Well because it is still a place you should visit for different reasons.

One is definitely its architecture. There are gems here and there that are worth discovering and admiring. Just take your time and don’t forget to look up as well. Sometimes it looks chaotic, like the architect went a bit crazy and lost his way. But I find there is a charm to it.

And then there are always beautiful details. 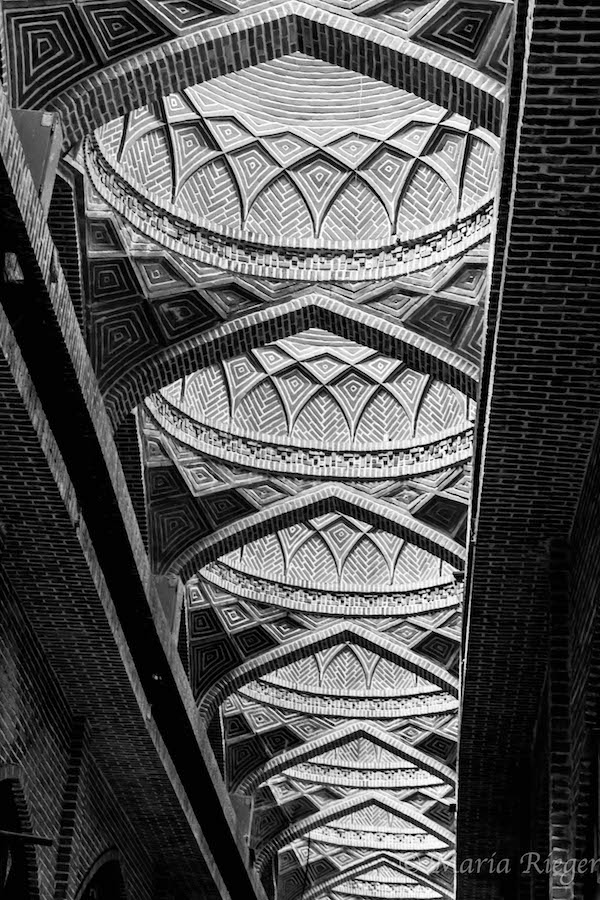 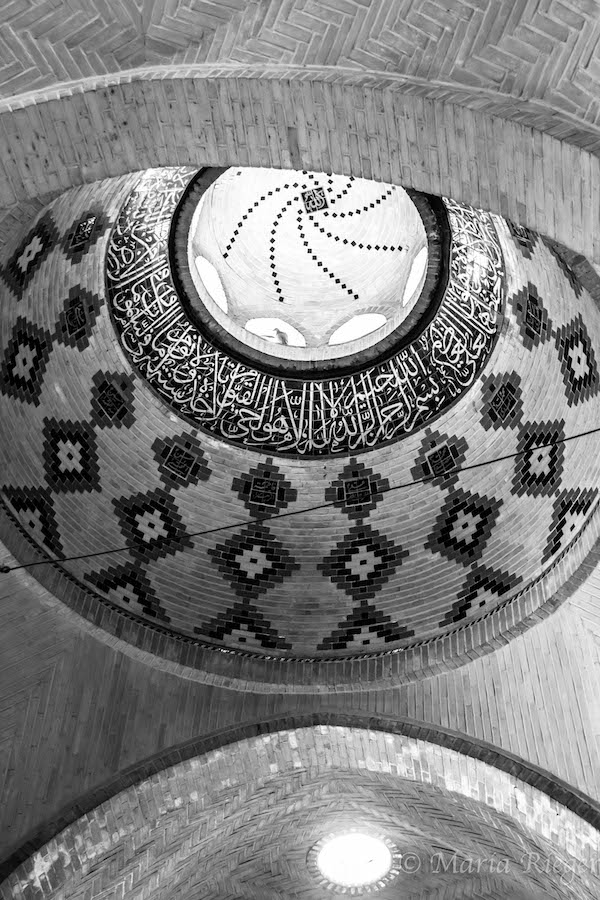 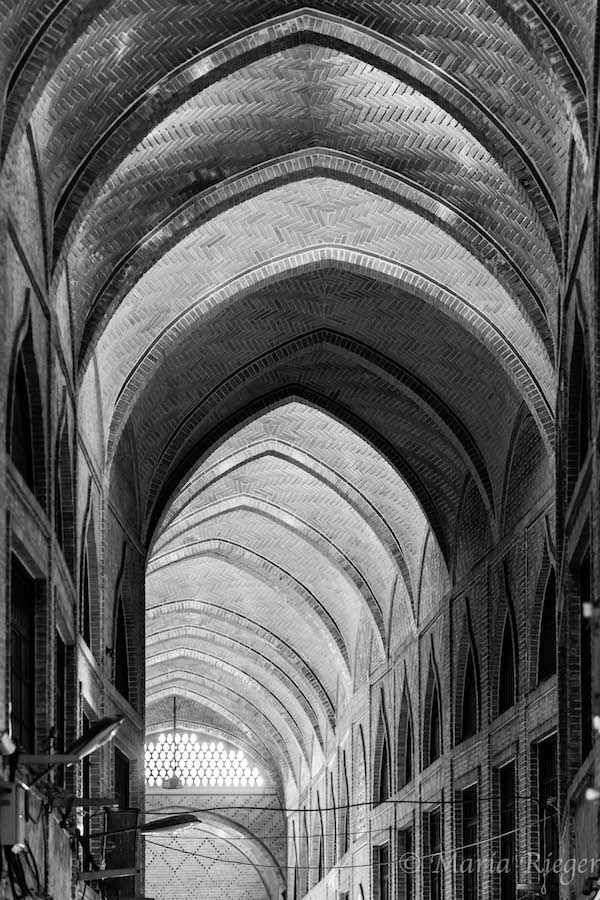 Another thing I like to observe is the shops and shopkeepers busy at work. Usually the different lanes at the Grand Bazar are organized by trade. One of my favorite is no doubt the carpet lane with its overwhelming choice. If I was looking for a carpet, I would definitely not know where to start.

But what I like most is watching people. I love to see the Grand Bazar bustling with people looking around and shopping. This constant coming and going is what is at the heart of a bazar. We usually say the customer is always right but what I have found in the bazars I have visited in Iran is that customers also dictate what merchandise is offered. Tastes may change with the seasons but you will always find what is most popular available there.

Speaking about tastes, I always find it fascinating to look at all the fashion displayed at the bazar not only in the shops but also worn by the people. So many different styles, it is nice to see that Iranians have a strong sense of fashion. I learn a lot, in my case, the coolest ways to wear a scarf or the most fashionable manteau at the moment. 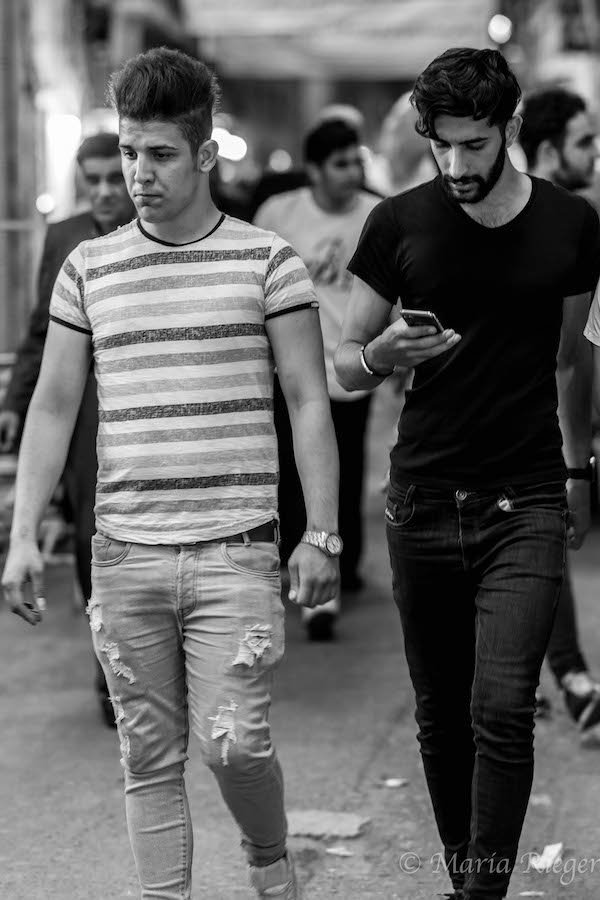 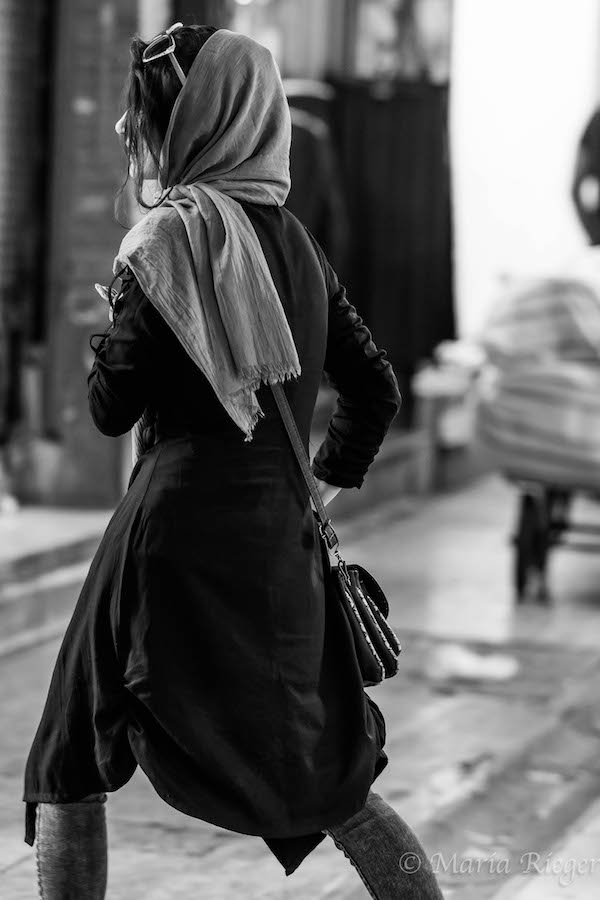 I always try to be discreet and be as invisible as possible as I don’t like to bother people with my camera. But occasionally it is inevitable that people see me. Sometimes they don’t want their picture taken and I respect that. Other times, they don’t mind and even spontaneously smile to the camera. Needless to say I’m very happy when they do. Unexpected smiles always brighten my day. 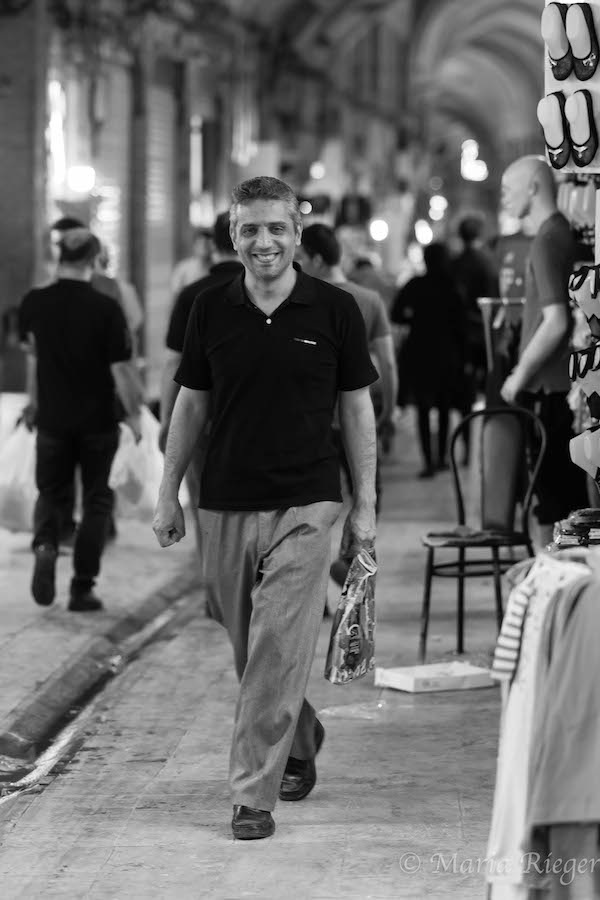 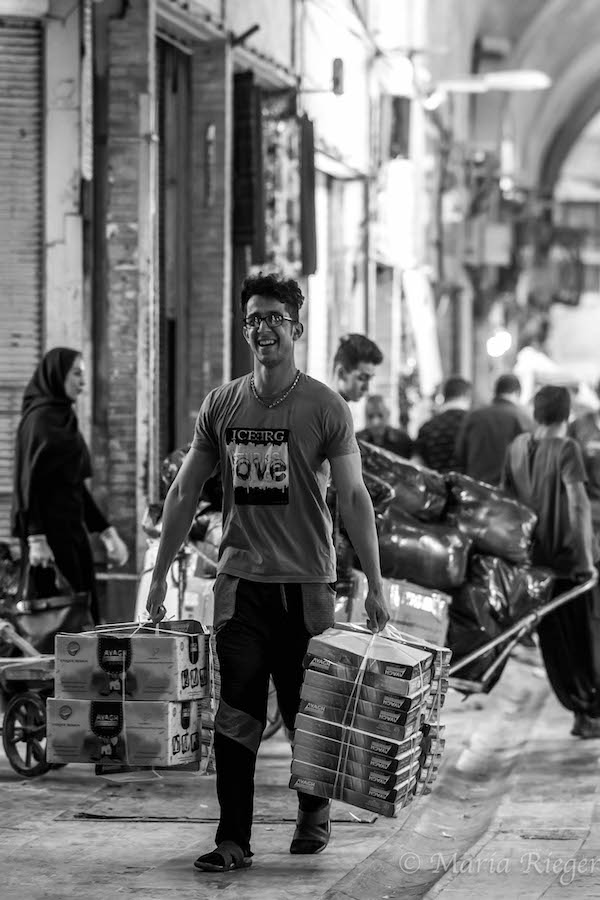 Now a word of warning. As I said the Grand Bazar is big and usually very busy with people. Merchandise is constantly being moved around by porters and their carts. They are many and they try to make a days worth by carrying as much stuff as possible, as many times as they can. 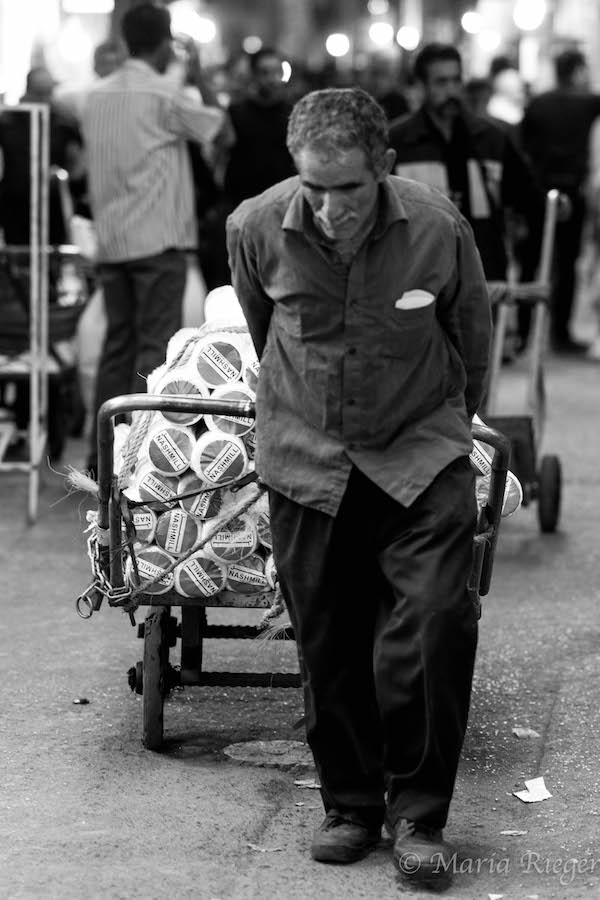 It is an exhausting work as you can imagine. Some have already their back bent as a result of the many years breaking their back at the bazar. Others are still young and rush on every lane, trying to get first to the shops. They often don’t look or care who is walking in front of them, so be careful and attentive. They usually come from every direction. It is advisable to let them pass before you get carried away too. 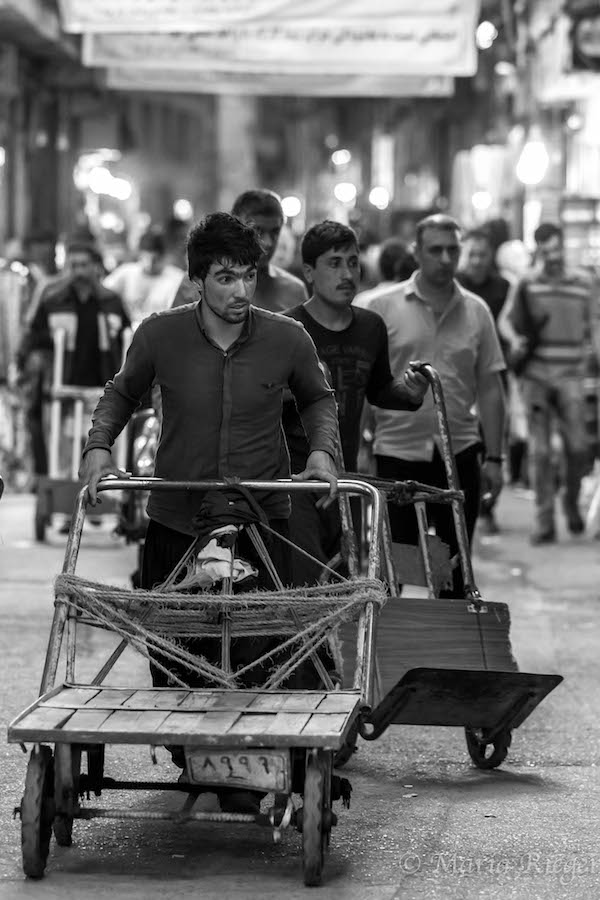 The only time you are safe is when they park their carts for a little break. 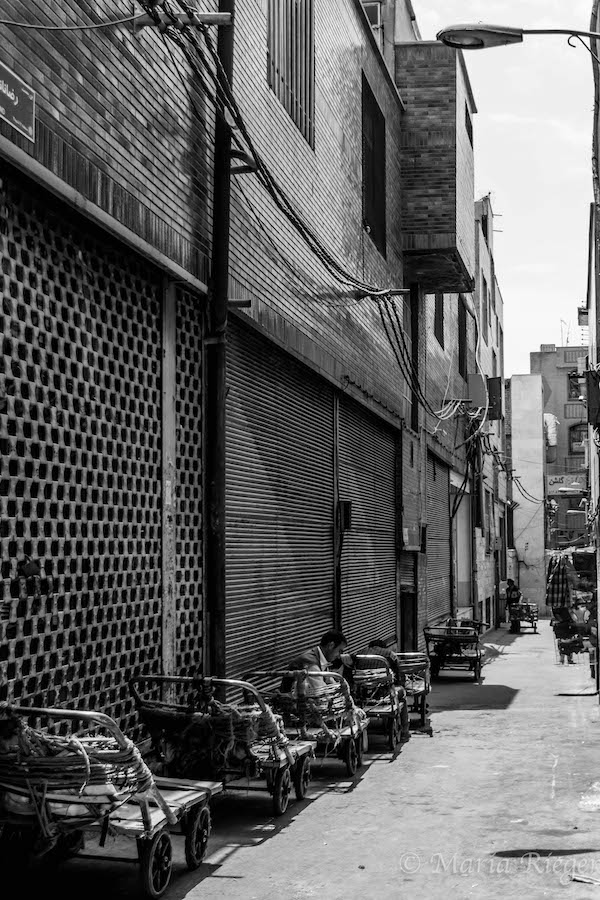 So it is worth to visit the Grand Bazar at least once to enjoy the atmosphere and bustling activity. And if you can, get a little lost, get out into the numerous courtyards. You may find something special or surprising like these beauties. Take your time. 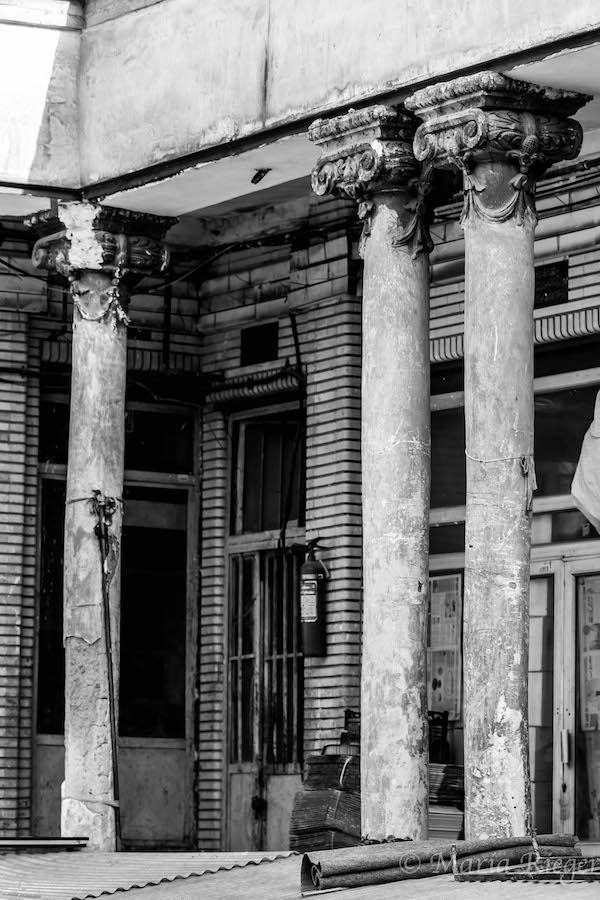