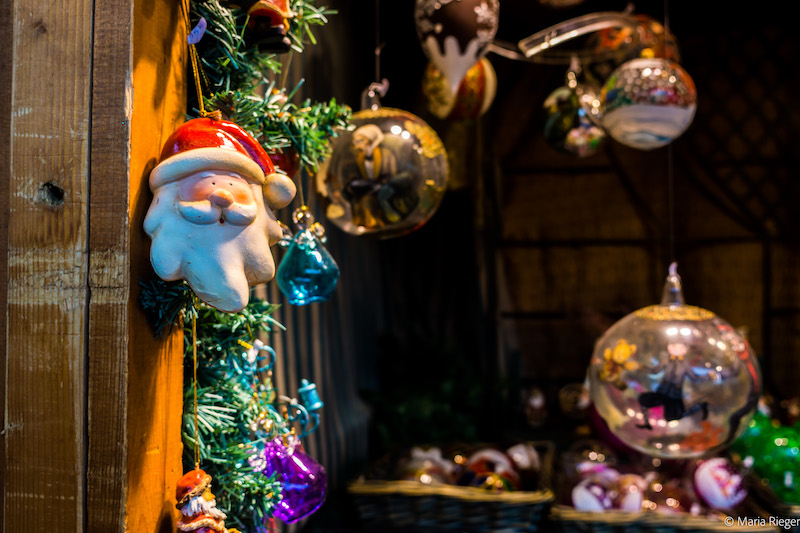 Frank Sinatra is singing a Merry Christmas on my laptop and I’m feeling emotional and not that merry. I woke up at five this morning, still feeling jet lagged and decided to check my emails. Among many last minute book Christmas recommendations, there was an article written by the author Catherine Berg. In it she explains how she misses her mother’s Christmases and how the family is coping with her loss. That made me think how much I too miss my mother’s Christmases.

I’m in beautiful Austria, land of my husband, the best Christmas markets and an almost guaranteed white Christmas. This year though the only snow in sight is from the ice rink but one can still hope. My Christmas rambling today is going to be a fusion of my childhood Christmas in Portugal with photos of my Christmas in Vienna today. The two after all are intertwined and have become part of my daughter’s Christmas family traditions. 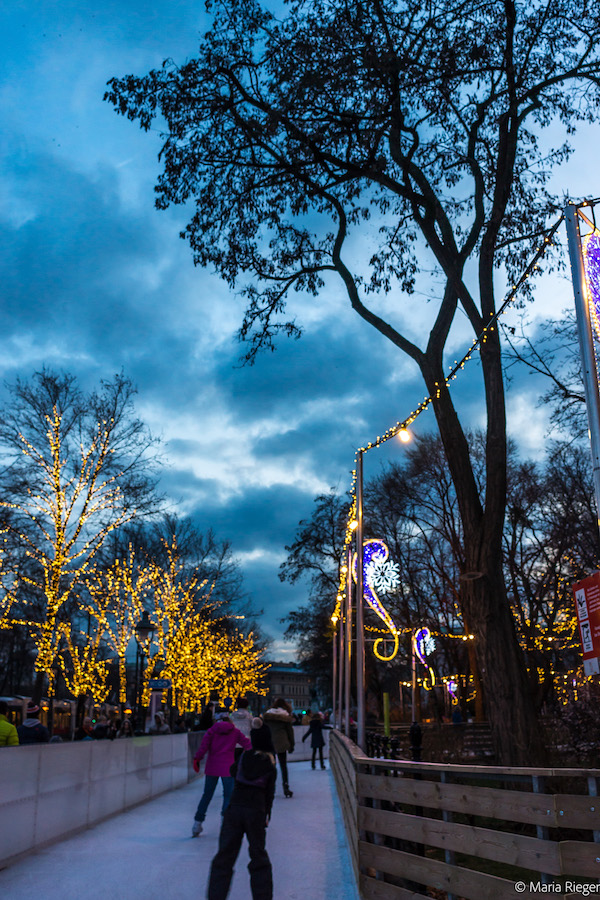 On Christmas Eve, December 24, we usually have a late dinner. It is a very simple meal, a contrast to what we know is coming, the indulgence on Christmas Day, December 25. We eat boiled “bacalhau” or codfish with boiled potatoes and Portuguese cabbage seasoned with olive oil and garlic.

My father had his own ritual. He would put the minced garlic cloves and olive oil on his plate first and then would add the codfish, potatoes, cabbage and would mix everything together. He said the taste was intensified if you did it like that. We did not always follow suit but he was right.

My mother in the meantime would have spent her day baking and cooking, preparing the feast for Christmas Day. She would only sit for dinner and then continue her marathon sometimes until the early hours of the morning. I wish I could say we would cook alongside her but we did not. We would help her in some tasks but she always felt she should do everything herself. When she cooked, she was in her own world. She complained all the time how tiring it was but at the same time, deep down she loved it and was proud to show how much she could accomplish on her own, cooking for a family of eight. 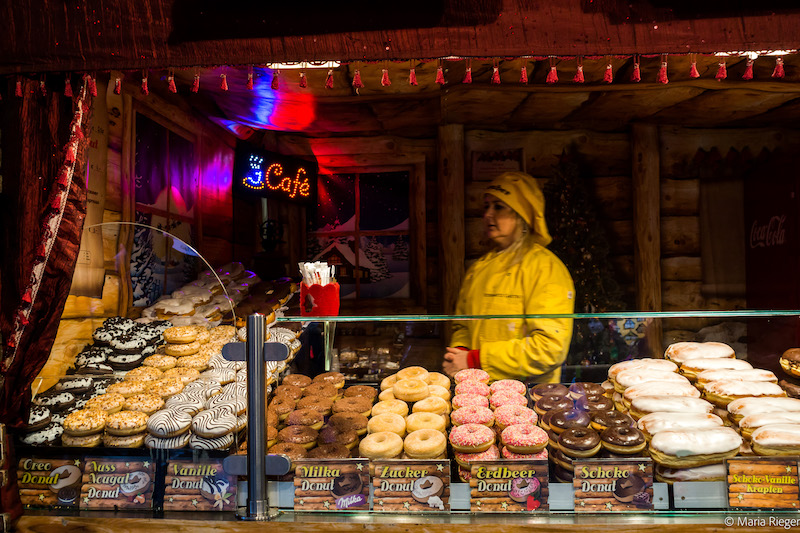 When we were small we would be sent to bed and dream about what Santa Claus would bring us on Christmas night. We left one of our shoes by the Christmas tree so that Santa would know how to distribute his presents. Presents were only opened in the morning of Christmas Day. Being the youngest of six, I remember being unable to sleep, trying to hear Santa Claus come down our chimney. A few times I swore, to the smile of the whole family, I had heard him coming down the chimney.

In the morning we would wake up and rush downstairs excited to see what was under our tree. Being so many, we knew the presents would be limited but still, it was a joy to open each one. Once I learned how to read, books were my favourite present to get. They still are today.

But besides the presents, Christmas would not be Christmas without the smell of my mother’s freshly made “filhoses”. The “filhoses” look like puffed big pancakes. They are fried and then get sprinkled with sugar and cinnamon. But besides the wonderful dough, the syrup that my mother put on top of each one made the experience heavenly. 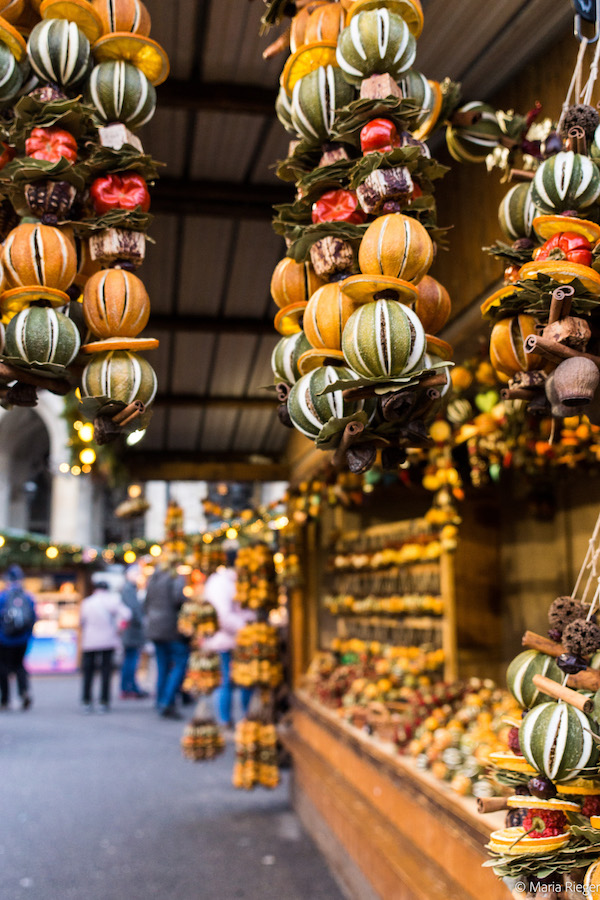 This was a secret family recipe passed by my mother’s aunt who raised her after her parents died when she was still a teenager. It meant a lot to her to honour her family tradition and our Christmas would have not been the same without it. Everyone indulged, devouring several while they were still warm. This was the highlight of my mother’s Christmas cooking. The laughter, excitement, gathering around the Christmas tree and spending time with my siblings and parents was really the best part for me. 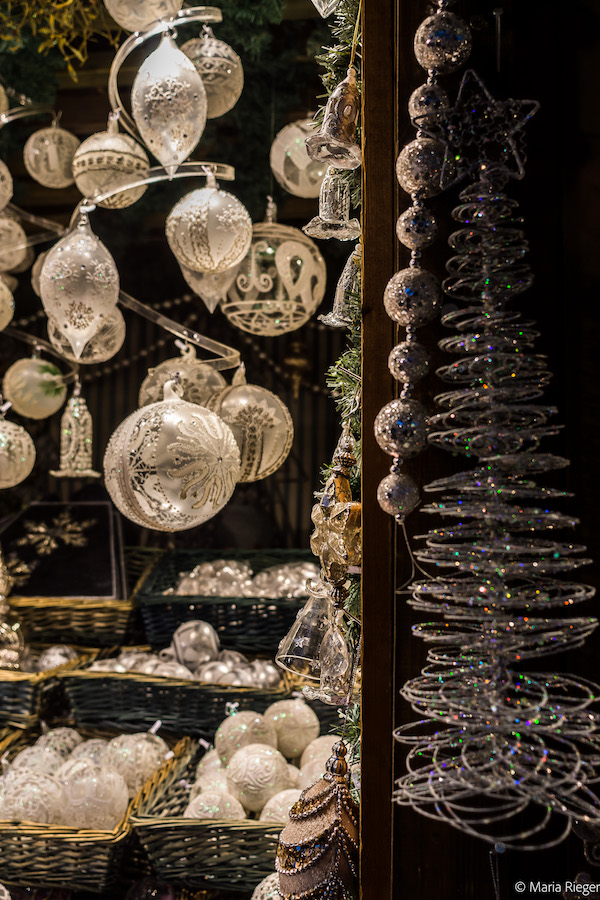 We grew up, some of us got married, had children, lost our father but still we converged at my mother’s house for Christmas. With three children living abroad it got harder to gather the whole family at the same time. But we tried and my mother was thrilled when she had a full house. Until she could, she continued trying to do everything herself accepting in time a sweet or a cake that one of us would bring. We always laughed how she would never sit still to eat, always getting up trying to serve her family and forgetting about herself. We had to insist a thousand times until she agreed to settle down and enjoy the food.

No longer at home and confined to a wheelchair, it is hard for me to think she is no longer the strong matriarch that fed us all. The one that tried until she could move no more to keep the family together not only for her sake but for us and in memory of my father.

It is harder now to keep our Christmas tradition alive with some of us far but we try as best as we can. In the meantime I continue telling my daughter all the stories from those past Christmases and she is used to putting her little shoe under the tree so that Santa Claus knows where to place her presents.

Once again, Merry Christmas! May you all keep your family traditions alive! 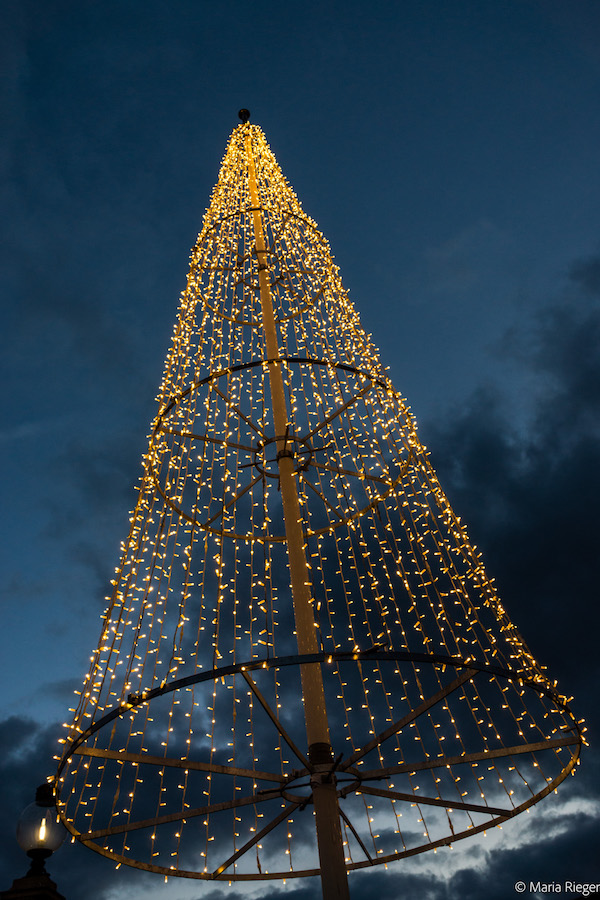 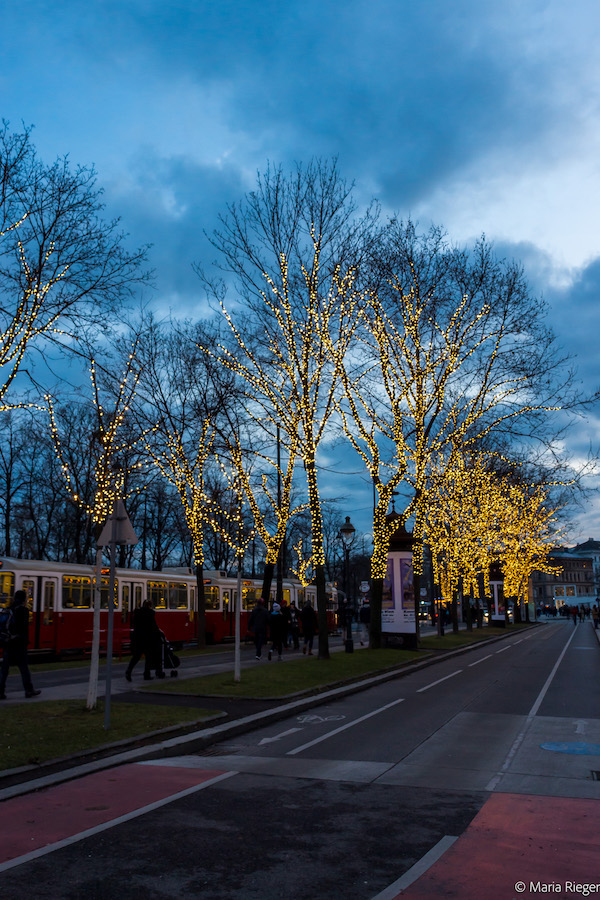