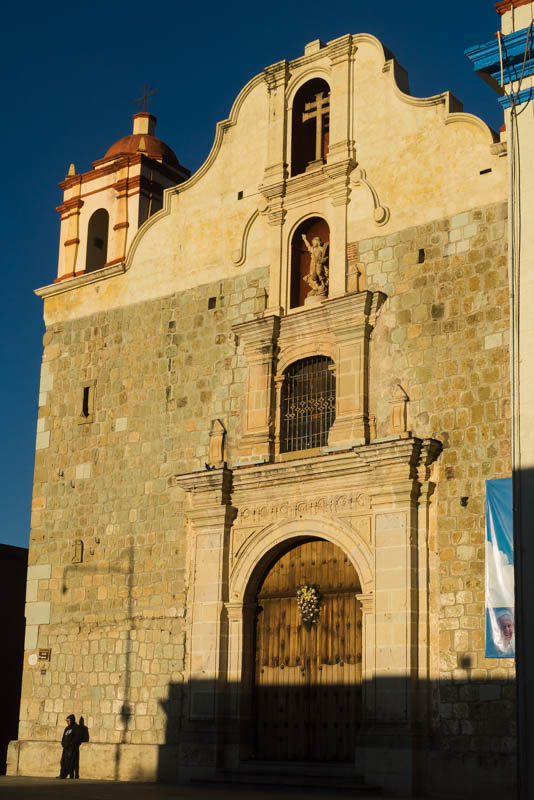 Revisiting the Heart of Mexico II

A glorious sun greeted us in the morning. Jet lag was still affecting our bodies. Do you know the saying the early bird catches the worm? Well, we were early birds indeed but mostly the worms were still hiding underneath the fertile soil of Mexico. Things in Mexico have their own starting rhythm and as breakfast was still not ready this early, we decided to go for a walk in the center of Oaxaca. Although it was still chilly, there was a comforting warmth in the morning sun. 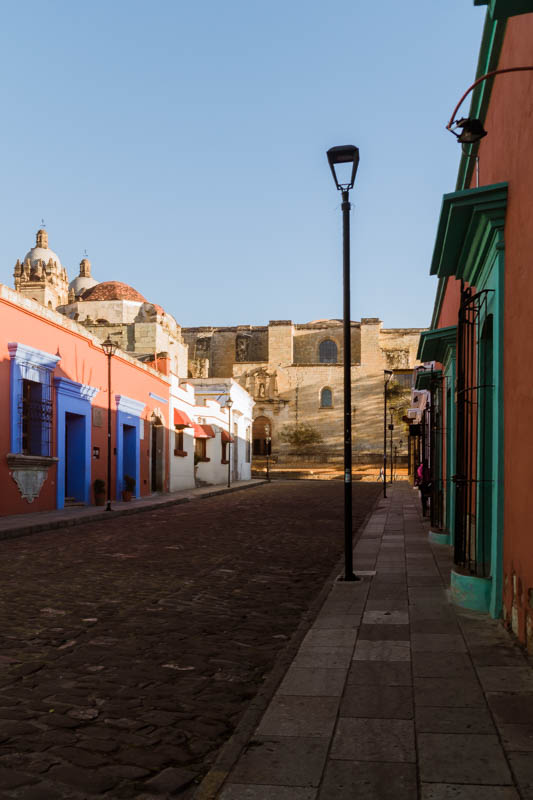 Most streets were deserted but there were a few signs of life here and there and in the center you could see a bit more activity, the usual morning rush to work or school. 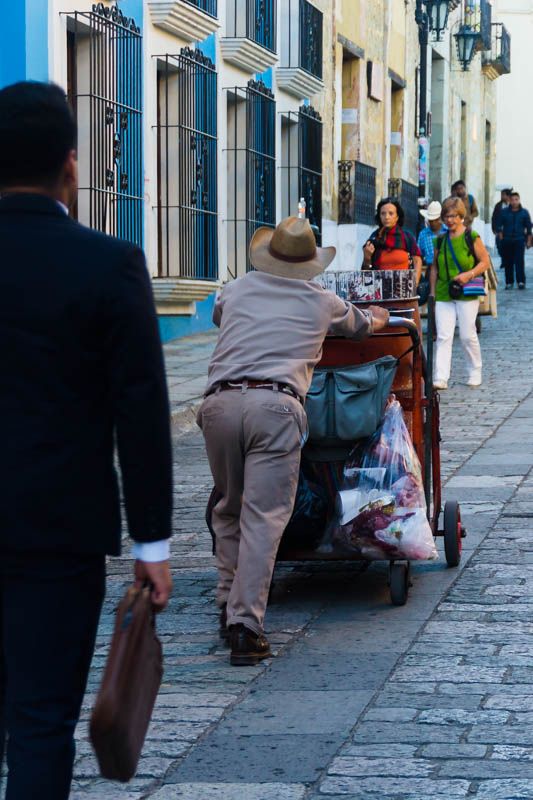 The Cathedral looked as beautiful as ever and we decided to enter for a few brief moments. It was peaceful with only a few people praying. 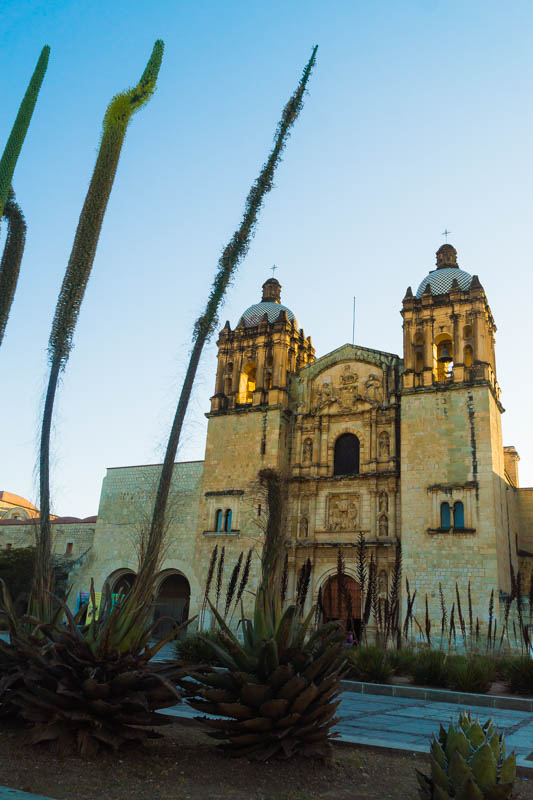 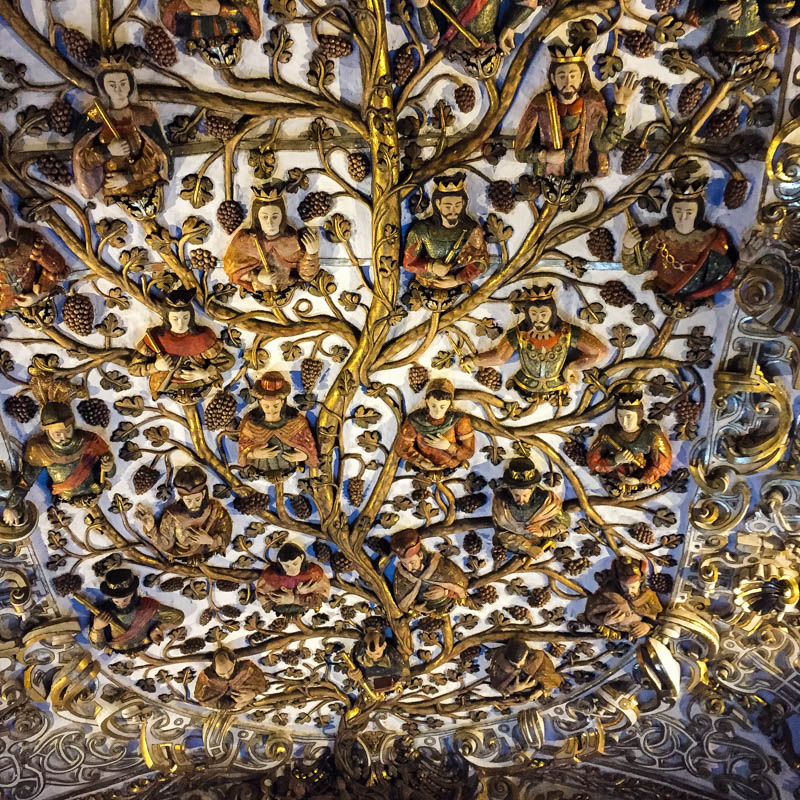 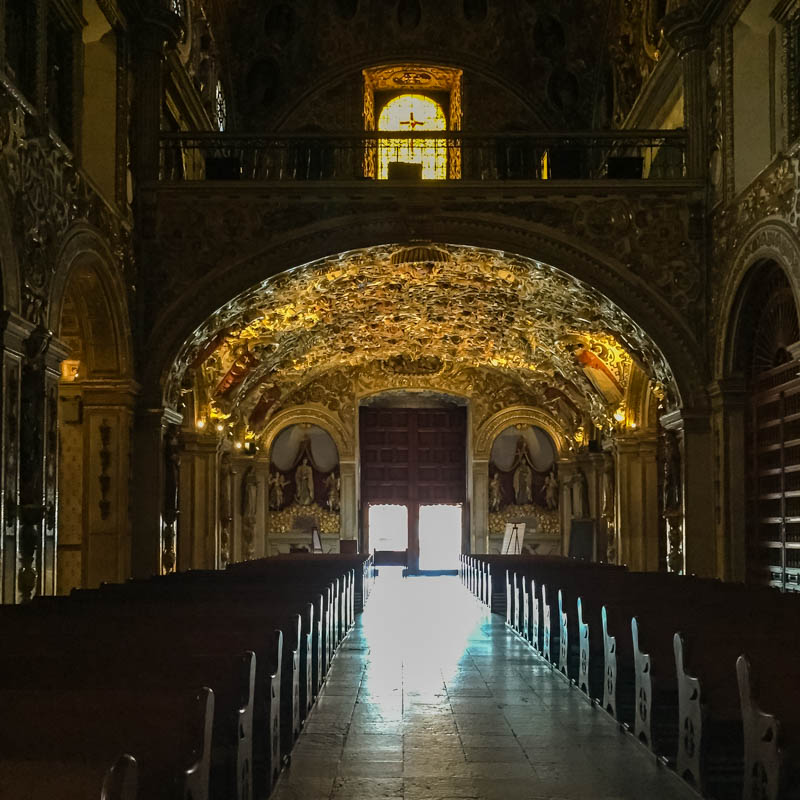 After a hearty Mexican breakfast, we were ready to visit the famous market of Zaachila but at Carmen’s suggestion, decided to stop first at the impressive Convent of Cuilapan. The convent is an example of the colonial architecture after the conquest of Mexico by the Spaniards in the 16th century. 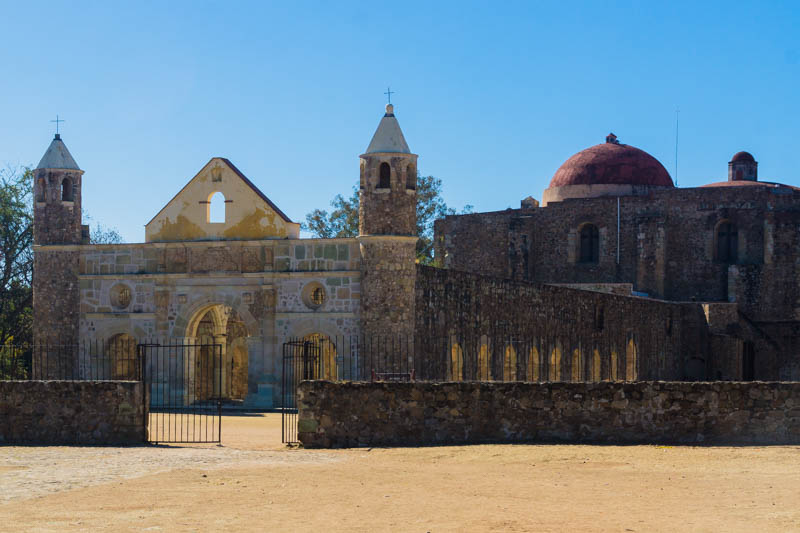 The Convent of the Apostle Santiago has a beautiful open air chapel similar to others in Mexico. The open chapel’s main function was to hold the largest possible number of the indigenous population for conversion purposes. 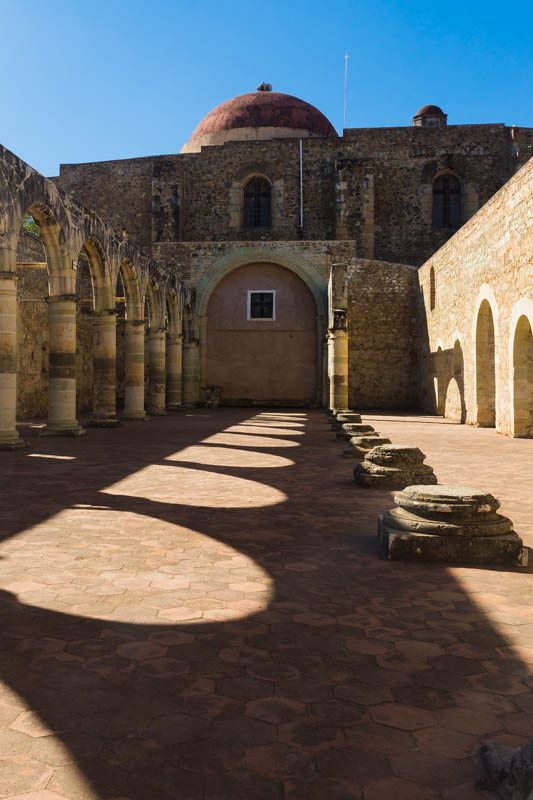 Standing there among the ruins of the past, I can’t help thinking about these new converts. When did the old Gods become a thing of the past? When did the new beliefs for this one God set in? A God introduced by a new powerful force that brought a new balance of power and the end of the world as it was known. If we could have a glimpse of the past and those first masses, what would we see I wonder. Were the old beliefs really forgotten and the old rituals abandoned?

When I think of the very special and unique villages San Juan Chamula and Zinacatan in Chiapas, I know this is not the case. Still today, there are places in Mexico where the old and the new beliefs have mixed in an interesting balance. A balance that has place for both in a special harmonious coexistence. 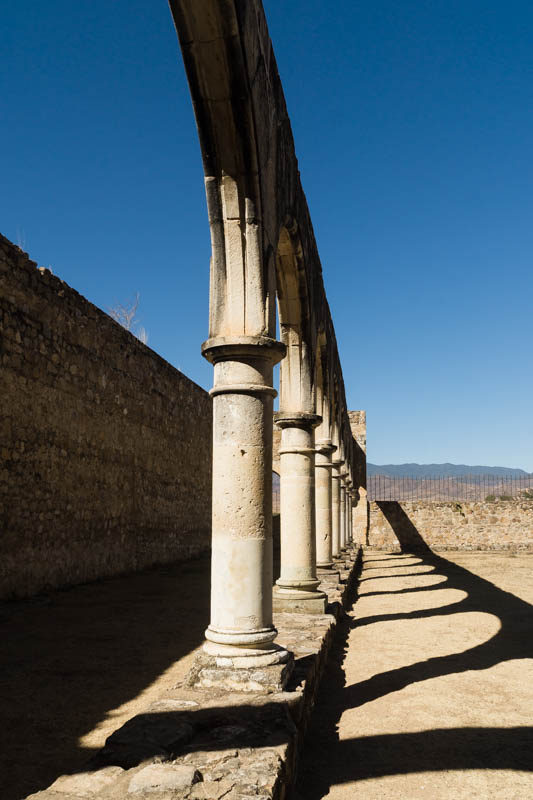 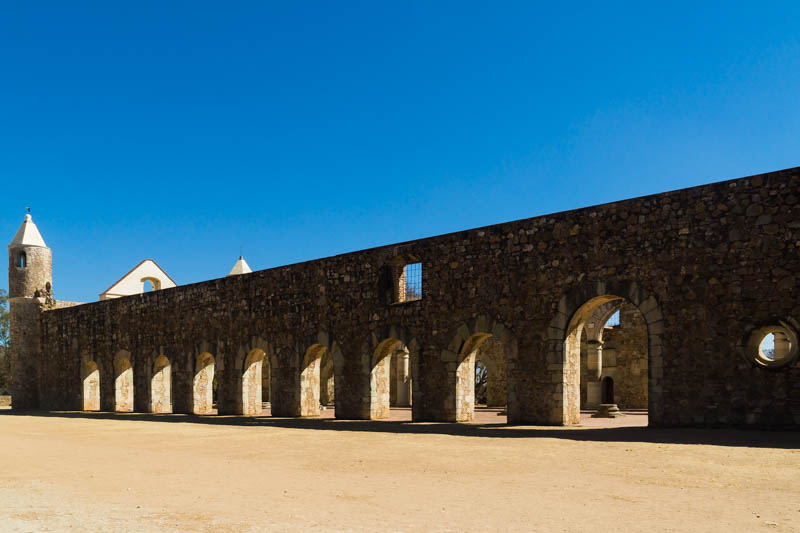 Walking through the cloisters we find once more signs of the blending of cultural indigenous elements with Christian symbols in the beautiful murals. These were executed by the indigenous population at the encouragement of the established order of the Dominicans. It was considered an added support for the evangelization of the local Mixtec and Zapotec populations. 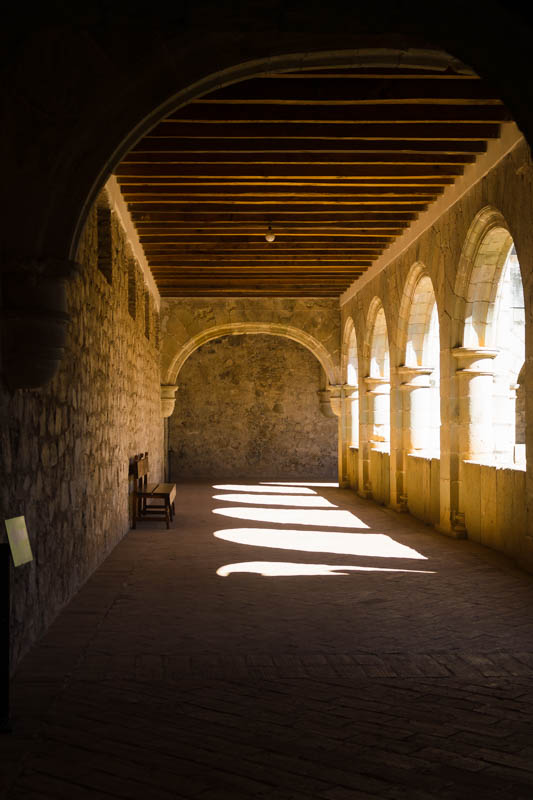 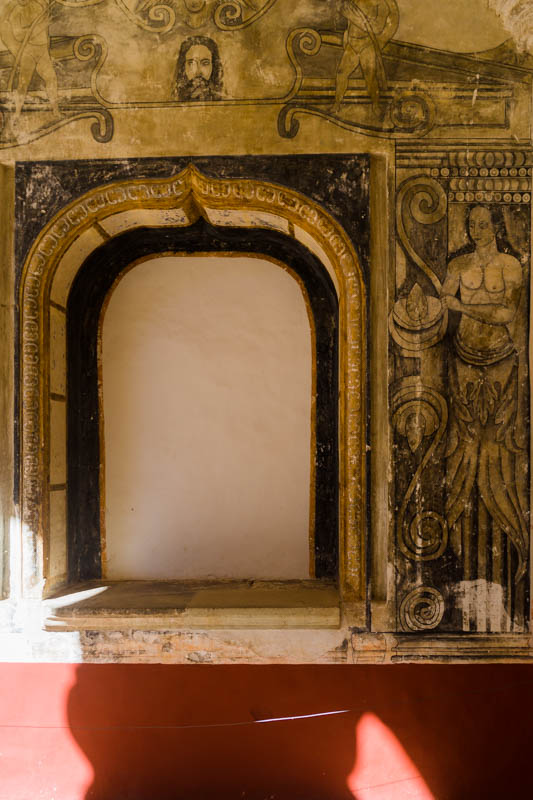 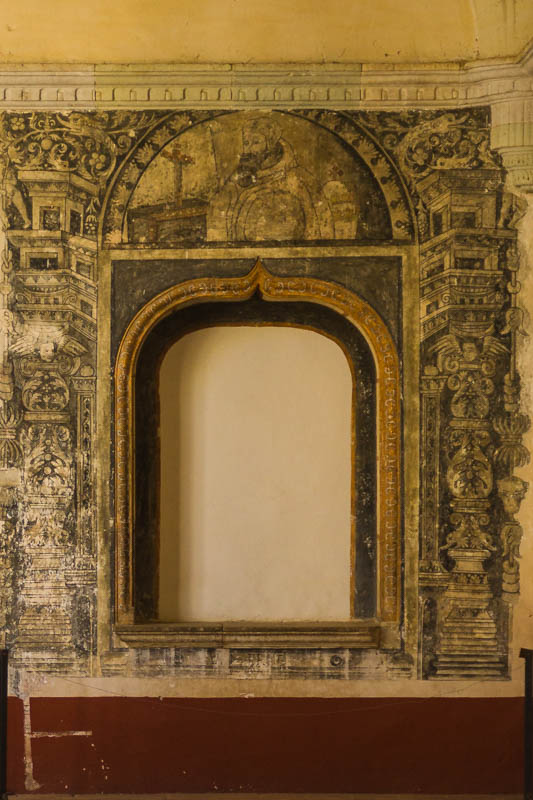 We are lucky that their craftsmanship stood the test of time. 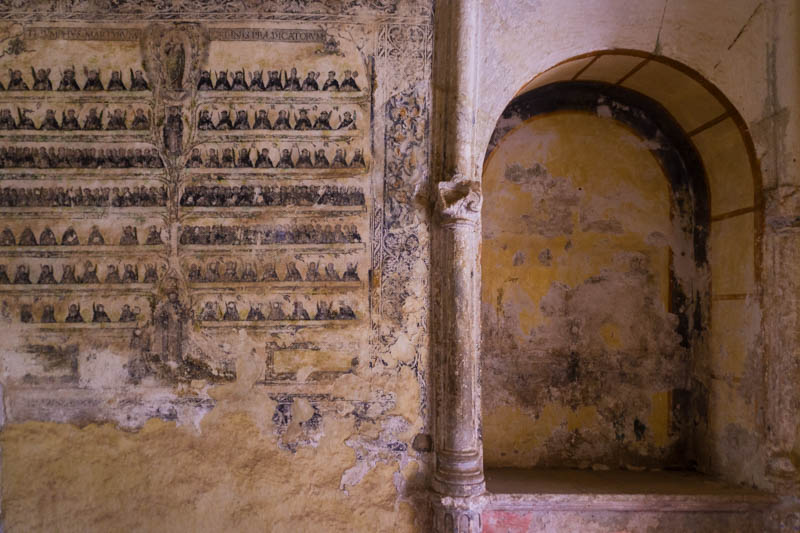 But the convent is also associated with the more recent history of Mexico. In 1831, the former president of Mexico, Vicente Guerrero, was imprisoned in one of the monk’s cells and later executed. He had been one of the great figures in the fight for Mexico’s independence. 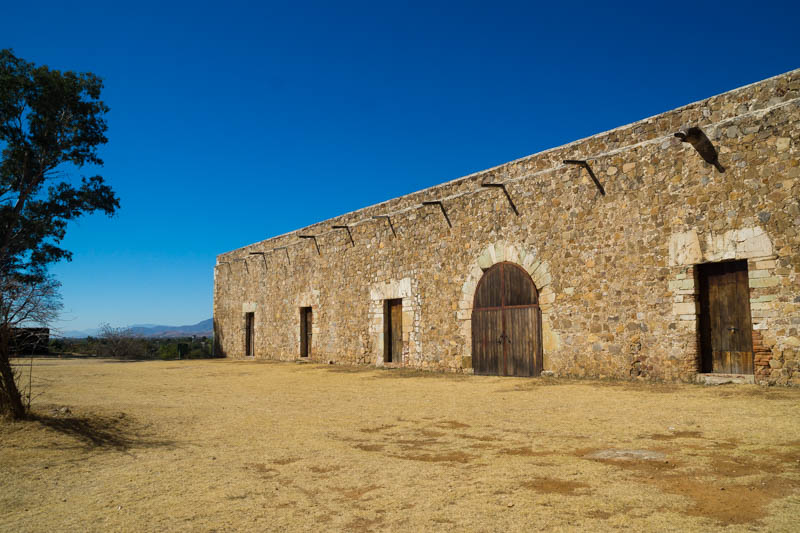 There is more to see and I recommend you take your time to explore it. We had one more stop before we traded the spiritual world for the sustenance of the body, the archaeological site of Zaachila. 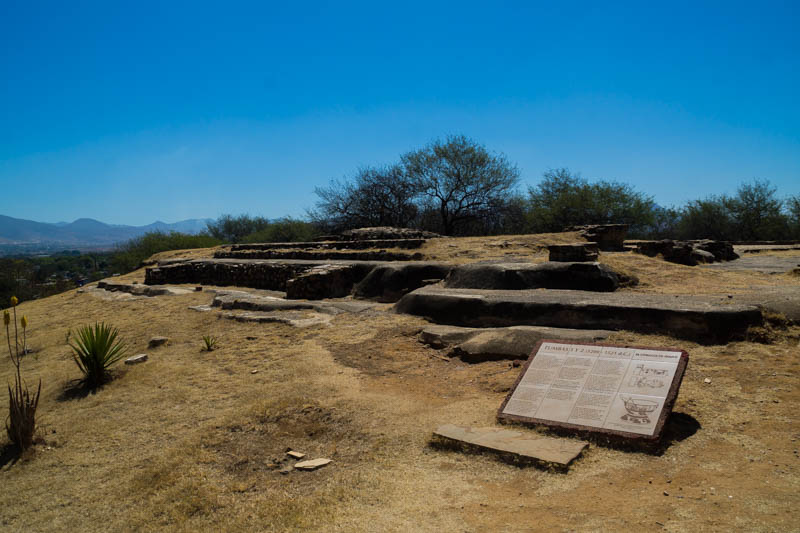 During the 14th and 15th century, Zaachila is believed to have been a big and powerful city. After the fall of Monte Alban, it became the last Zapotec capital. Just before the arrival of the Spaniards in the 16th century, the Mixtecs had taken control of the city. The exact size of the site is not known for sure because most of the mounds lie under inhabited structures.

Before you are allowed to visit the tombs, you are given an introduction to the archaeological site. The tombs uncovered in 1961 denote Zapotec influence in their construction and Mixtec characteristics in their design and decoration. They are believed to have belonged to important Mixtec elite members.

Several human remains were found at the entrance to both tombs believed to have been servants sacrificed with their masters. And then in the inner chambers of both tombs, the remains of Mixtec Lords and numerous burial offers were uncovered. These were made in different materials like ceramics, alabaster stones, turquoise, obsidian and more important gold.

Those objects were later taken to the Archeological Museum in Mexico City where they can be seen today. This upset the people of Zaachila who apart from another two lesser tombs uncovered in 1971, have since strongly opposed any further excavations on the site. According to the guide, the population will only allow further excavations when the objects are returned to Zaachila and a museum is built to bring revenue to the local community.

On the other side, the authorities claim that the objects were removed for their own protection and preservation. There have been accusations against the local community of widespread pillage of the uncovered mounds on the site.

It is hard to know where the absolute truth lies or the motivation of either parties. When you look at the guide, you recognize in his features, the faces of the past. No doubt a descendant of those who lay buried for so long and those who still do, he is proud of the heritage they left behind.

And when you look at all those untouched mounds, you can’t help wondering what secrets and cultural treasures still remain to be discovered. 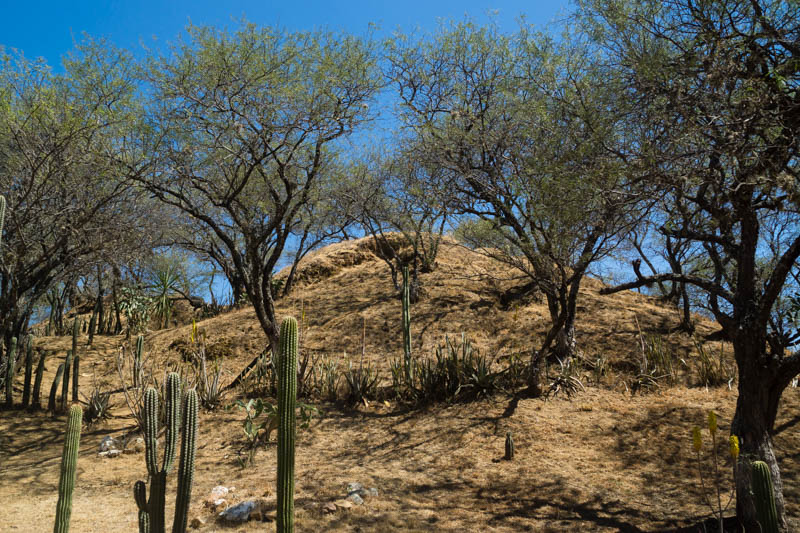 I truly hope the past will one day be freed from the earth that holds it right now. And I hope their descendants will learn even more about their culture and traditions, some of which are kept alive still today.

More importantly, I hope they realize we will all be the poorer if widespread pillage moves objects out of context and they end up hidden from sight as part of some greedy private collection in exchange for a few bank notes.

In the meantime we can appreciate Tombs number 1 and 2 in situ and admire their design and carvings.

Tomb number 1 is bigger and more elaborate. In the entrance room, you see on the side walls the representation of owls. As they are nocturnal birds, they were meant to symbolize darkness. 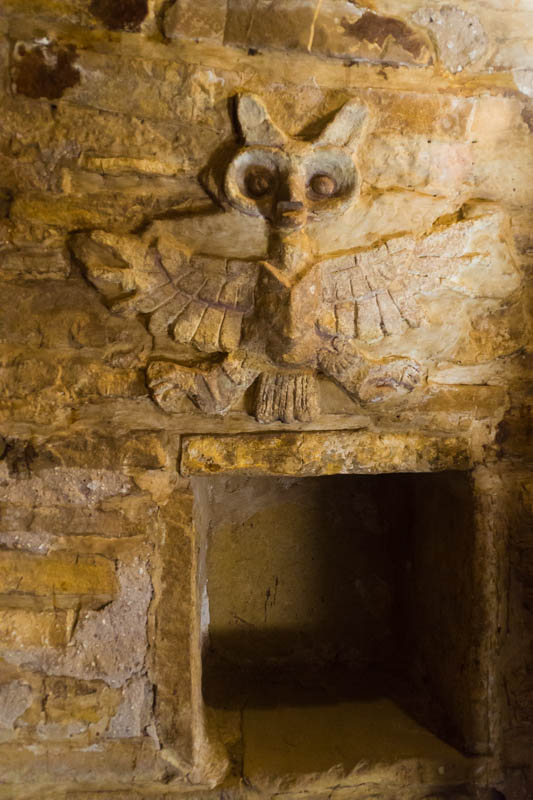 In the inner chamber, where the remains of Lord Six Flowers and a young man were found, you can admire different carvings. In the middle wall, the God of death Mictlantecuhtli. 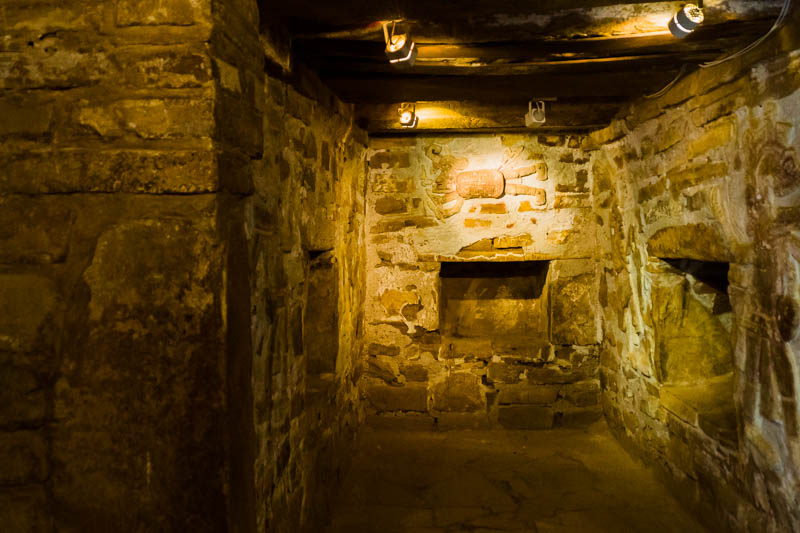 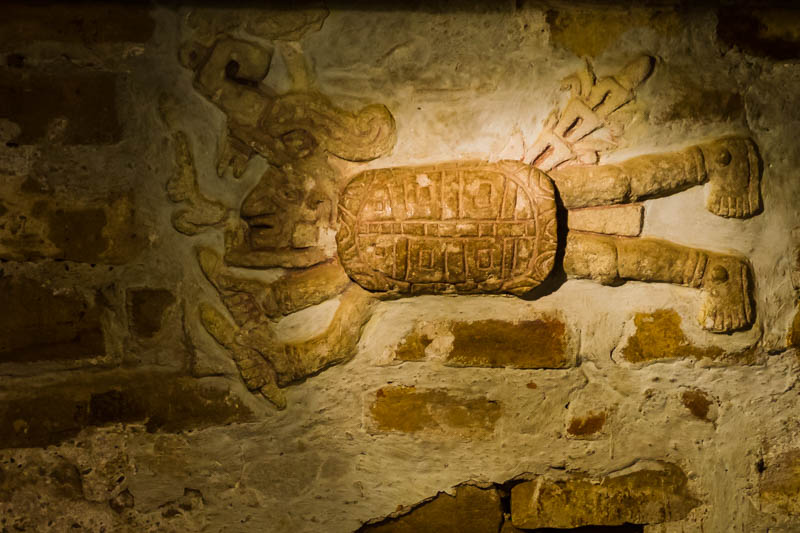 And in the side walls Lord Six Flowers himself showing an elaborate headdress and all his prowess. 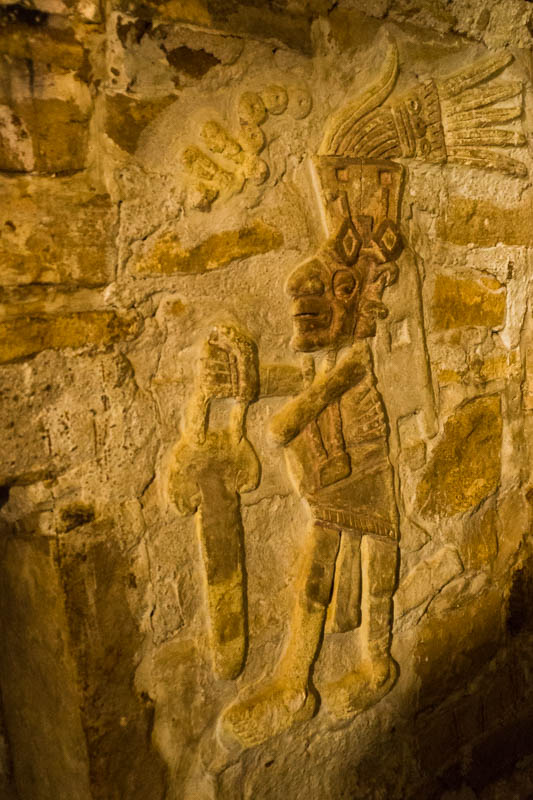 Tomb 2 is smaller and with simpler motives. 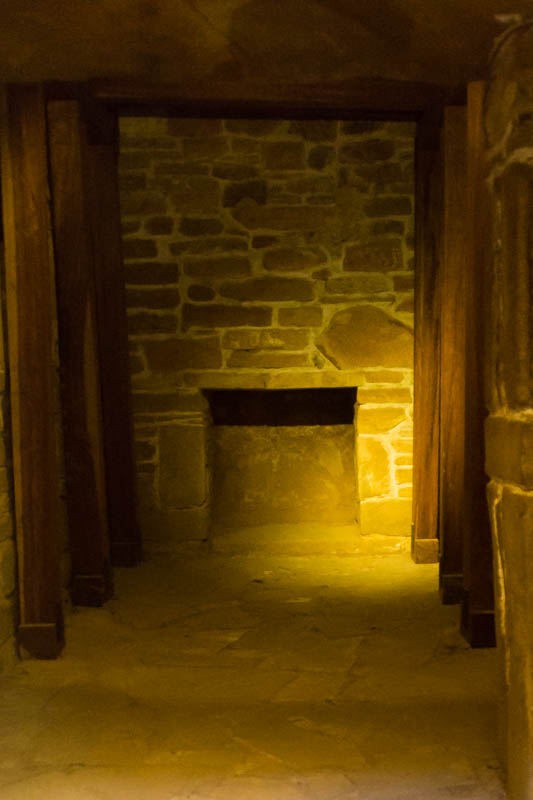 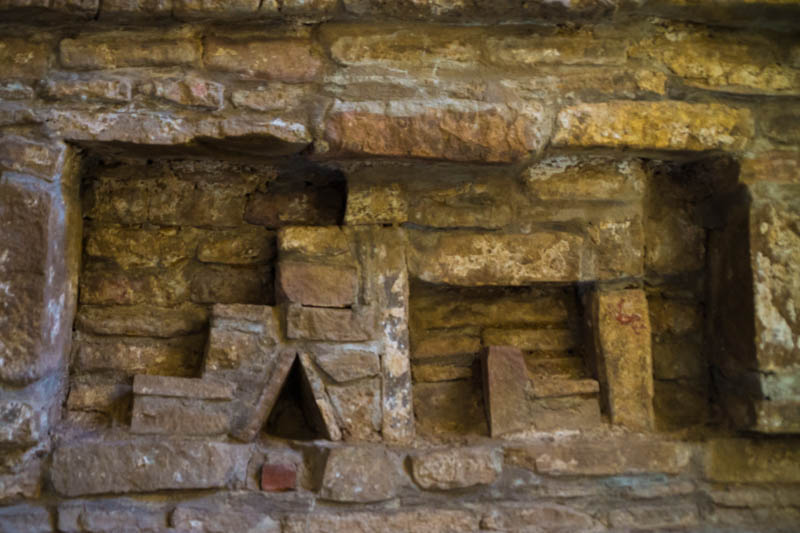 Once I climbed from the realm of the dead to the land of the living, I knew it was time to leave the past behind and most of it undisturbed for now.

Time had come to waken other senses and there was no better place than the wonderful market of Zaachila.