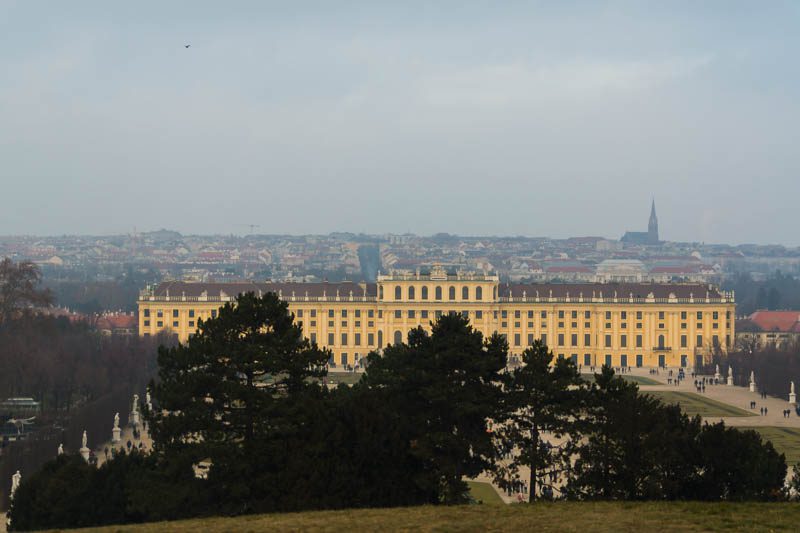 As I watch through my window the first snow flakes of the new year fall, I think about Home. They say Home is where your heart is but I wonder if it is that simple.

I’ve been calling Vienna home for the past two years and it is starting to really feel like home. I even missed the snow this past Christmas and was wondering when it would grace us with its presence. I’ve learned to appreciate the white, ivory tones that change the architecture and nature around. I still don’t like the cold but the snow makes everything look even more beautiful. 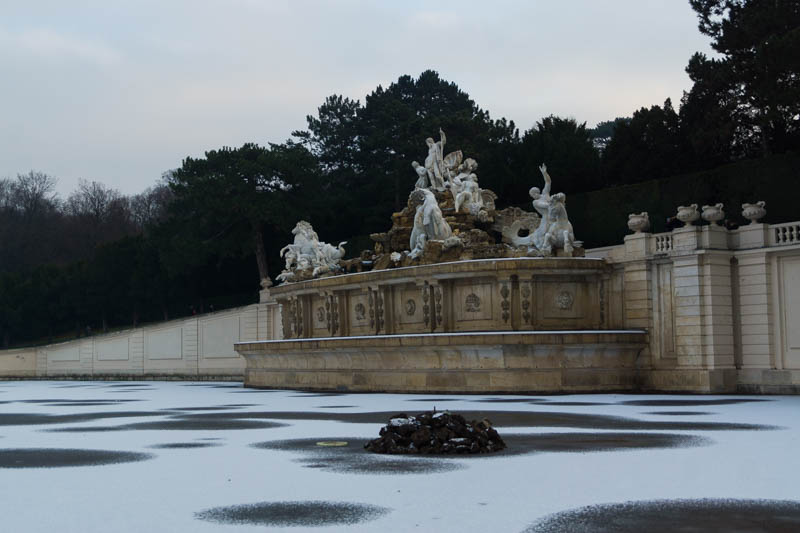 When I was wishing my mother and my sisters a Happy New year, I thought of other New Year’s Eve celebrations and the promise of new beginnings when I was growing up. And of Home. What was to be my home for the first 18 years of my life. A home situated in Restelo, a nice suburb in Lisbon with semi detached houses where neighborhood kids played safely together in the street, got invited to each others parties and everybody knew each other.

Little I knew that the 17th century Portuguese navigator after whom my street was named, was an omen of my future travels. Since then I have had other homes in different continents. In Africa, Europe, Middle East and North America but that first home stayed in my memory and in my heart.

When we left my childhood home after my father’s passing, I vowed never to go back. Although I felt it was the right decision for my mother and I, the youngest of 6 children still living at home, it was hard to imagine other people living in my house.

I didn’t know much about the person that bought our house, except that she had two small boys who were now going to follow in mine and my siblings footsteps, play in our garden, sleep in our bedrooms, run around the house like we had. I was happy the house was going to feel alive again but at the same time I did not want to know how many changes were going to be made. I wanted to remember it as it was.

When my daughter was born, I thought that one day I would like to show her and my husband where I grew up. This past summer I finally decided it was time. She is almost 6 and was excited with the excursion. My intention was never to ring the bell and try to see it inside, all I wanted was to show the street and the house but keep my distance.

When I saw my husband and my daughter going up the street, following the path I had taken so many times growing up, I felt emotional and nervous at the same time. 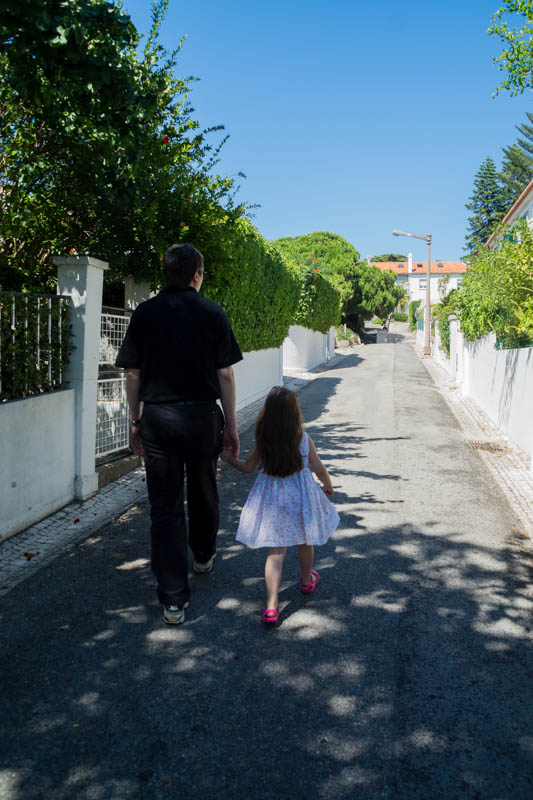 And there it was, after so many years! 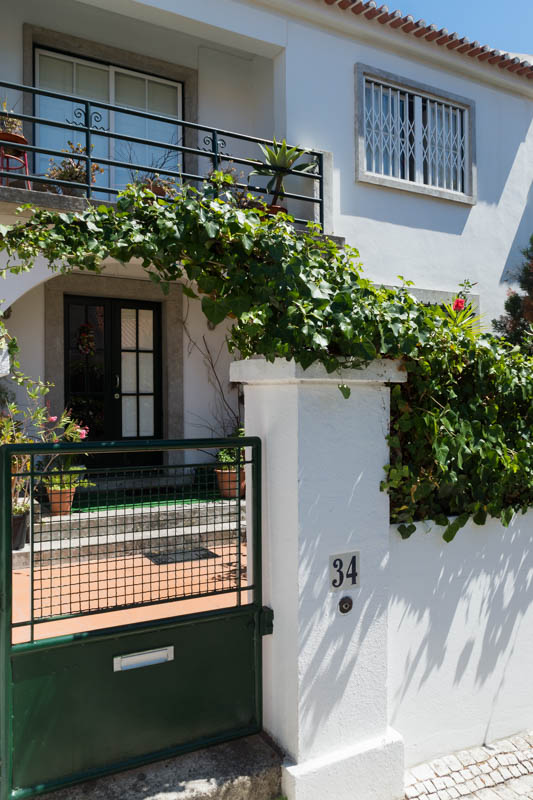 A few details had been changed but I could recognize it as my Home. The gate, that arch before the front door and the step where we had taken the only picture with all six of us. The varanda on the first floor where my sister Mena used to sunbathe at the first sign of sunshine. My bedroom, my parents bedroom minus the security bars on the window.

My memories came rushing back and for a few moments I just stood there in silence. Then I told my husband and daughter we should go. They both protested at the same time. They told me I should ring the bell. I said no way, I did not know the owner plus I hate to bother people when they are not expecting me. They insisted we had come all this way so that I could show them the house and they wanted to see it inside. We went back and forth until I finally said I would ring once and that was it. They agreed. I rang and there was only silence. I sighed relieved.

I told them I would show them the neighborhood, the shops and my first kindergarten. They agreed but made me promise to return afterwards and ring the bell one last time. I agreed convinced the result would be the same. Nobody was home, thank God.

So we went around the shops I knew from my childhood. Amazingly some were still standing and looked just the same. Like the grocery store of Mr. Jaime who at some point came out like a blast from the past but looking older. He didn’t recognize me but smiled at my daughter as he used to do with me when I was a child. 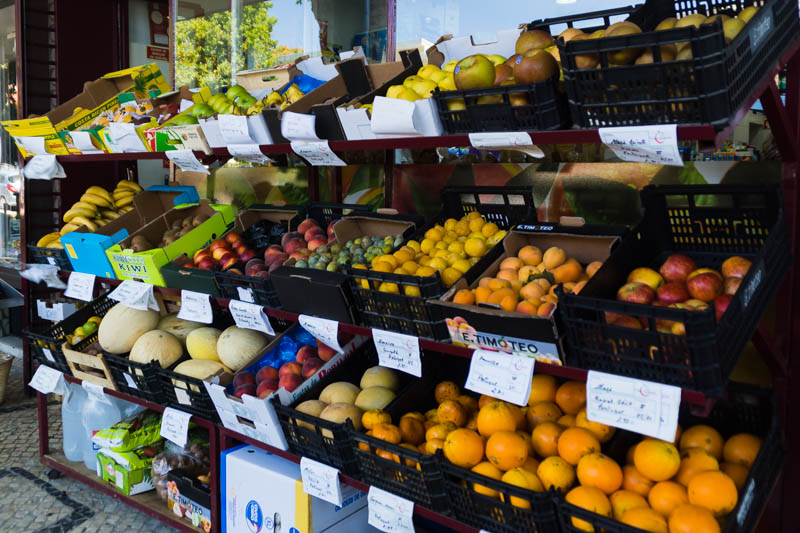 As was Riviera where my mother bought her perfumes and make up. Given a choice my mother could have probably been a perfumer. Her obsession with perfumes meant she changed scents sometimes 3 times a day. Buying her presents couldn’t be easier, we all knew what she wanted! Even now when her movements are greatly limited, she still enjoys her perfumes. 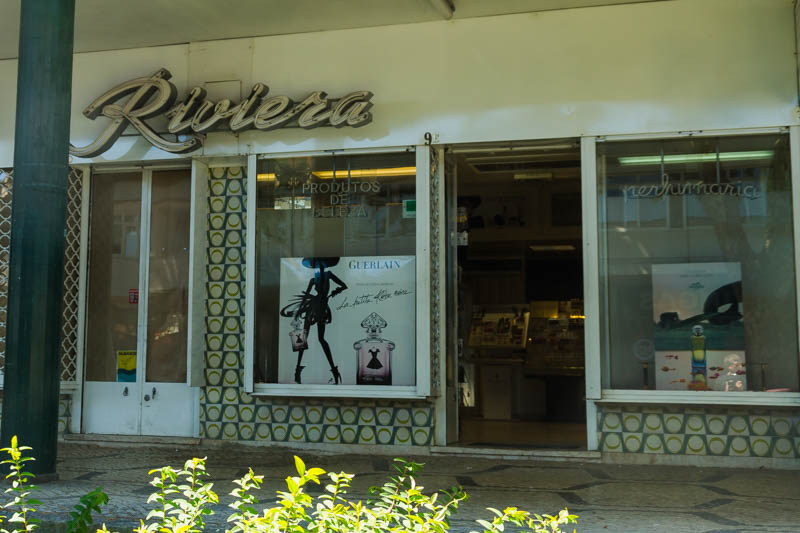 What was very rewarding looking at our old butcher and other shops was to see that in spite of the big supermarkets and shopping malls, they are still surviving. Obviously there are people who still appreciate the special attentive rapport, the fresh produce and other quality products that only neighborhood stores can offer. It was also interesting to see how other shops got replaced by completely different businesses. The bookshop that I loved is no more as well as another grocery store that had especially great fruits. Now a vet clinic and dry cleaning have opened instead. 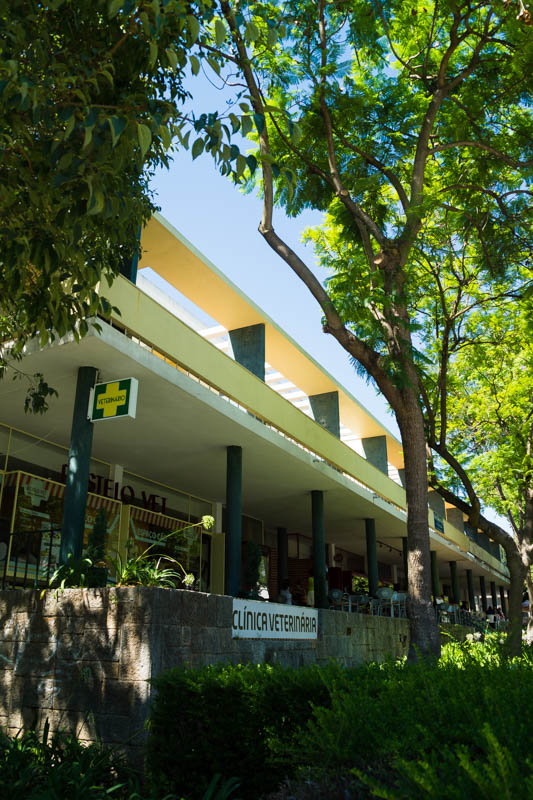 But for me what brought out the most memories was the ice cream parlor and coffee shop “Gelados Chile”. They had the best ice cream in Lisbon. Since 1955 they serve what they call the most natural and genuine Italian ice cream. 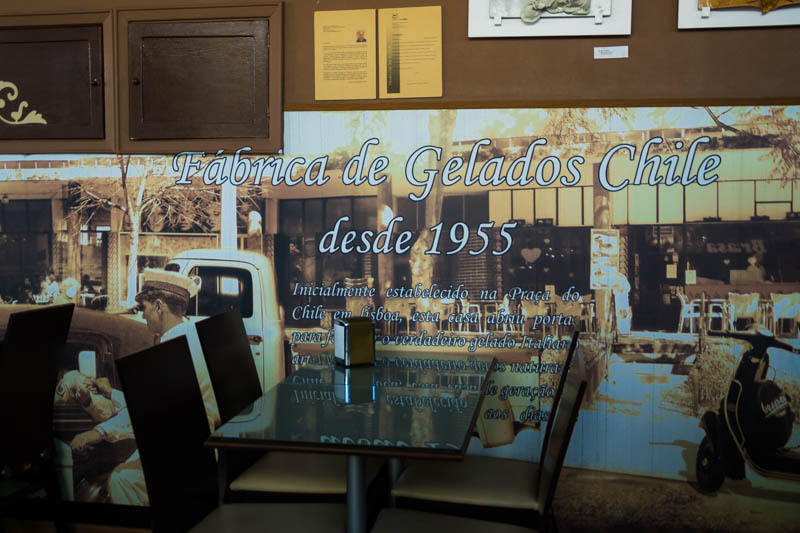 We loved it! Usually one of my brothers or sisters but often Joao, the fastest, would take everybody’s order and then run to the ice cream parlor. When they finished the order (usually 8 ice cream cones) they would wrap everything and my brother would run back as fast as he could to avoid melting as much as possible. We lived two minutes away so usually they would still be intact. It never ceased to amaze me with how much skill they would wrap the ice cream cones.

And of course we had to taste the ice cream! It brought back so many memories of past summers, it was as good as I remembered it! 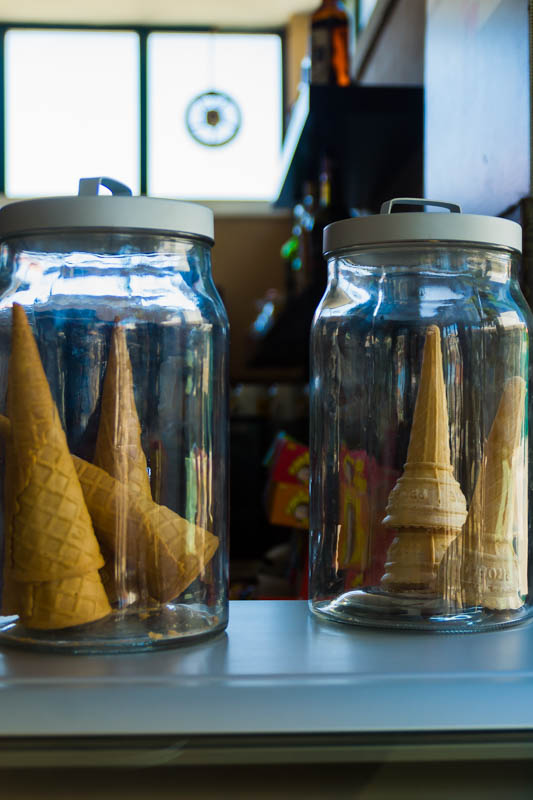 Finally it was nice to show my daughter where her mother started kindergarten, pity that it was the summer holidays so we could not see my classroom. 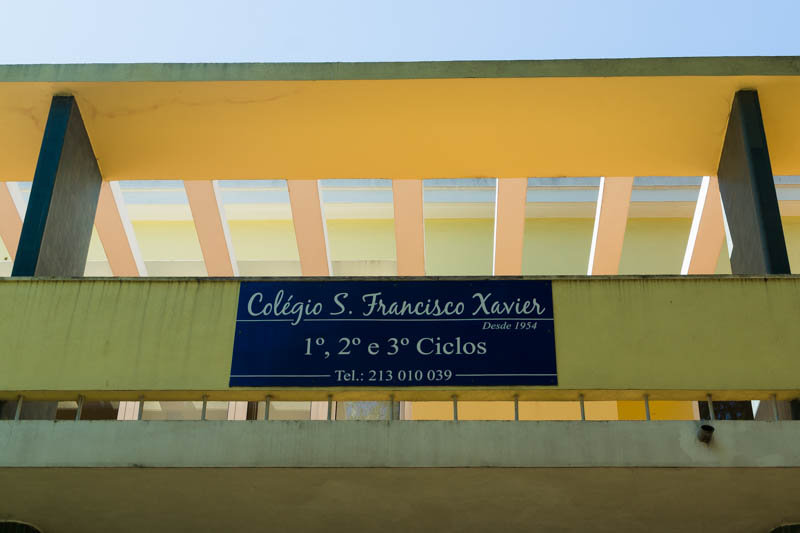 By the end of the tour I was trying to avoid returning to my house as I had promised I would ring the bell again. When we reached the house, we noticed some activity and I hesitated. My daughter, encouraged by my husband made the decision for me and rang the bell. My heart started racing as the door opened and Ana, the owner, came to the door. I started what sounded like a bad apology about how my daughter just decided to press the bell but the moment I said who I was she immediately invited us in.

It touched me the way she welcomed me and my family to my former home. And then she started apologizing for the suitcase on the floor. She had just arrived from Vienna she said. I had a shock! How was it possible? I told her we lived in Vienna and my husband is Austrian and she had the same incredulous reaction. We both said what a coincidence but then we smiled and said there are really no coincidences! The world always seems to be a very small place. She told us she is a researcher and works with old books at one of the most prestigious libraries in Lisbon. And again how appropriate I thought, she obviously loved books as much as I do as there seemed to be so many around.

She told me it was also her birthday that day and I immediately felt bad again for disturbing her. But she put me at ease and encouraged me to look around as much as I wanted. It was very emotional for me to go through every room with my family. I felt the house looked so much smaller but I could still get a glimpse of Home. When we went to the garden I missed my father’s trees and flowers but the grapevines were still providing shade. I could almost see my father cutting and caring for them. Gardening meant the world to him and he spent hours caring for his plants and fruit trees. 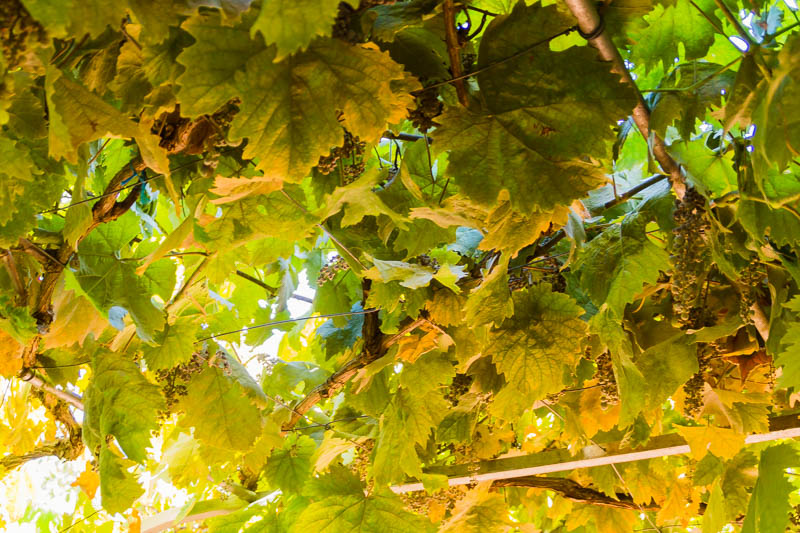 Ana was incredible, she understood how important it was for me to show my family my former Home and she couldn’t be nicer. I felt grateful that such a nice, bright and welcoming person had bought my Home and raised her children there. Before we parted she asked my daughter what she could offer her as a goodbye present. Would a book be ok? My daughter was thrilled and said yes, she loved books. So she generously gave her a nice edition of “The Little Prince” of Saint Exupéry. When we bid farewell to Ana she repeated that I and any of my siblings would always be welcome in her house! I cannot tell you how deeply those words touched me.

The Little Prince accompanied us on our long road trip back to Austria. Every time I read from it to my daughter, I remembered the day I went back Home and received such a wonderful welcome. And Ana kept her promise too. My sister Mena and my older brother Ze, the only two who were really born in that house went for a visit a few months after I’d been there. Ana received them just as graciously. I hope she doesn’t fear that her house will now become a pilgrimage site for the Ferreira clan!

As I sat at Schoenbrunn Palace on the first day of the year, looking at one of the best views of Vienna, I  couldn’t help reflect again about where is home? 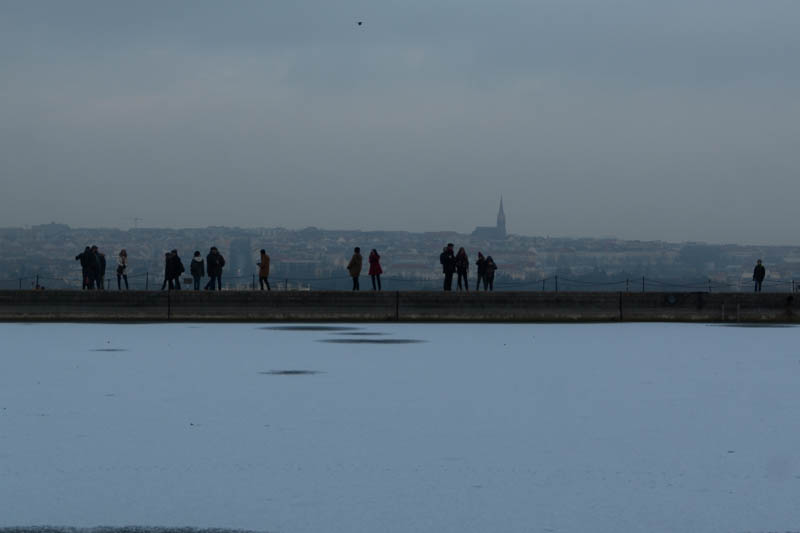 Essentially Home is where my family, my daughter and my husband, are now. Vienna is my Home in this new beginning and other homes will follow. But whatever happens I will never forget that other Home where I left a piece of my heart and my childhood dreams. I’m glad my daughter got to see it. Knowing what I know now I would have said to my younger self to never forget who I am, to believe in myself more and that the feeling of Home will always have a special significance.

What about you? Did you ever return to your childhood home? Would you want to ? How did you feel about it?