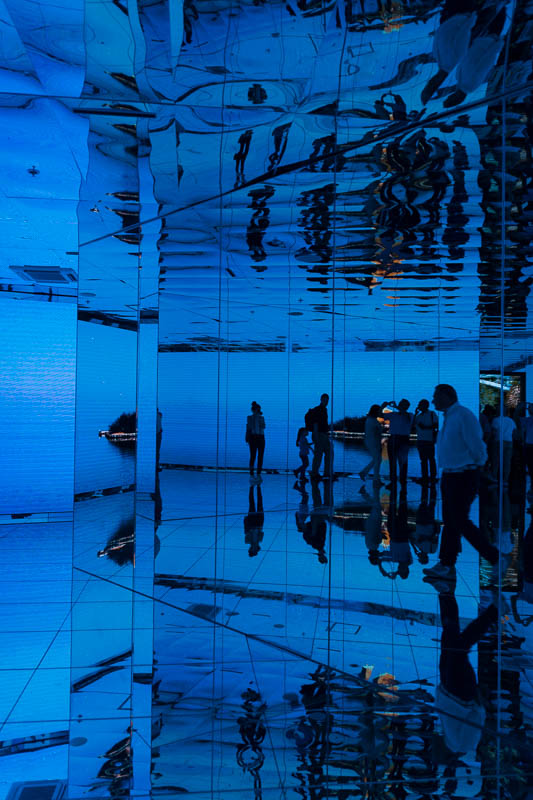 As promised in the first part where I gave you my best tips on how to plan your visit for the Expo Milano 2015, here are my recommendations based on the pavilions we visited. I decided to start with Europe, after all it is my continent. A continent composed of different cultures, traditions and languages but that at the same time shares common values. Are we all a big, happy family then? Not really but we try and above everything we are very resilient. Having gone through invasions, two World Wars and various conflicts, we are still here and we always had the ability to adapt and reinvent ourselves.

Our choice was based on heart, creativity and curiosity.

Heart was Austria. Having an Austrian husband and living in Vienna, this was mandatory! I must say I was really impressed by “Breathe Austria”. 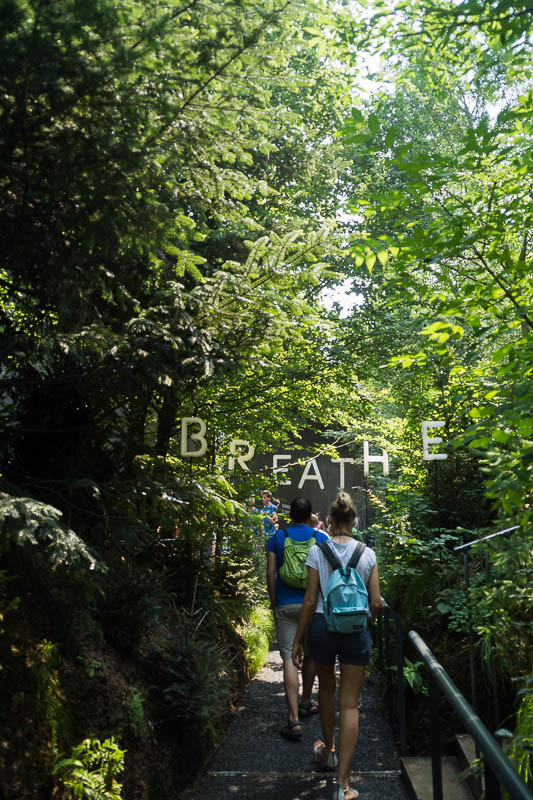 Amazing to think they planted a whole Austrian forest in a 560 m2 space that is able to produce oxygen for 1,800 people per hour. When you enter this space, it is like you are in a real forest breathing the pure air that Austria is known for. Thanks to the foliage and with the help of vapor sprinkles and water features, there is a fresh coolness and dreamy atmosphere that makes you want to linger. 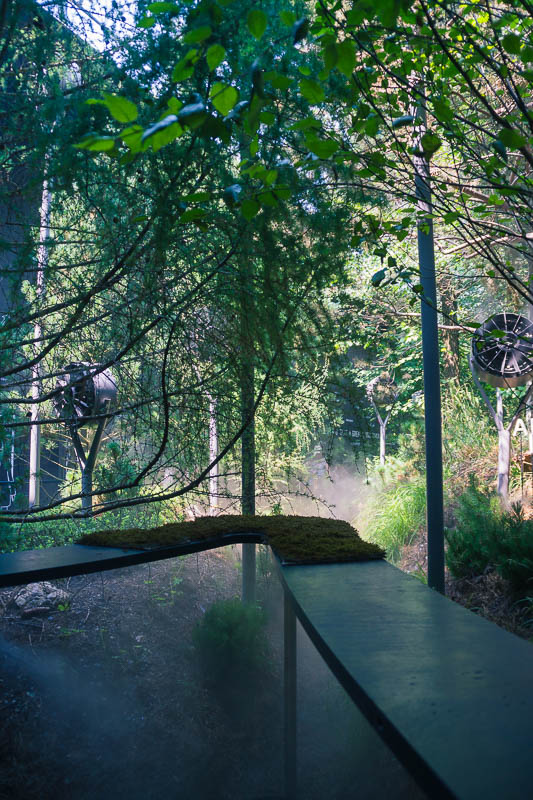 Gastronomy and food sustainability are also given a primordial role in Austria. You may not know that Austria has one of the highest percentage of organic farming in Europe and 50% of the produce sold in the supermarkets here is organic. Famous Austrian chefs collaborated to present to visitors a sample of the best Austrian culinary traditions. We had wonderful venison in puff pastry crescents from Steirereck which is considered the best restaurant in Vienna and one of the top restaurants in the world. 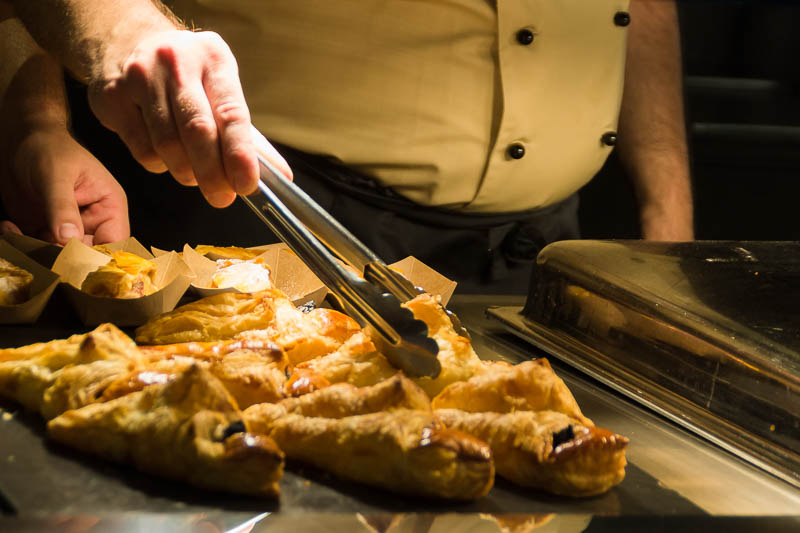 Well, being in Italy and not visiting the Italian pavilion would be impossible. The Italian pavilion’s concept is the Italian Nursery, a breeding place for innovation and creativity that includes 4 buildings. They showcase Italy’s rich cultural past but also its culinary traditions and technological innovations. The first thing you see when you approach the Italian pavilion is the impressive Tree of Life. A 37 meter metal structure that serves as a meeting point where people can relax and watch the hourly sound and light show with water features. 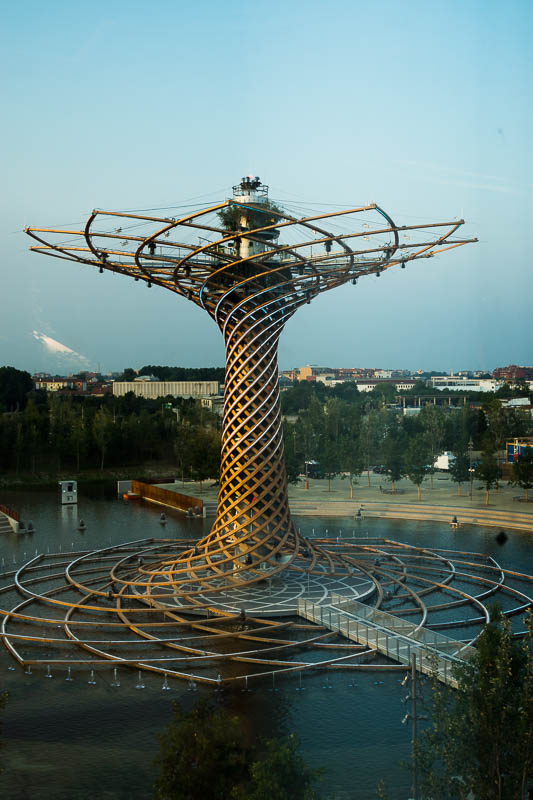 What impressed me most at the Italian Pavilion was its beautiful architecture. 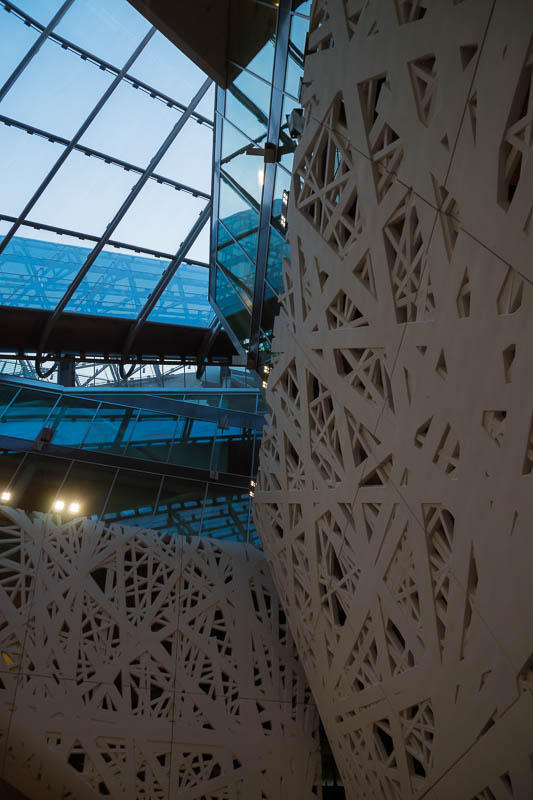 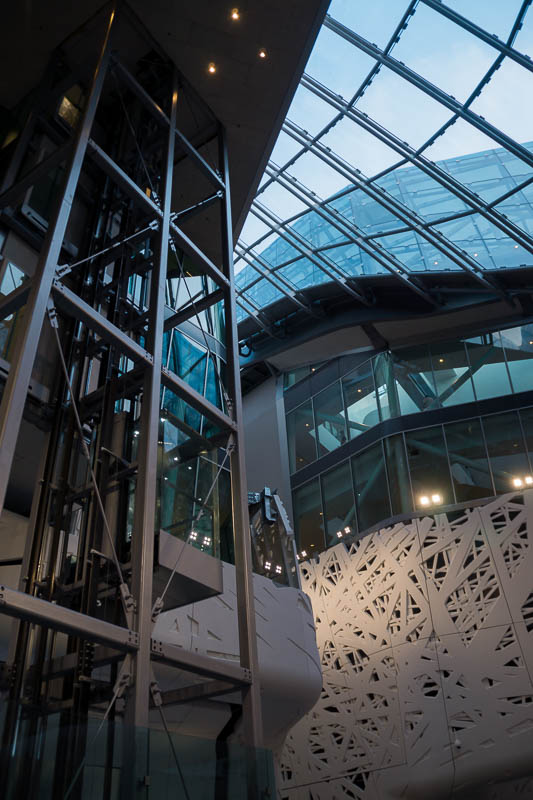 Then you follow the path that introduces the culture and traditions of Italy’s 21 regions and autonomous provinces. The colorful mirror effects are something I will always remember. Such beauty! 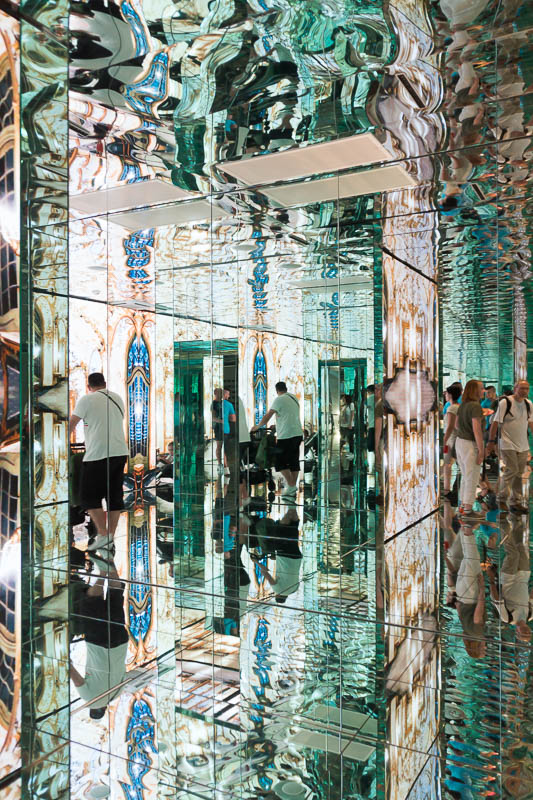 There is of course a space where you can taste all the delicious Italian culinary offers but for us who have visited Italy often and will for sure in the future, it was not a priority.

The first thing that impressed me was the very original mirrored flap that welcomed us into the pavilion. 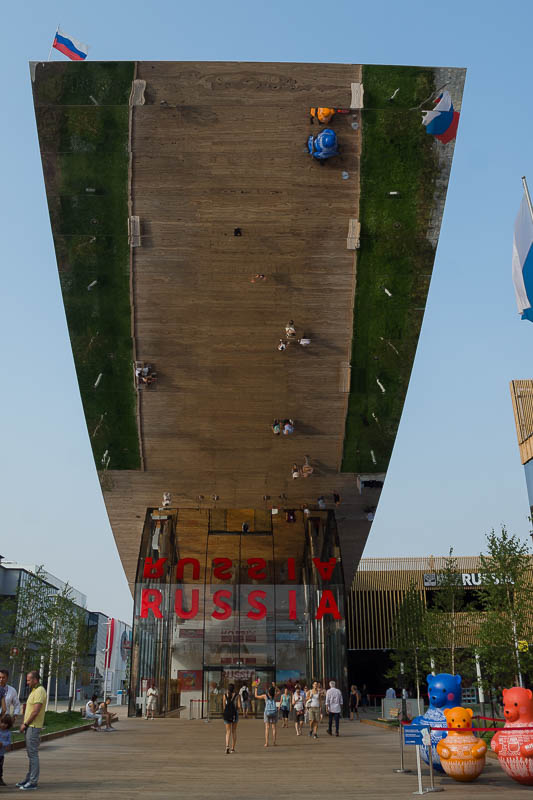 If you look closely you can see my mirrored image in red taking the picture. 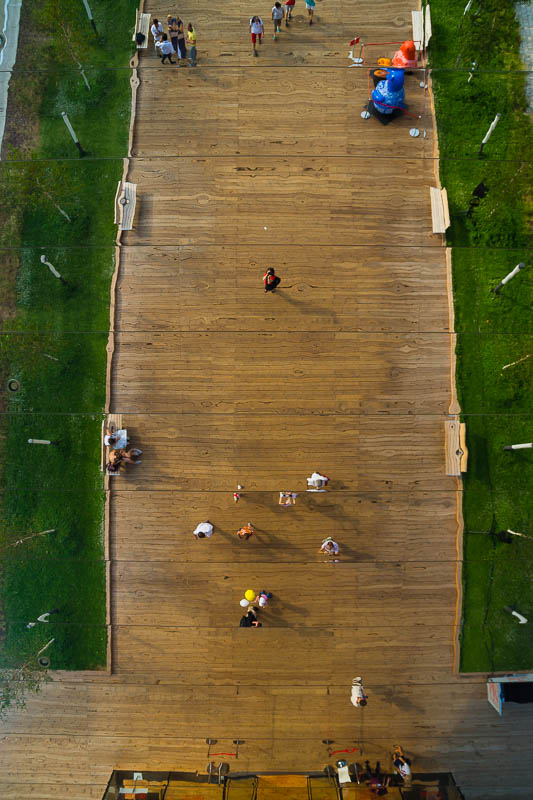 I was curious about what we would find inside. Russia’s theme was “Growing for the World, Cultivating for the future”. Being the 3rd biggest grain producer in the world and in view of the need of feeding the growing world population, Russia believes it can play a bigger role. In the pavilion you can learn the role famous Russian scientists have played in the development of agriculture. You can also discover Russia’s culinary regional diversity and heritage which you can sample. 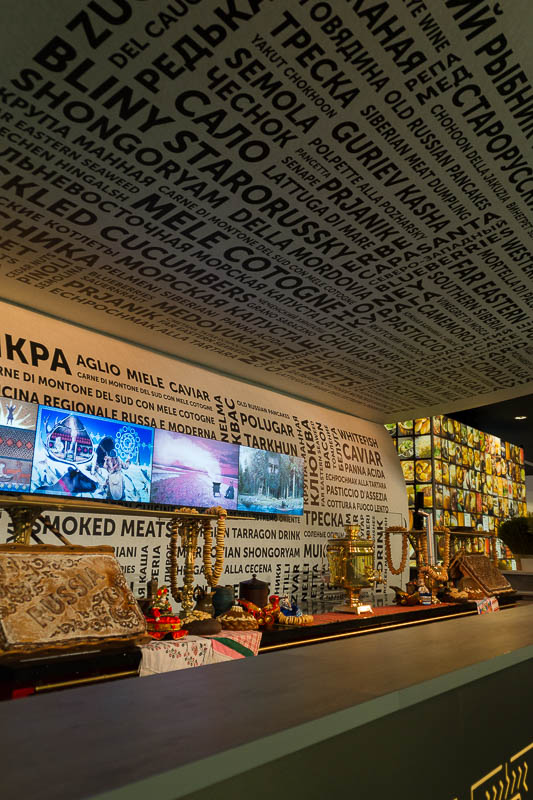 There is also a quite impressive water bar where you can taste a variety of traditional drinks. 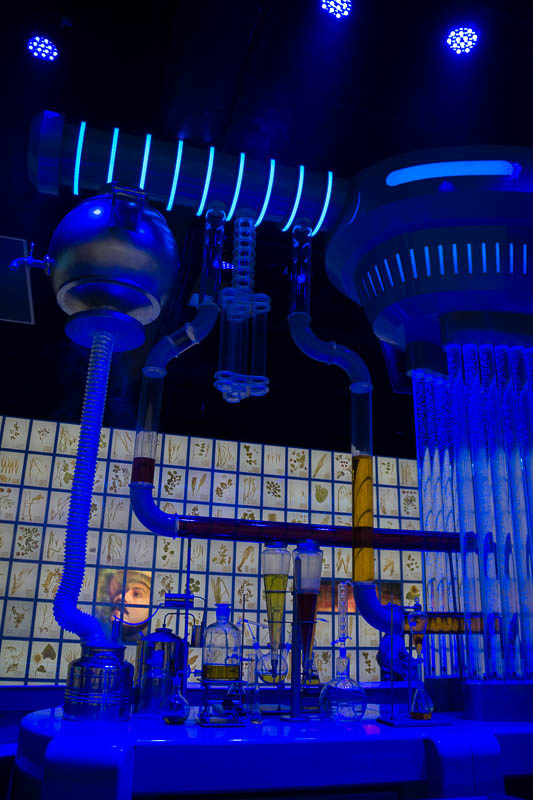 But be prepared for long queues! 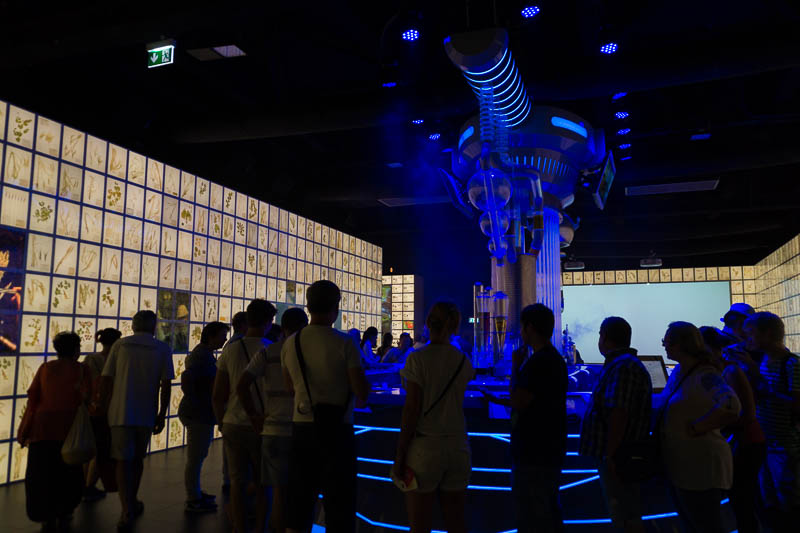 The UK pavilion “Grown in Britain & Northern Ireland” also aims at raising awareness for the need to find innovative solutions to feed a growing world population which by 2050 will achieve 9 billion! What I liked most in the Uk pavilion was its very creative design. It was conceived by a British artist and it symbolizes a beehive and the primordial role of the honey bee in the global food cycle and ecosystem through pollination. After all, bees pollinate over 70 of the 100 crop types that feed the world. As a metaphor it also symbolizes the cross pollination role that Great Britain can play as a vehicle for global knowledge, communication and exchange of ideas. 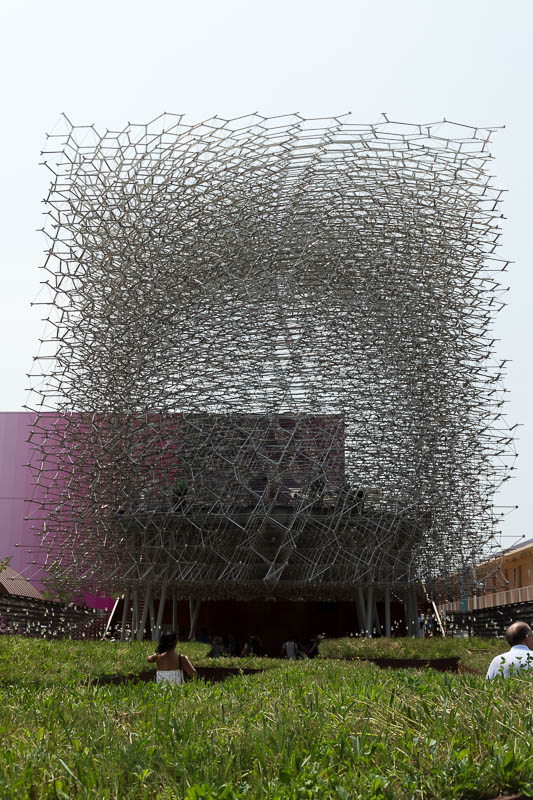 You walk through a British orchard and wildflower meadow and then there it is! A 17 meter high metallic beehive. 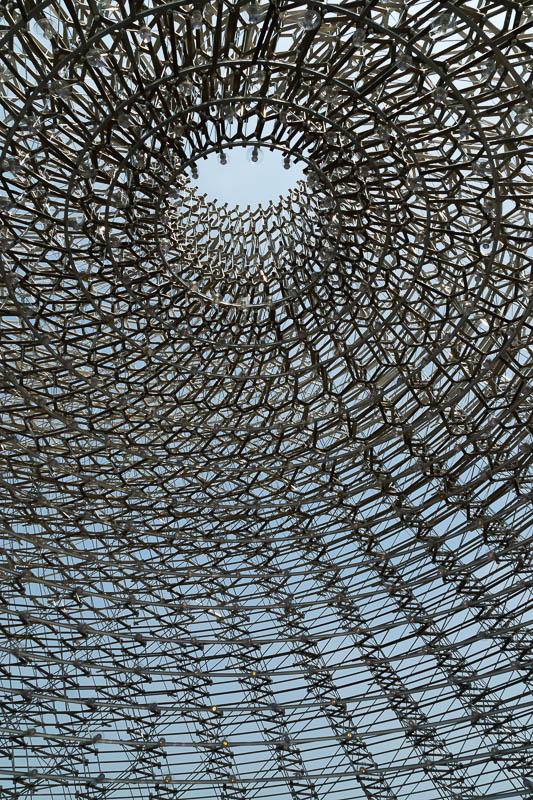 Once you step inside the sphere, there are sounds and intermittent lights replicating in real time the activity of a beehive based in the UK. This UK technology is used to check the health of the beehive and help sustain bee populations that have a vital role in feeding the planet. It is a wonderful experience and one I recommend. 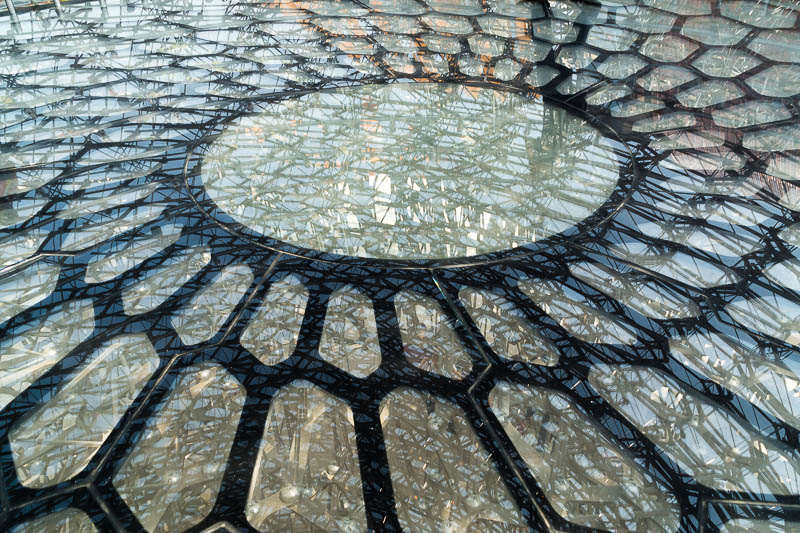 Before we move on from Europe, as there are always special events taking place, several times we decided to have a break and follow the music. It was nice to be spontaneous and allow our daughter to discover new musical influences. Be it to the sound of Lithuanian traditional folk music. 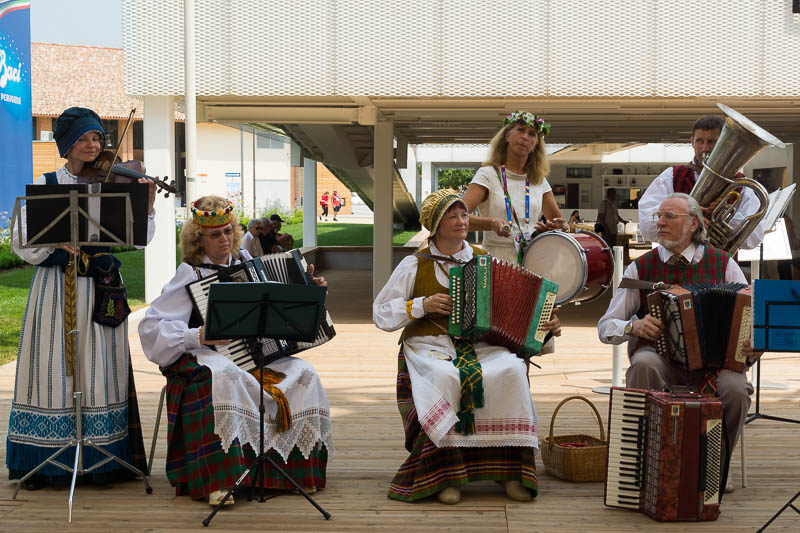 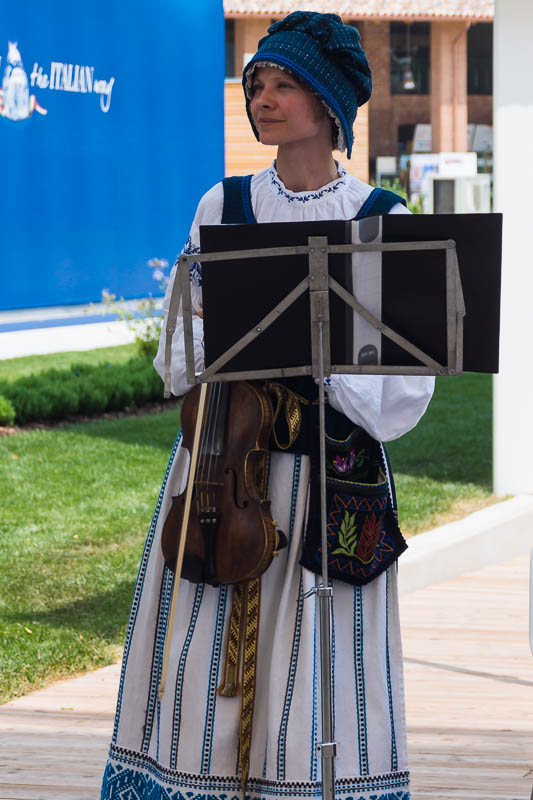 While giants moved to the beat 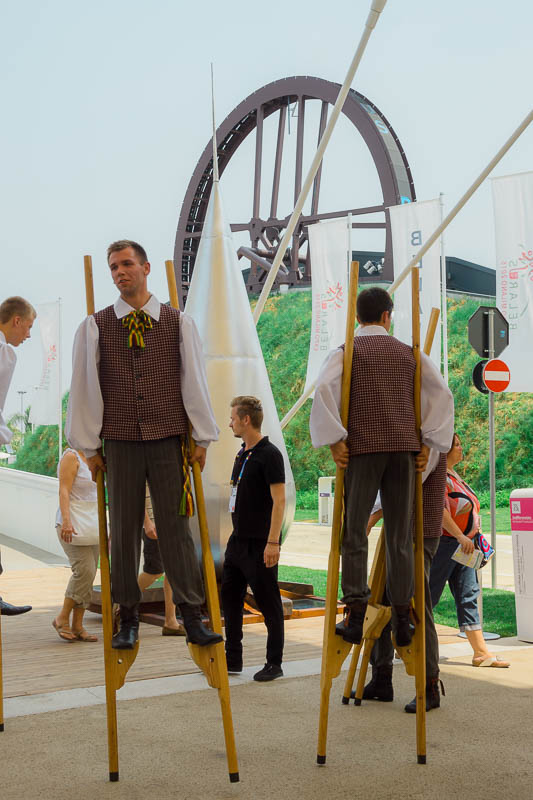 Or to listen to a passionate Swiss choir 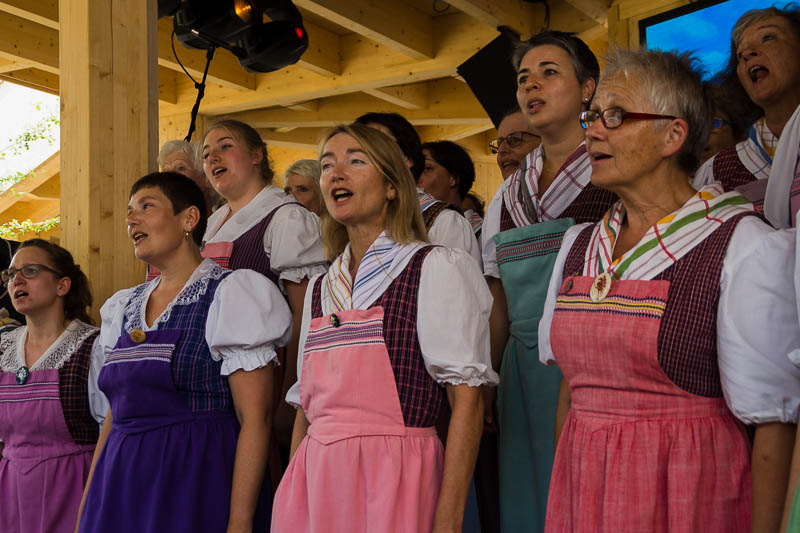 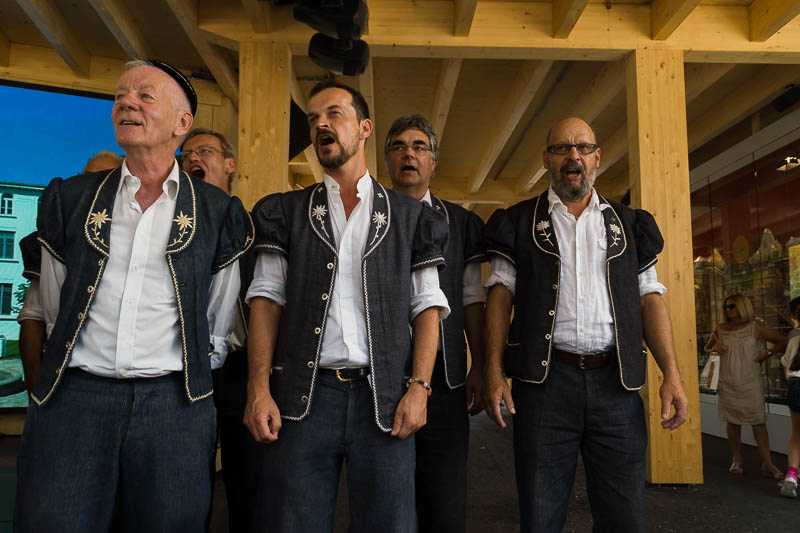 This is a small sample of Europe of course. We would have needed more days just to go through Europe but more continents and countries awaited us. Besides we can always visit our neighbors, most can be reached within a day or two by car! It was now time to explore the Middle East and Magrehb, say hello to old friends and taste new flavours …