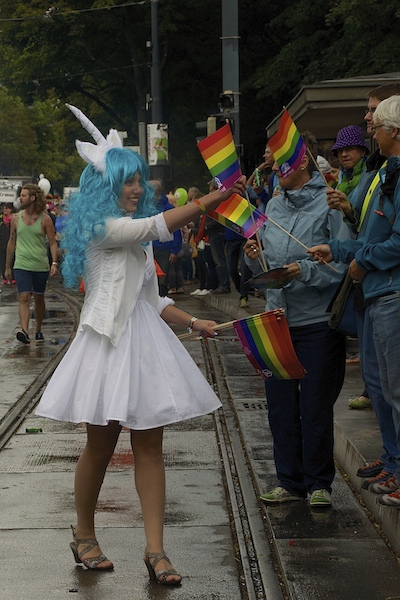 This was a special year for the Rainbow Parade in Vienna as it celebrated it’s 20th anniversary yesterday. There were many celebrations around the city and even a “Pride village” held at the City Hall from the 16 to 20 June. It offered culture, food, shows and dancing to mark the event.

But the highlight is always the parade. The motto this year was the same as the first one, “Sichtbar” which means Visible.

And visible they were! In spite of the at times heavy rain, the parade went ahead with lots of fun, music, dancing and parading. Around 100.000 people are usually expected to participate and the parade always moves against the normal direction of traffic. This symbolizes tolerance, equality and the fight against discrimination.

Both the participants and the public had a nice and fun interaction. There was a happy atmosphere all around. And of course there were also the exotic, flamboyant and colorful costumes! Afterwards  the party was set to continue until the early hours of the morning. 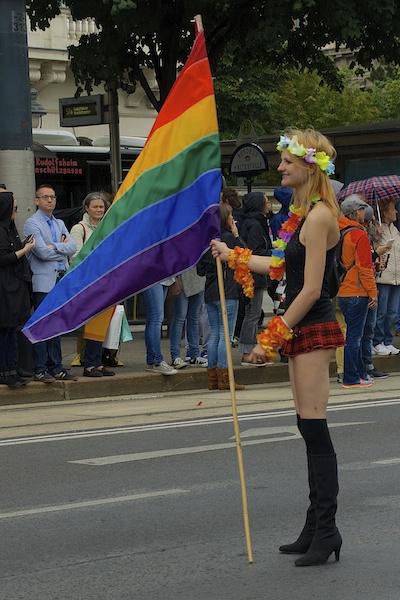 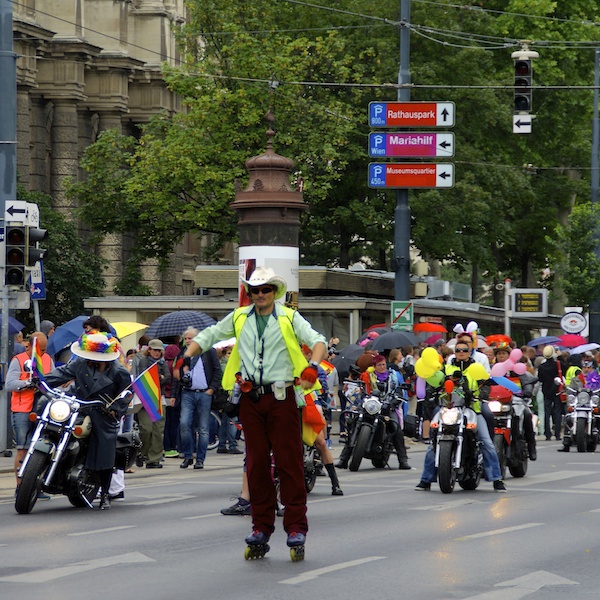 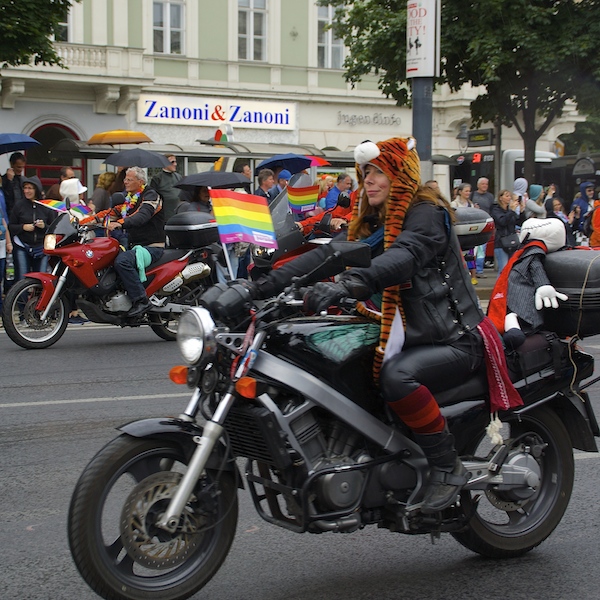 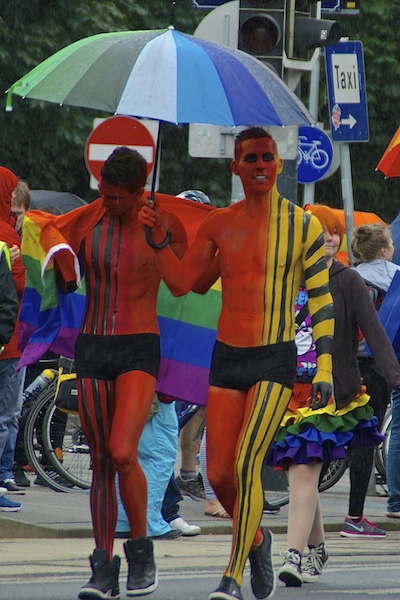 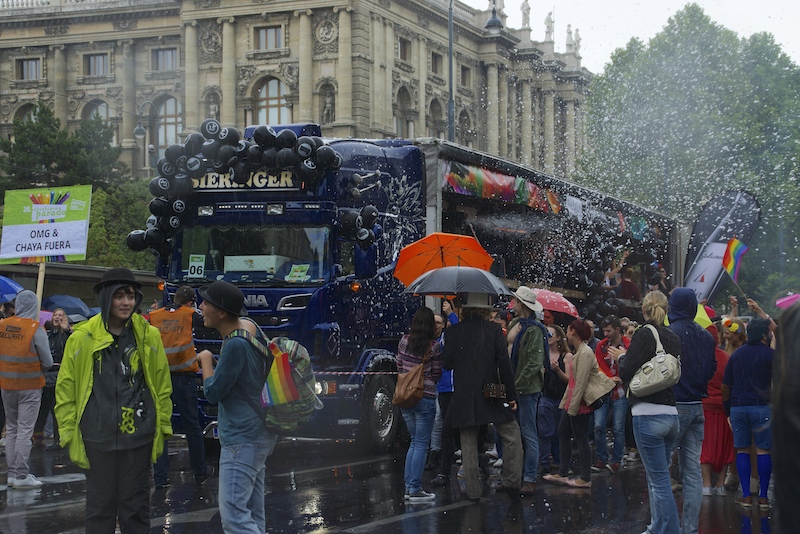 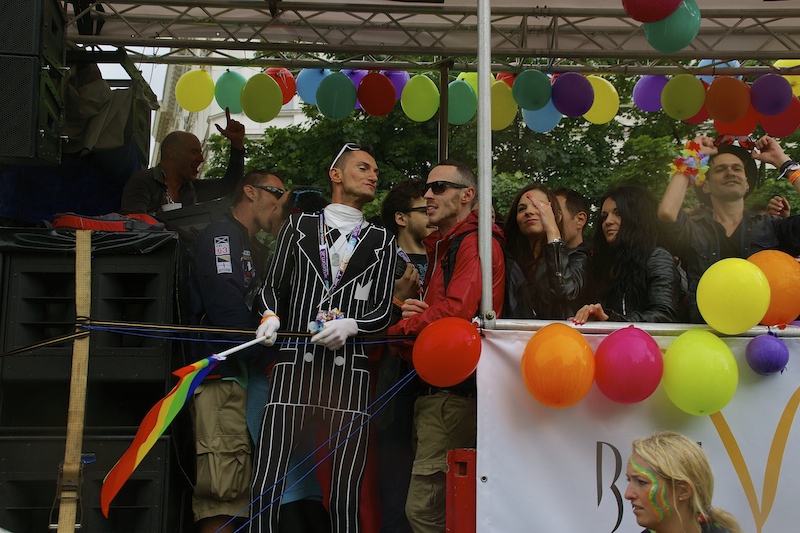 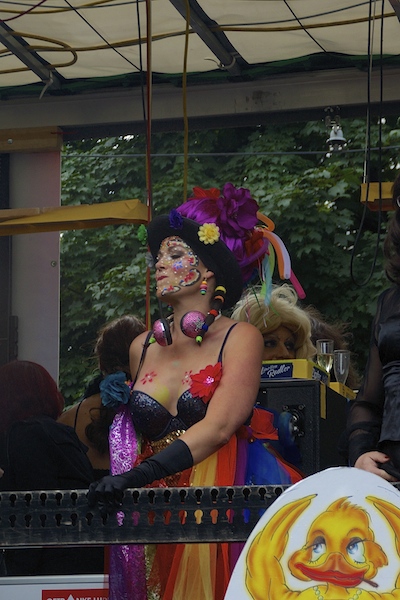 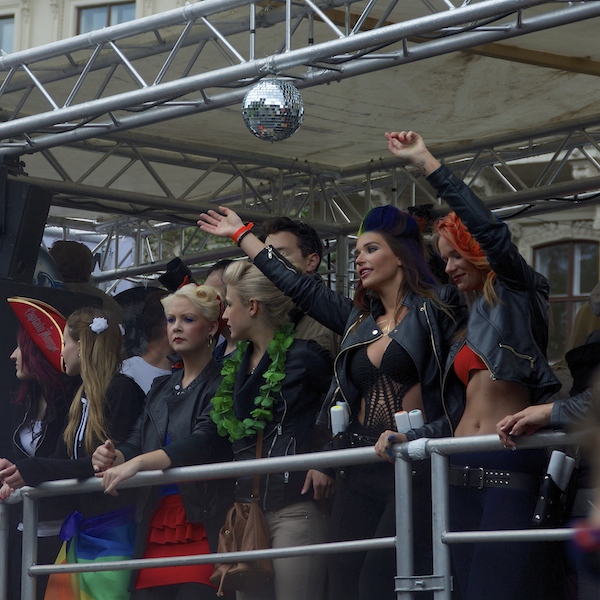 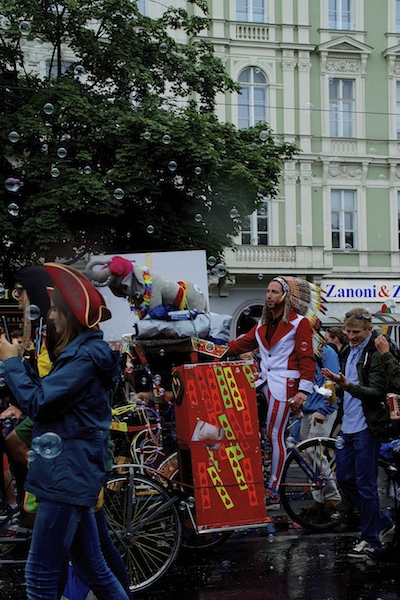 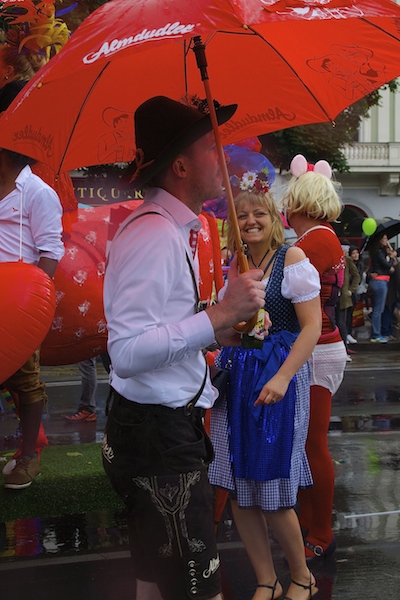 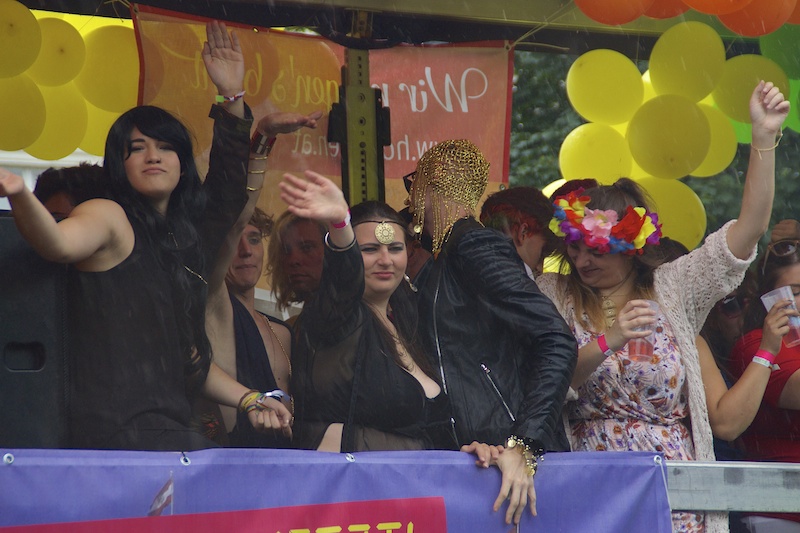 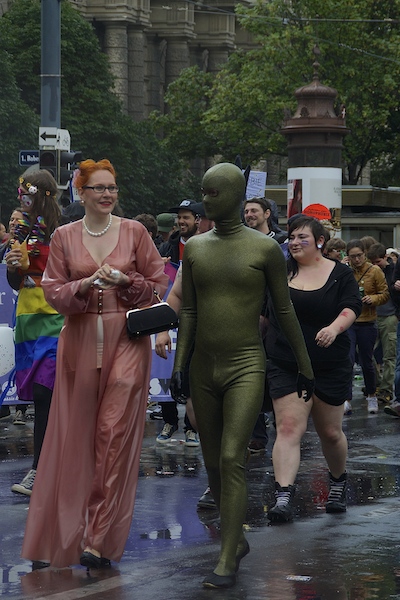