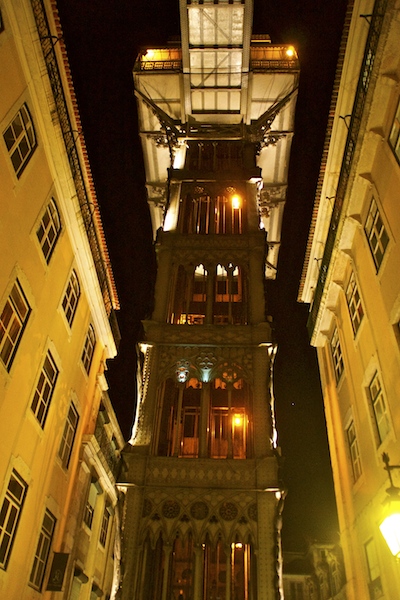 A long time ago I had written an introduction to my city Lisboa, the city of my heart. Then I also promised that I would talk one day about all my favourite places in Lisbon to hang out and eat.

Living abroad makes distances longer and visits not as frequent as you wished. The “saudades” or longing for my country and my city are always present though. And when I finally land, I feel excited to have arrived and impatient to see my family and get to my favourite places.

This time I had a pleasant surprise at the airport. When we arrived at the baggage carousel, I noticed something new. A small coffee shop offering our wonderful espresso coffee, other drinks, Portuguese cakes and sandwiches. What a brilliant idea, I would have kissed whoever thought of it. In spite of my husband’s protests claiming the bags could arrive at any moment, I just followed the wonderful coffee aroma. Such a simple pleasure having that espresso and yet for me it was like a welcoming committee. One that told me, welcome home, you have arrived!

As soon as time permits you will find me in the city center in Chiado!  One of the things I love about Lisbon is how the past mingles with the present and reminds you of how the city evolved . The Castle of St George has seen many battles fought, different people come and go and the city change but it still stands proudly, resisting the times, watching over us. 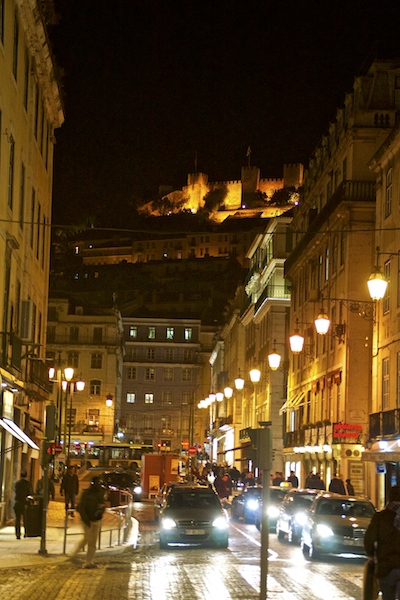 To reach Chiado I usually go up Rua do Carmo, it is closed to the traffic and you can enjoy the atmosphere. Often you will find a van parked in the middle of the street playing and selling Fado records and then almost half way you see the impressive “Elevador de Santa Justa”. Inaugurated in the beginning of the 20th century, the lift iron structure was built in a Neo-Gothic style and is 7 floors high. There is a nice observation platform on top where you have a wonderful view of Lisbon.

When you get to the end of the street, you reach the former “Armazéns do Chiado” which was a famous department store that got destroyed in the big Lisbon fire of 1988. On the 25th August, 18 buildings partially or totally burned down. On that sad day, the Armazens do Chiado were totally destroyed inside but fortunately the facade was left standing. The arquitect Siza Vieira responsible for the reconstruction of the area, decided to restore the facade turning the inside into a shopping mall. There is a store I always visit there, called FNAC. It is a huge bookshop that also has a good media, music and DVD selection. Apart from Portuguese, there are small sections on French, English and Spanish books. 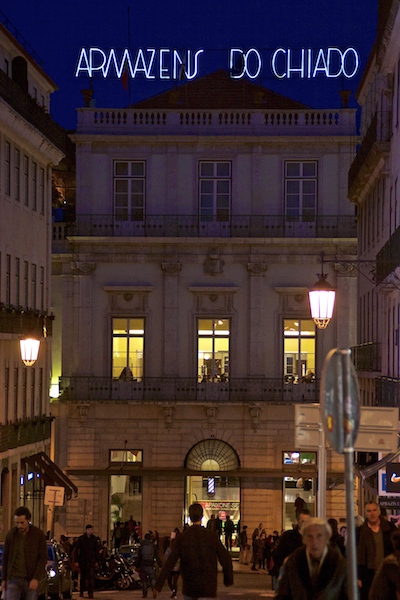 But the best memories of the Armazens do Chiado are from the past. In the department store there was a well known restaurant where I would have lunch when I went with my parents to the city center. I remember one particular day when I was a teenager and went with my father. I asked for ice cream in a bowl and when it got to the table it came with extra strawberries and other things that were not described in the menu. The waiter pointed out that his colleague had made it specially for me. I looked and I see this young man behind the ice cream counter smiling at me. My father didn’t think it was funny at first but then he smiled, thanked the waiter and told me he could understand the young man since he knew how pretty I was. I never forgot my father’s loving eyes. When the fire destroyed the Armazens” in 1988 and the restaurant with it, I cried because my father had already passed away and it felt like those memories were also being destroyed. Fortunately the reconstruction brought back all the good memories and Chiado is back to its former glory.

I’m glad the fire did not affect much Rua Garret which I always follow next to reach my favourite bookshop. 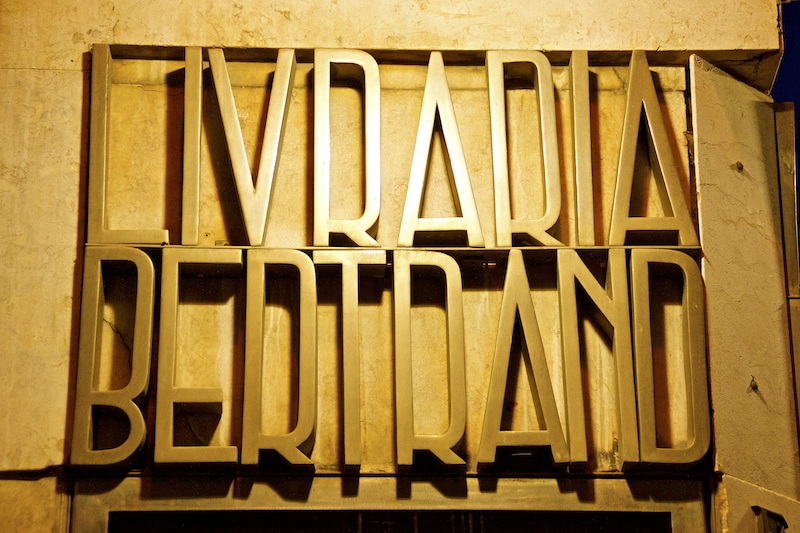 It is the oldest running bookshop in the world, since 1732, and it has the certificate of the Guinness World of Records to prove it. 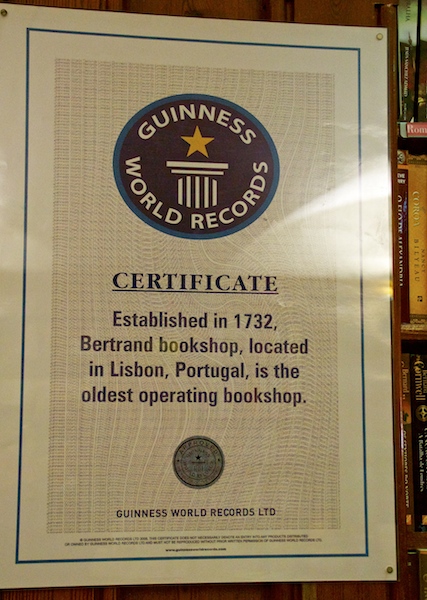 I just love the atmosphere and can spend hours, exploring. There is always something special that I can’t find anywhere else. They also have a small section of English books and a great international magazine selection. 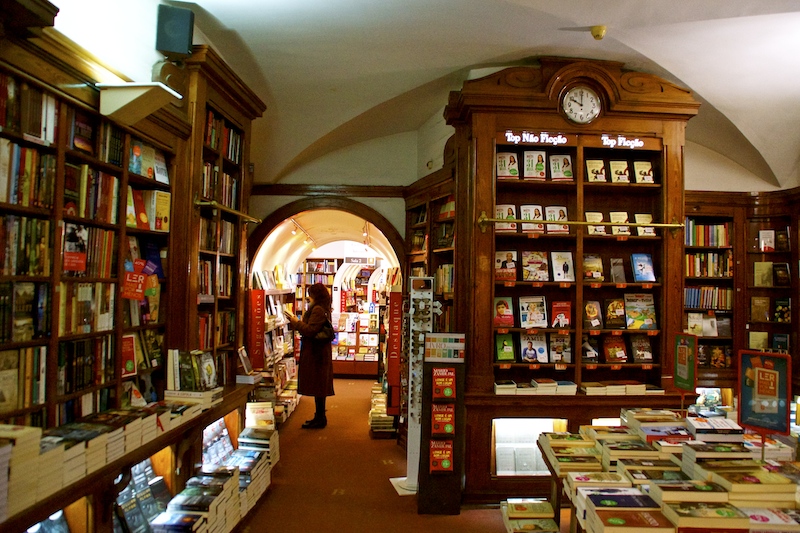 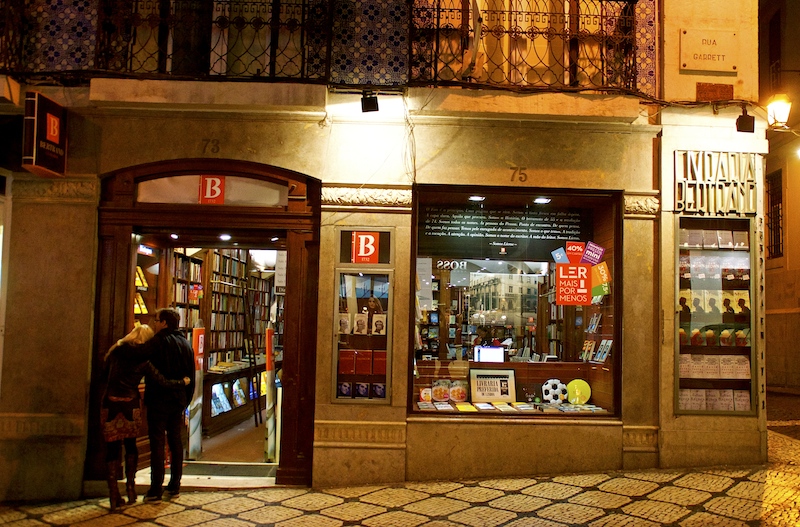 No trip to Chiado would be complete without visiting the most famous coffee shop, “A Brasileira”. 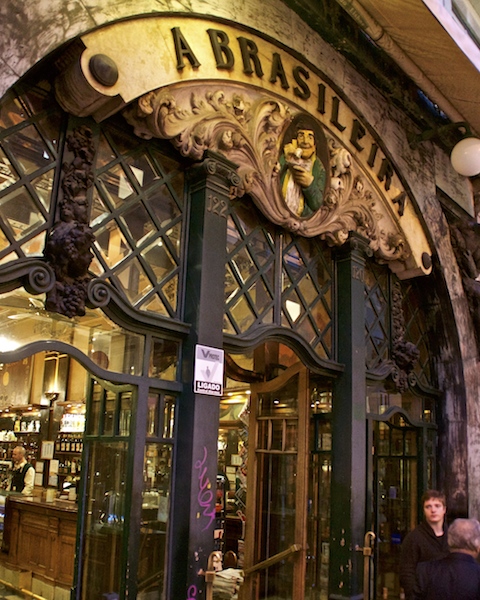 “A Brasileira” was initially opened in 1905 to sell Brazilian coffee. To the clients who bought 1 kg of coffee, espresso coffee was offered for the first time, a very strong small coffee which is what most Portuguese drink. Later it became a coffee shop and when the Republic was established in 1910 it started to be the meeting point of artists, intellectuals and writers. One of the most famous was our poet and writer Fernando Pessoa whom you can find sitting outside and with whom many tourists like to take a picture. 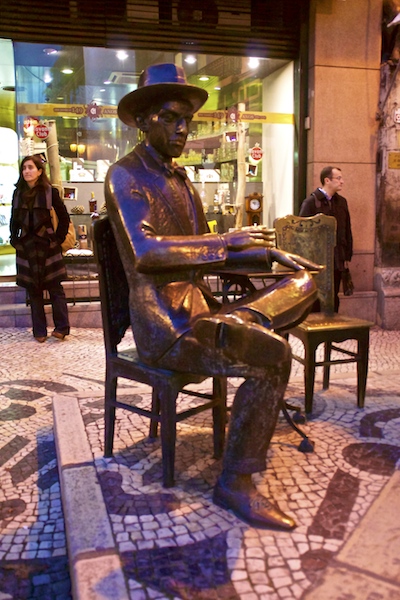 As for me I like the coffee of course and although you can have a small bite, I come mostly for the cakes. What to choose, everything looks so nice, between the sinful “Mil Folhas” 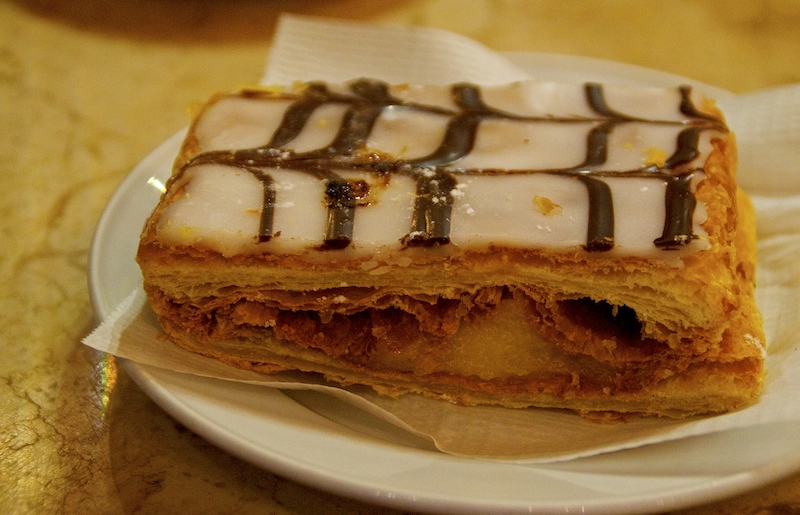 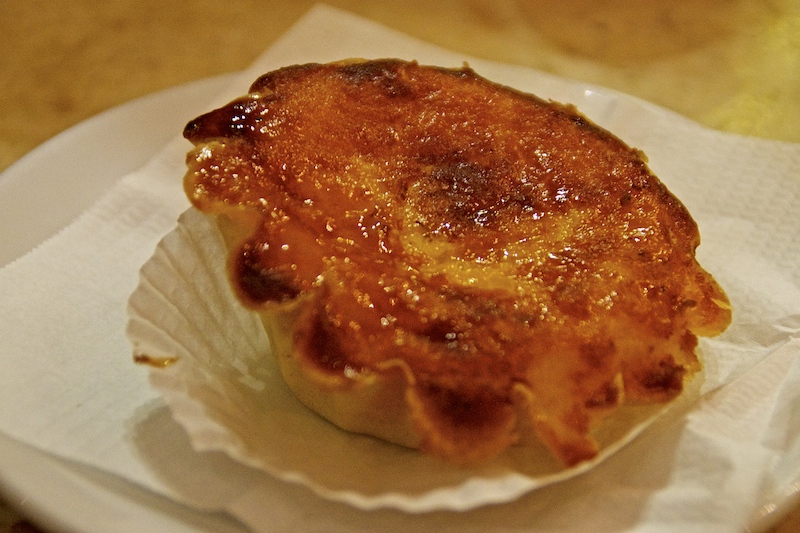 Or even this carrot wonder with chocolate 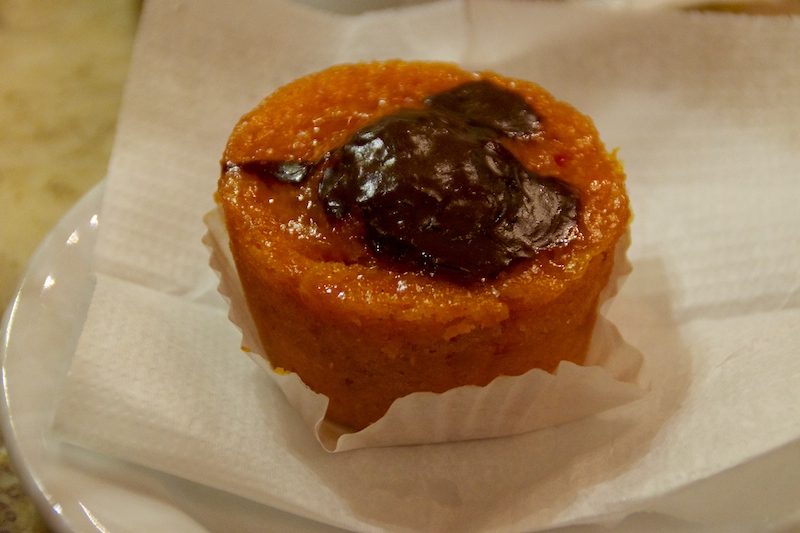 It was so difficult to make up our minds that we just decided to share the three!

I also love the ambience, you can stay for hours which is very nice. On weekends you will also see many Portuguese having breakfast or brunch here. 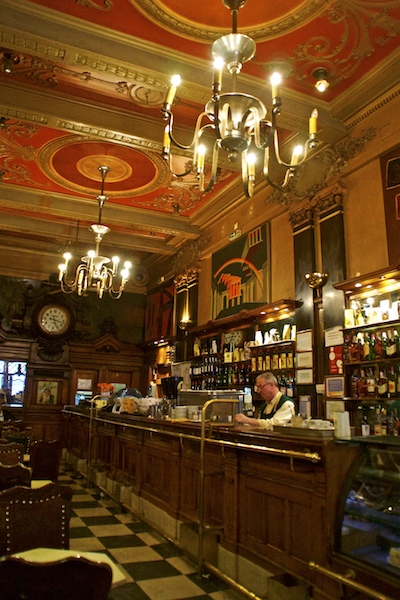 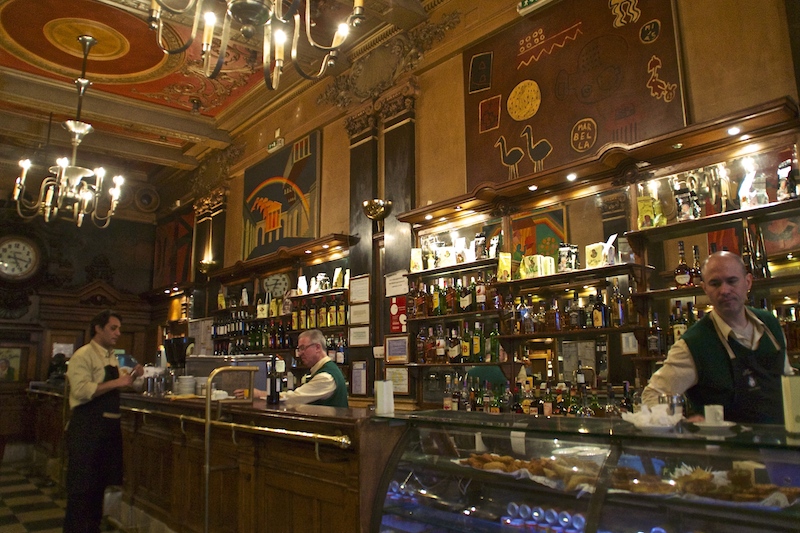 I hope you enjoyed this little sample of what Lisbon can offer. There is so much more to write about. Soon I hope…