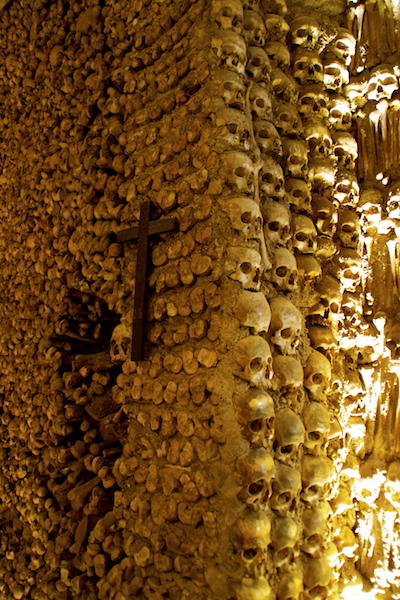 Most of us don’t want to think about death. Unless you are going through a rough time, are a Tibetan monk that has come to terms with his mortality and views death as a part of one’s path or a Mexican who may celebrate and honour the dead in his special way, most people try not to dwell on it.

Last year when I had a health scare I admit I thought about it. There was a period of denial, followed by one of extreme fear. No matter how many twists and turns I tried to give it, I didn’t feel ready for goodbyes. Fortunately, it proved to be a false alarm and if anything, it really taught me to try and enjoy each moment even more, since you never know how tomorrow can surprise you. It may sound like something very obvious, a cliche even, but now that one of my brothers is going through something difficult, it has become real again. I believe life sends you warnings, tough messages sometimes. It is up to you to choose how to respond.

The monks in the St. Francis convent of 16th century Evora that conceived the idea of creating a bones chapel to reflect on how ephemeral or temporary human condition can be, took things to a level that some view as extreme. The chapel was built in the first half of the 17th century and is believed to lodge the bones of around five thousand monks and people buried in the cemeteries and churches around the city.

When you follow the beautiful path towards the chapel, you don’t know what to expect. 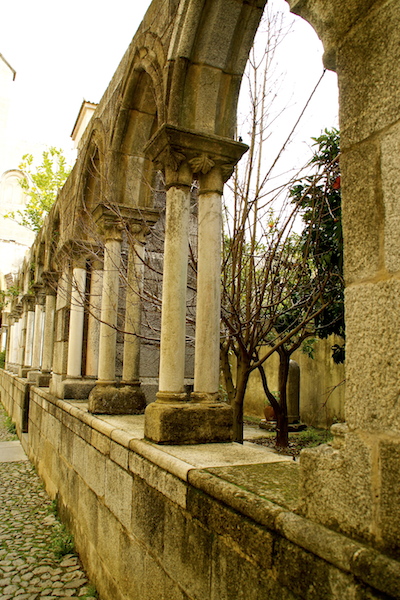 Then you reach the entrance and when you read what it says on the doorway, you feel a bit of a chill : “we the bones that are here will be waiting for yours”. 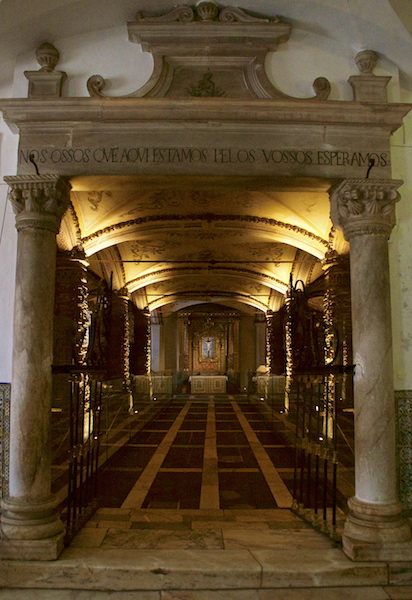 When you finally dare to enter, the beauty of the chapel contrasts with having to face death, having nowhere to hide. 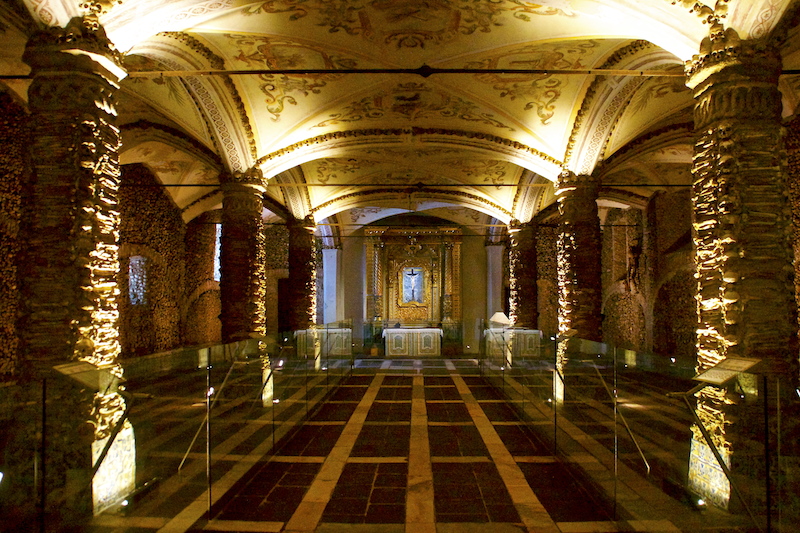 They are everywhere, in the columns, on the walls, around the ceiling. First there is a feeling of sadness, so many people, so many bones. Then you start looking more attentively, you wonder about their lives, their ages, what sort of people were they?

What were their dreams? Dif they fulfill them in their lifetime? Were there any regrets before they ended up here? 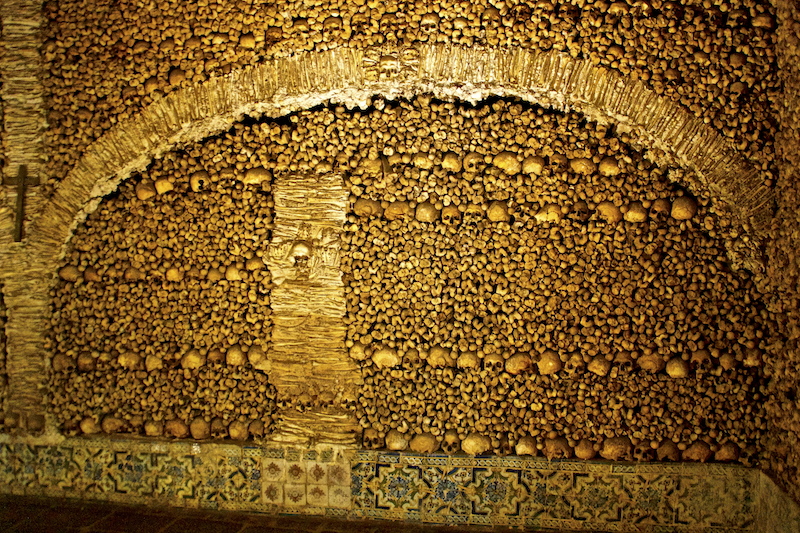 You feel for them, you wish … what do you wish for? 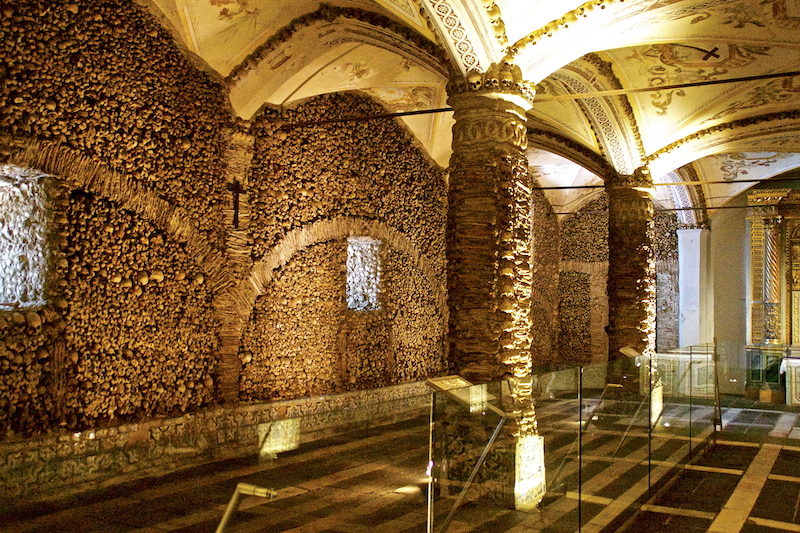 Then you look at your family and you start feeling grateful, grateful for every moment, grateful you are still on this side. I guess the monks who wanted to reflect on life and death had a point after all. I say a little prayer for them and thank them silently for showing me the other side. It made me appreciate my world even more. Sometimes facing it can be positive after all … 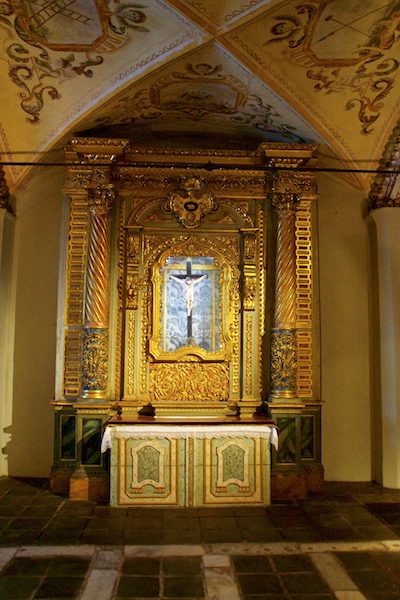 There are two poems in the chapel that reflect on life and death. The poem by the priest Antonio de Ascencao Teles, parish priest from 1845 to 1848, hanging from one of the columns has touched those who visit the chapel:

Where are you heading in such a hurry traveler?

There is nothing so important

Than this one before you.

Remember how many have passed away

Think that a similar end awaits you

Which is enough to make you meditate

If only everyone would do the same.

Think that influenced by fate

Among all the concerns of the world

How very little you consider death.

However, if you happen to look this way

Stop … because for the sake of your journey

The more you stop, the further your journey will take you.