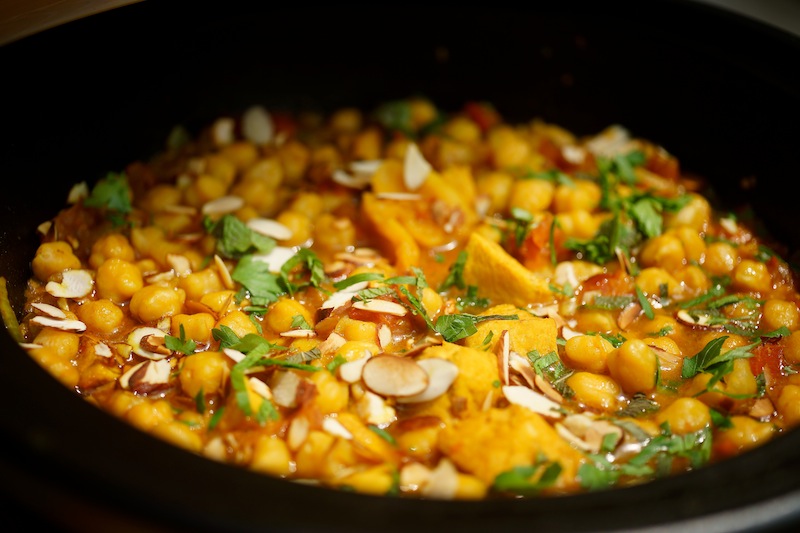 I’ve always had the secret wish of owning a tagine. I’ve encountered many during my travels and the closest I came was when I bought a basketry tagine years ago in Africa of all places. It looks beautiful but for obvious reasons you can’t really cook with it, it can only keep your food warm.

To be honest the reason I always hesitated was because a real tagine is usually made of heavy clay. If you are unfamiliar with this cooking vessel, a tagine was originally a traditional berber cooking pot made of two parts as you can see. The base is round and shallow. The cone shaped cover keeps the moisture flowing, returning it to the bottom which allows you to cook for a long period of time without the need for a great amount of liquid. There are many kinds of tagines, some with intricate designs and different colours. Although originally from North Africa, you can also find tagines in Middle Eastern countries and even Mexico where there is a vibrant community of Lebanese descent. 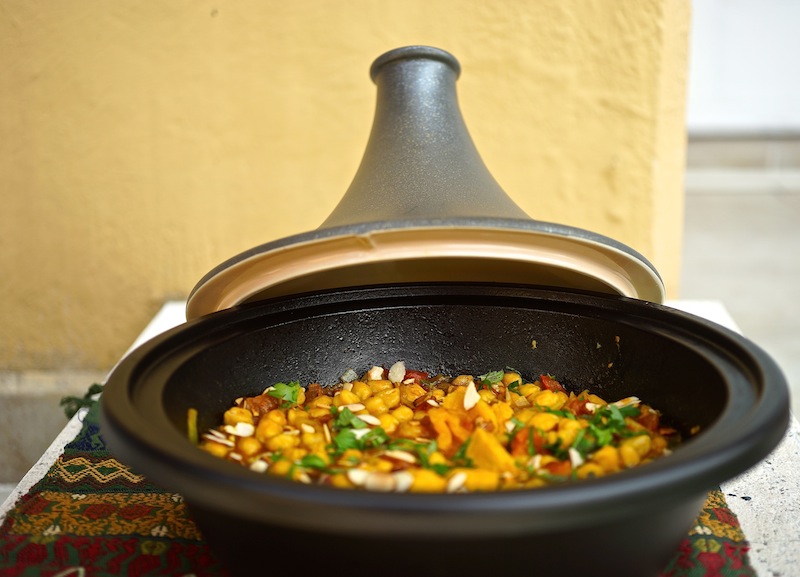 As every few years I change countries, I always think about the unpleasant surprises I’m going to have when I unpack everything next time. Something always breaks, gets damaged or disappears into thin air. This is the way it is. So when I saw this tagine with a cast iron base and a stoneware lid I thought it was the perfect solution for me. Even the clumsiest movers will find it difficult to damage it, I hope!

Hard negotiations followed with my husband. Whenever I want to buy something, no matter what it is, he will always start by saying I don’t need it. Which may be true of course but I still want it. So I told him to imagine all the wonderful tagines I would cook in it, which for a man  proved difficult. Then he pointed out that sometimes I promise and I don’t deliver which is really unfair for the most part! He then added I would need tagine recipes and he was certain I didn’t have any. Which for someone like me with such a huge collection of cookbooks is a bit farfetched. Luck had it I had just bought a magazine which had a Mexican twist to a tagine recipe so I pointed out it must have been destiny which was trying to send me a message, “buy the tagine!” Laughing he finally gave in but he made me promise I would cook the tagine recipe that week or no deal! We shook on it!

And here it is. The middle eastern and asian spices merge perfectly with the chile flakes and the touch of tequila. It is a very healthy recipe with bold flavours and naturally accompanied by couscous.

(adapted from a recipe by Chef Oropeza) 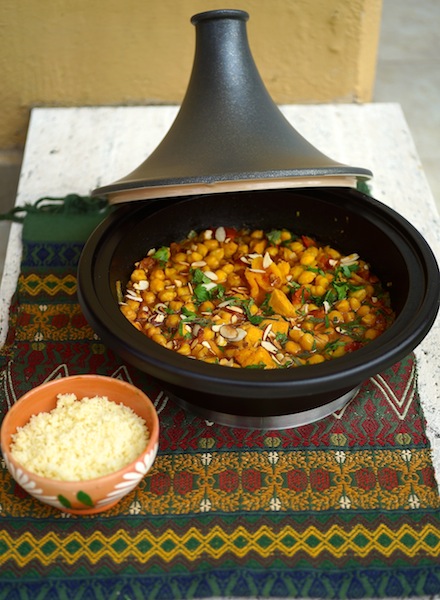