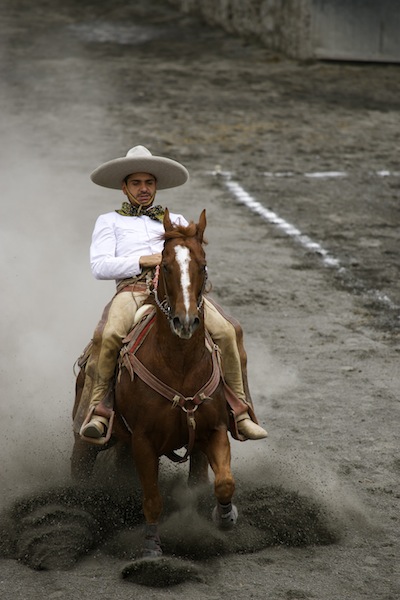 Charreria, the art of Mexican Rodeo I

When I found out we were invited to a Charreria to commemorate the discovery of the Americas, I was thrilled. I had always wanted to learn more about what is considered the only true Mexican sport. Only once had I witnessed a small demonstration of this art right after our arrival in Mexico.

Its origin dates back to colonial times. After the colonization of Mexico by the Spaniards in the 16th century, new properties or haciendas were built and cattle raising soon became one of the most important economic activities. The Spaniards had introduced the horse to Mexico but at first  the indigenous population was not allowed to ride them. The increase in number and size of cattle raising haciendas, brought the need for herdsmen and so the rules had to be changed. The indigenous men were allowed to ride and soon became great horsemen.

The predecessor of the Charreria were competitions between haciendas to show off their ranch work skills. Before the First World War these competitions extended outside Mexico to the US and Canada with participants competing internationally.

With the Mexican Revolution and the break up of the Haciendas with the agrarian reform, the tradition of the Charreria almost disappeared. That is why in 1921 a group of Charros joined forces to create the Mexican Federation of Charreria in an attempt to keep the traditions alive and revitalize the sport.

Later when the Charreria became officially an Amateur Team Sport, the international competitions ceased. At present Charrerias organized by the Mexican community in the US are quite frequent and sometimes American Champion teams compete in the national Mexican charrerias . 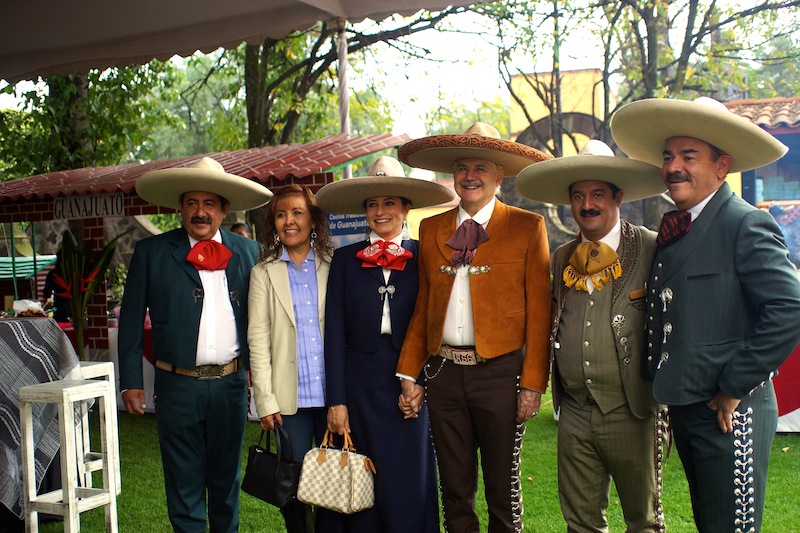 You can find as much as 5 generations of the same family dedicated to this art. The federation has 20.000 members of charros affiliated and participates in competitions in the whole of Mexico and also in 13 US states.

The federation also organizes the Paracharrerias, these are special competitions to allow the Charros and Charras that through accident became incapacitated or disabled, to still participate in the sport.

The charreria has 10 scoring events. The last event is the only women’s competition in the Charreria called the “Escaramuza”. The women ride on the side, dressed as “Adelitas” in beautiful attire. They dress in tight jackets, long skirts and perform several equestrian abilities that require speed, precision and skill.

There is a dress code for each participant with strict rules that cannot be broken. Even the members of the Federation display their finest attires. 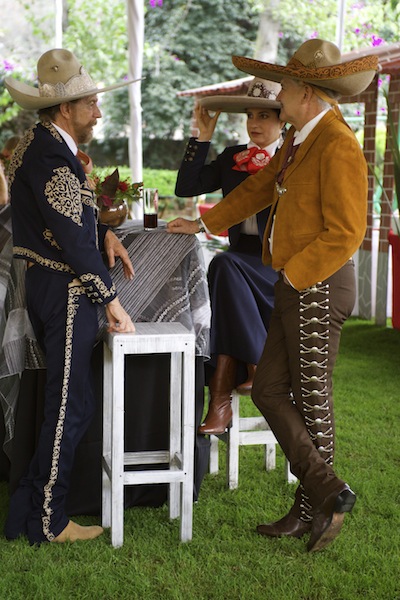 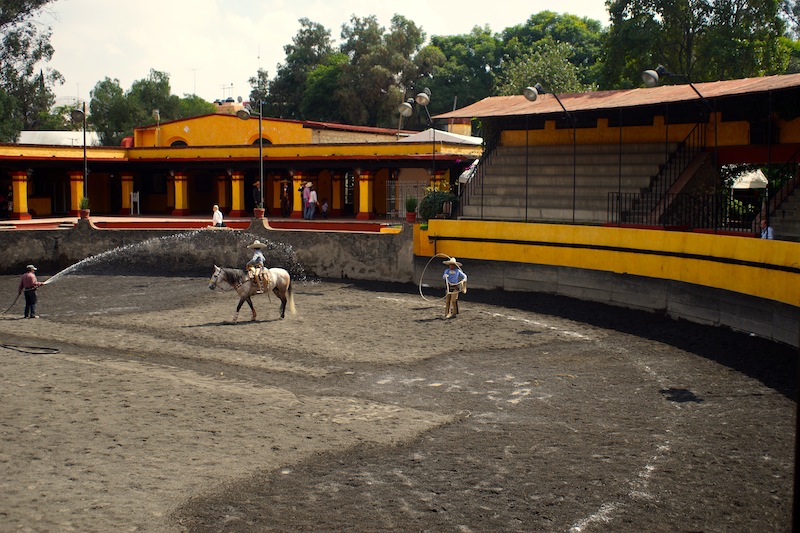 At the beginning of each Charreria you have the Parade with all the participants. Usually they display the standards of each group competing in the Charreria. As this was a special event and the audience was international, they came out with their standards but also with the flags of each country present. 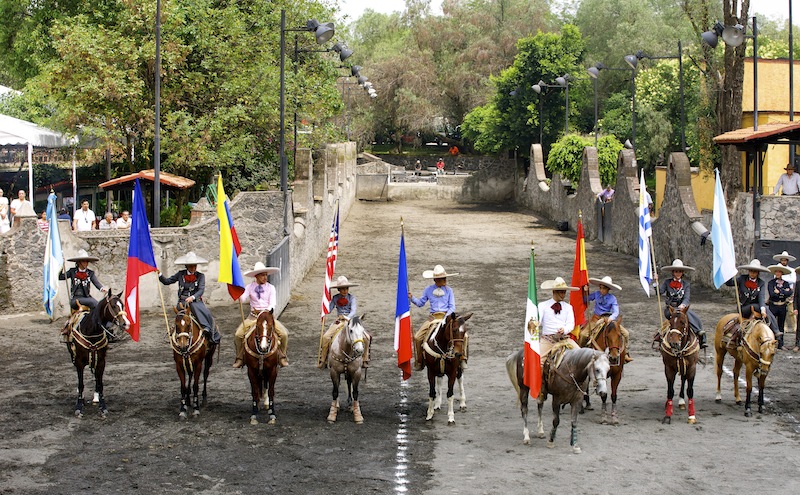 A participant in the women’s “Escaramuza” 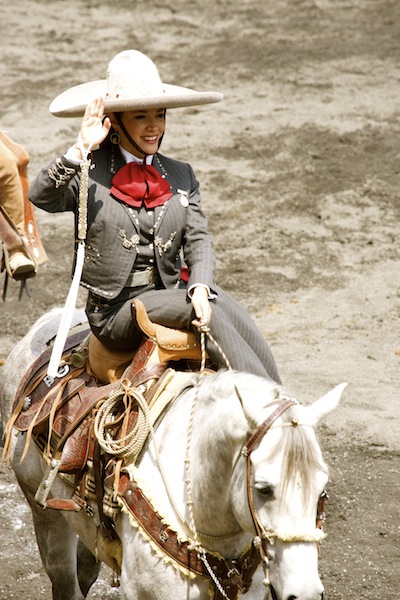 The President of the Federation welcomed everyone and the Charreria began! 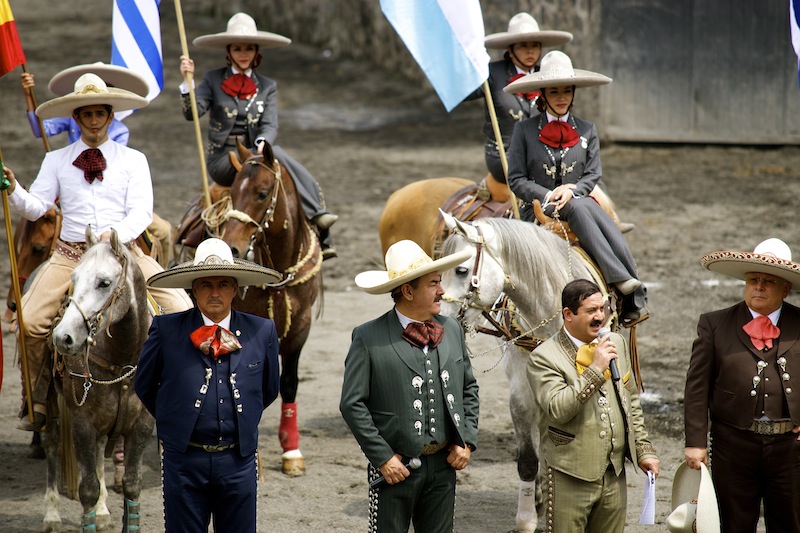 To start we had the “Cala” (reigning), the first event of each Charreria. The Cala shows the ability of the horse. How it performs in certain situations, like galloping and backing for example. Here you can see the horse galloping and then the Charro reigns in the horse to stop it. 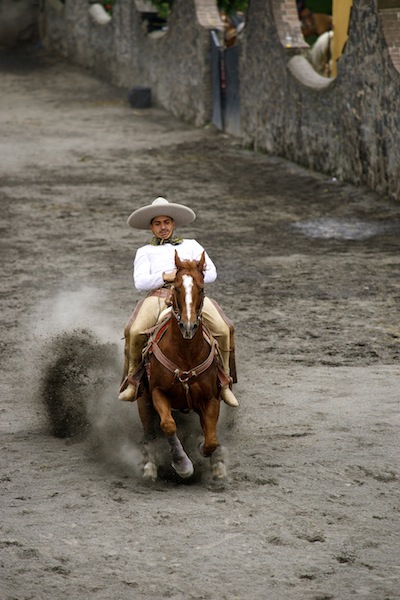 Next comes the “Piales” (heeling). This consists in stopping a mare by looping its hind legs until it falls. You have three tries. 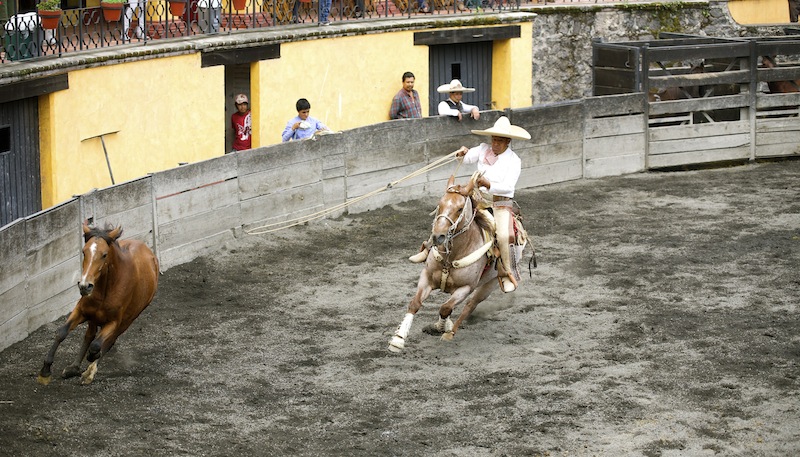 Next you have the “Colas” (steer tailing) where the Charro waits for the release of the bull, then chases it, tries to get hold of his tail and then pulls it under his leg until the bull falls. 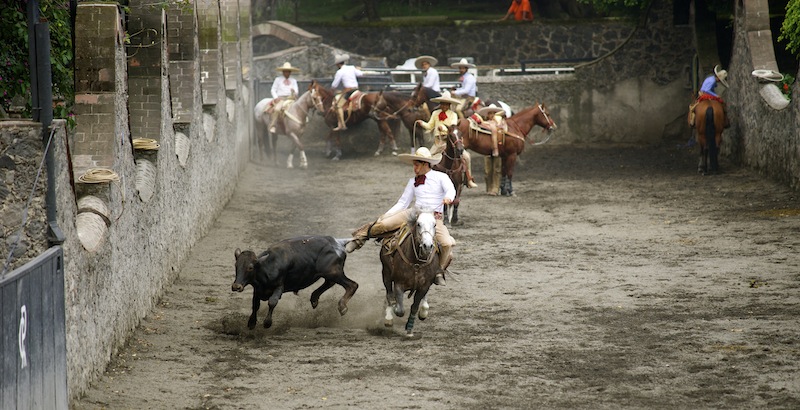 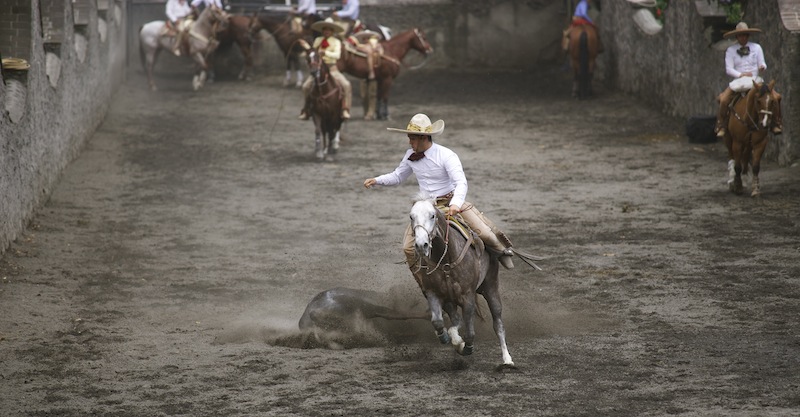 The next event is called “Jineteo de Toro” where a Charro is supposed to ride a bull until it stops bucking. We were very impressed since this Charro was so young. 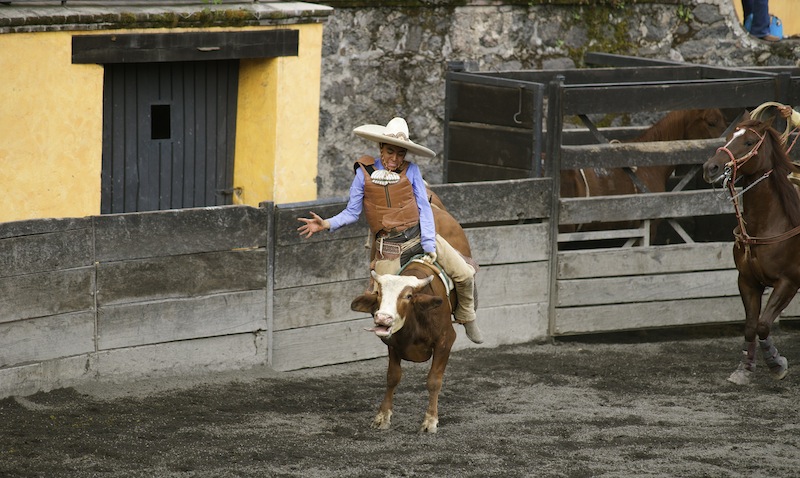 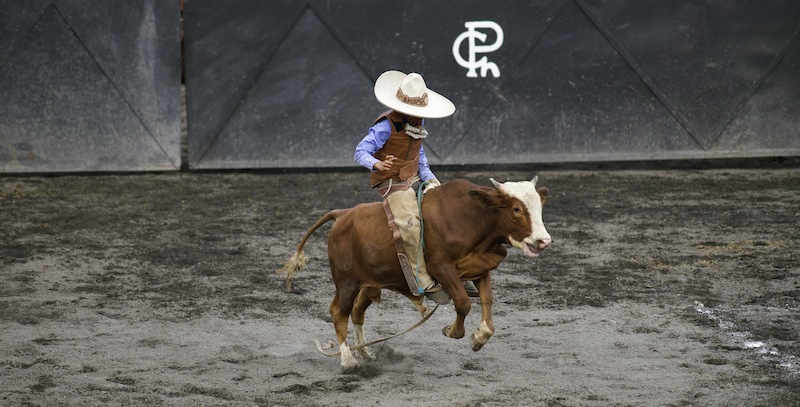 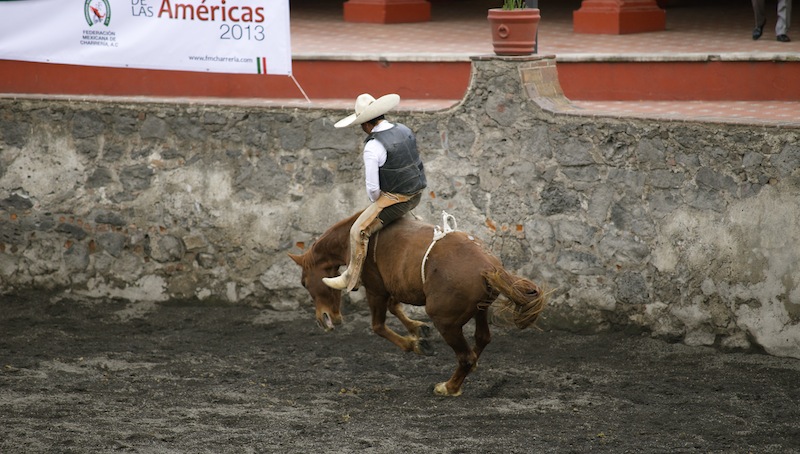