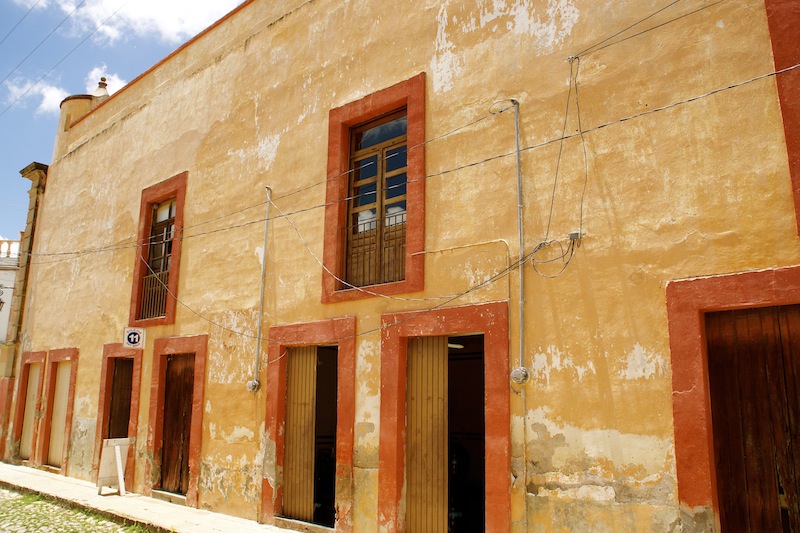 The Magic of Mineral de Pozos

It never ceases to amaze me what magical pueblos or villages one can find in the different states of Mexico. Even within the same state, landscapes can change, cultural and culinary traditions can differ. People can also act and look distinct from the neighbouring pueblo.

I’ve been travelling for many years, have visited many countries and different cultures but I don’t think I ever witnessed so much diversity within the same country. I love doing road trips in Mexico with my husband and daughter and I’m always surprised by what we discover.

I was really curious about Mineral de Pozos, a village located in the semi desert of the state of Guanajuato in central Mexico. In the horizon you can perceive the mountains of the Sierra Gorda and also the “Cerro del Águila” (as the name indicates, its shape looks like a flying eagle) a sacred place for the Chichimecas who dominated this area in Pre-Hispanic Times.

After the arrival of the Spaniards in the 16th century, the Spanish religious orders were the first to establish themselves in Mineral de Pozos with the aim of christianizing the indigenous population. It was the Jesuits who managed to reach a peace agreement with the local population that allowed  them to exploit one of the first and last mines in Guanajuato, Santa Brigida (given to the Jesuits in 1589, closed in 1955). The mines were rich in gold, silver and other metals. After the expulsion of the Jesuits in the 18th century, there was a period of  decline, followed by a period of recovery and prosperity in the last years of the 19th century.

This was the apogee of Mineral de Pozos. A thriving mining industry led to prosperity and to an increase  of the population. At one time almost 80.000 people are believed to have lived and worked here. It became one of the leading towns in the production of silver in Mexico and in the world. The Mexican Revolution, a devaluation in the price of metals in the international market and the depletion of the veins in the mines, all contributed to the second period of decline. As the soil was not good for agriculture or raising cattle, Mineral de Pozos suffered a massive exodus. It almost became a ghost town remaining abandoned for almost 100 years with, at one point, only 200 people left.

Gradually the town started to attract other artists and new workshops, galleries and shops. The population increased once more. Buildings, many dating to the 16th century, started being restored and charming hotels opened its doors to visitors. Mineral de Pozos is now a renovated pueblo with a great number of artisans and artists that is starting to attract visitors from Mexico and abroad. It has found a new breath of life and it is really a magical place. We visited several of the shops and workshops specialized in Pre-Hispanic musical instruments. The shapes and sounds were unique and fascinating. 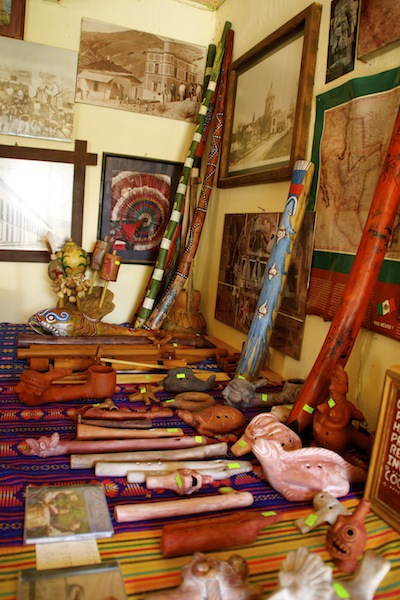 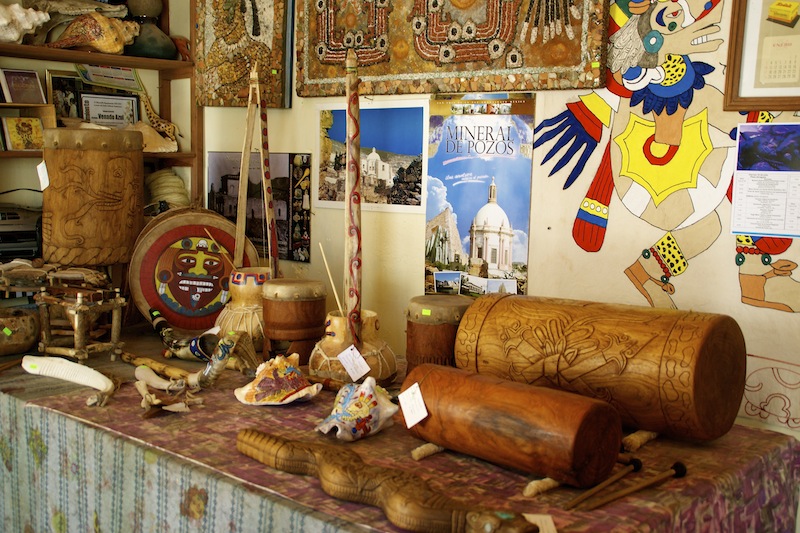 What impressed me also was the architecture and the vibrant colours of the buildings. The warmth of the colours in Mexico always inspires me. 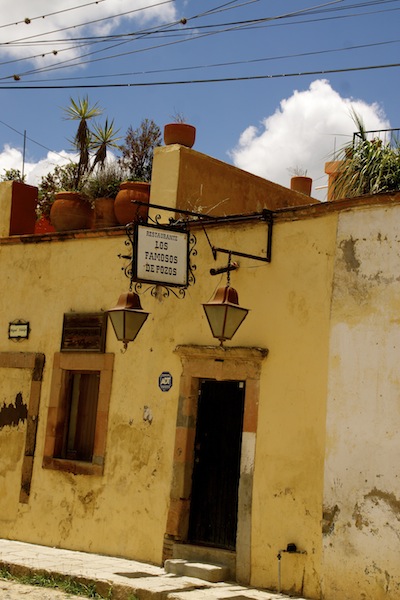 The San Pedro parish church with its big cupola and dating from the 18th century, surprised us with its beautiful interior. 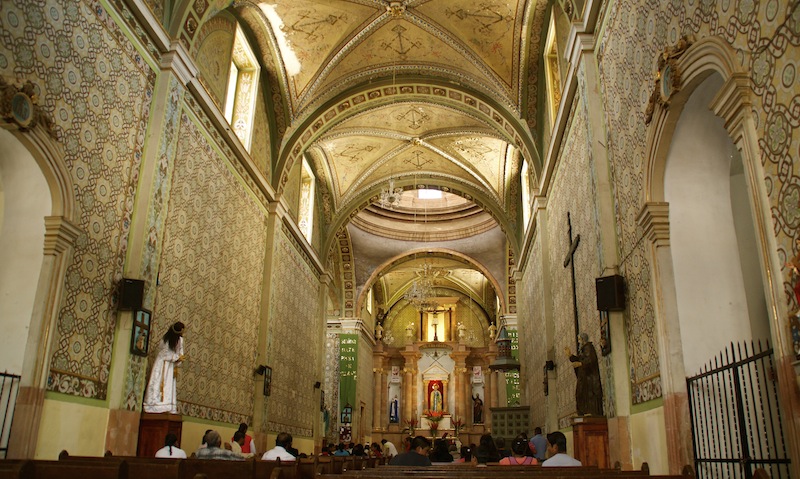 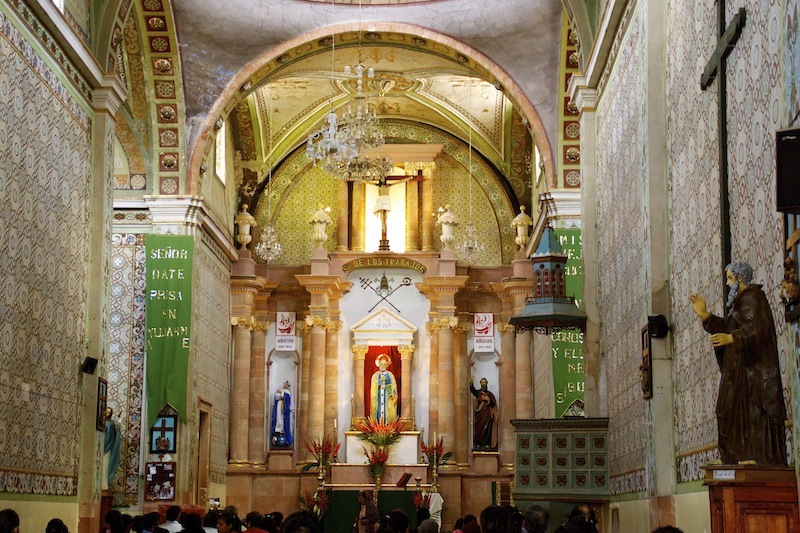 And there are nice decorative details in some of the buildings. This door is from one of the charming hotels in Mineral de Pozos. 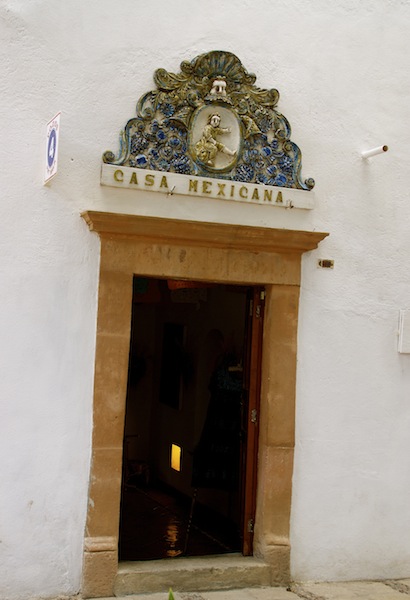 However, the nicest part of the visit was without a doubt the people and their welcoming nature. I had read that when you go to Mineral de Pozos you should try and taste the “gorditas de maiz quebrado”. I had no idea what they were exactly. When we came out of the church we saw a small market with a few food stalls and handicrafts. 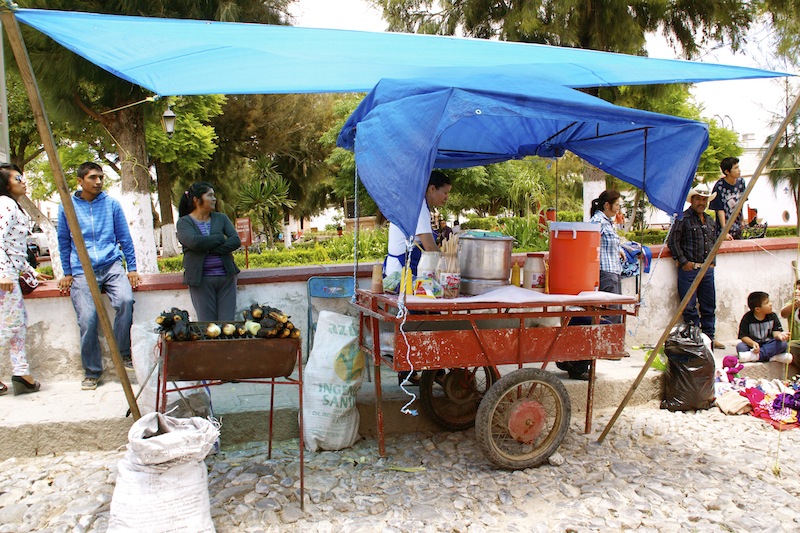 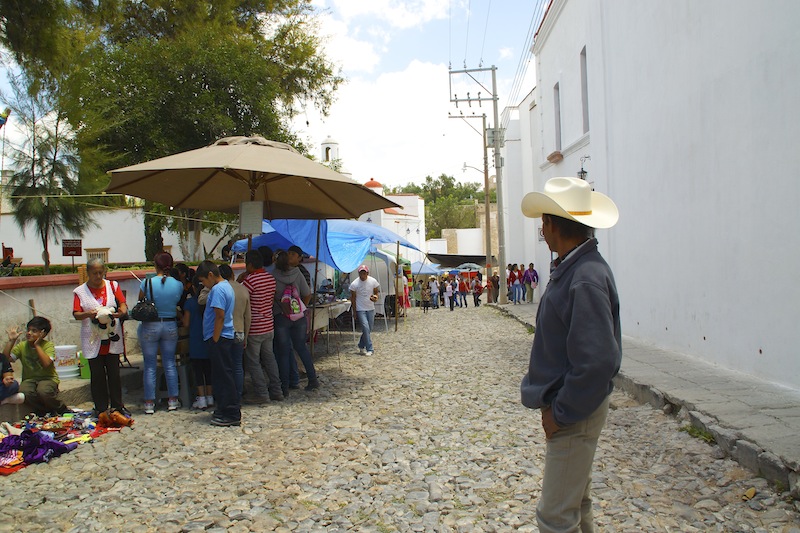 We strolled around the market and that is when I noticed them. Two nice ladies cooking and preparing what looked like the recommended “gorditas de maiz quebrado”. 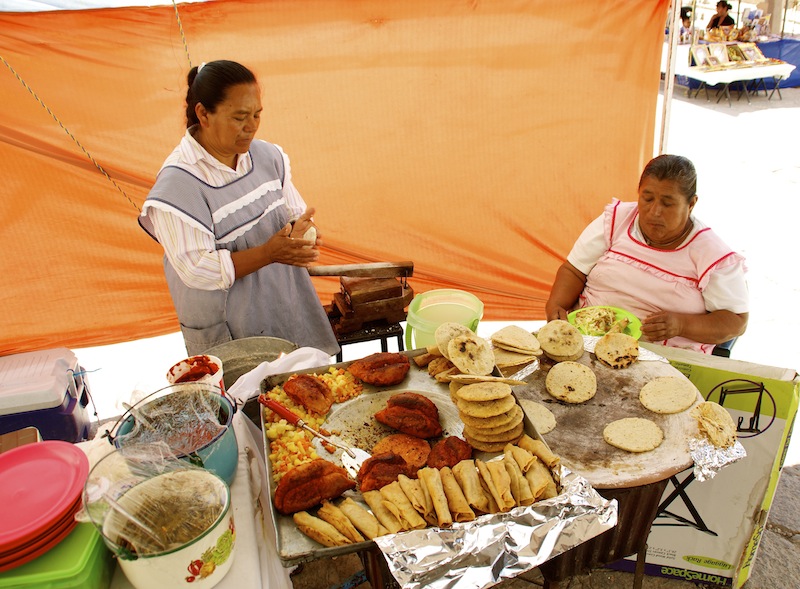 We approached and asked them about the “gorditas”. You can see them on the right of the picture. They look like corn tortillas but are thicker and are like pouches you open and then can fill with a variety of sides. It can be meat, different salads and sauces. They told us they would do fresh ones for us so we sat down and watched as their experienced hands shaped the dough. Surprisingly they decided to do miniature “gorditas” just for my daughter and wouldn’t charge us for them. They called her love and it was such a kind, wonderful gesture that it really touched me. The “gorditas” were simply delicious! There was a slight wind that refreshed us from the intense heat, the church bells started to call for mass and at that moment I wanted time to stop. It was such a happy moment, sitting on a wooden bench in a street market, eating these delicous home made “gorditas”, seeing the joy in my daughter’s eyes. I wanted this moment to last forever!