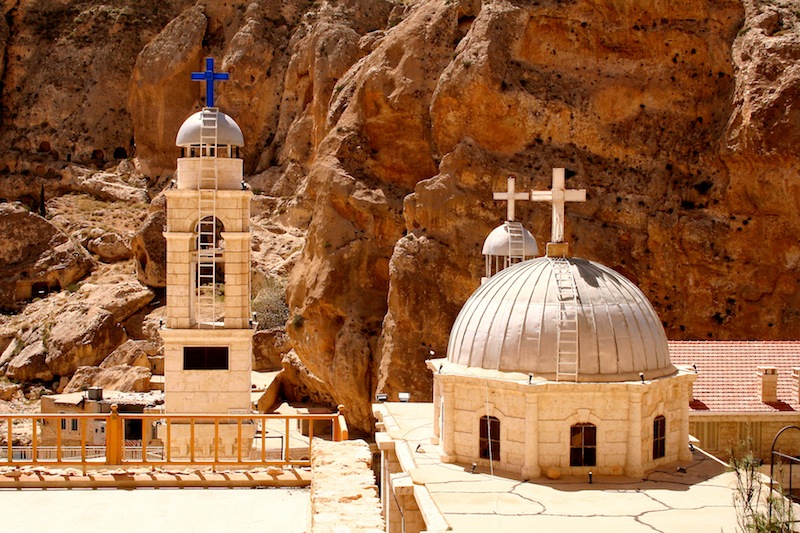 After the latest reports coming out of Syria mentioned the loss of Maaloula to rebels led by Al Qaeda linked fighters, I couldn’t help remembering my special visit to this beautiful Syrian Christian village.

Maaloula is situated in the slopes of the Kalamun Mountains, about 50 km/31 miles from Damascus and at an altitude of 1500 meters/4921 feet. When you are approaching the village, its small houses look like they have been suspended in mid air. The scenery is enchanting, I can still remember the beautiful fig trees and grapevines. Besides being considered the holiest Christian site in Syria, it has always been a place of pilgrimage for Christians and Muslims that came to Maaloula looking for blessings and to make offerings.

Above all, Maaloula was always a place where Christians and Muslims lived in harmony and respected each other. To see now images of the Syrian Christian who were forced to flee from their homes, to abandon the village that saw them born, was very sad. To hear their tales how their monasteries were desecrated with many Christian symbols and images destroyed was upsetting.

I will never forget the day I went to Maaloula. We left from Damascus in the early morning. The sun was shining and there was a nice breeze in the air. It was a nice drive, not far at all and we could take in the beautiful landscape and mountains. We were excited to visit the only place in the world where Aramaic, the language that Jesus is believed to have spoken, is still in use and very much alive.

Our first stop was the St. Sergius (Mar Sarkis) monastery. Dating from the 4th century, it is one of the oldest monasteries in the Christian world. It was built over an ancient pagan temple and got its name from the roman soldier who was executed for his Christian beliefs and became a martyr. 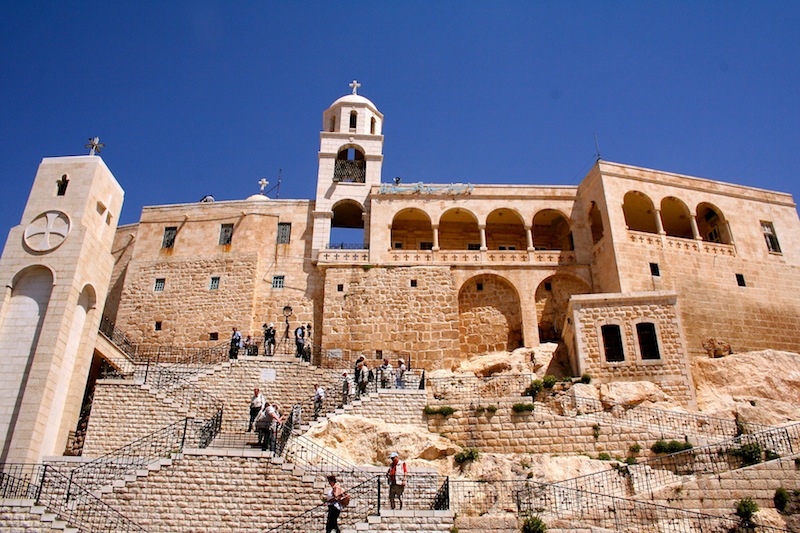 The monastery impresses you with its simplicity and the beautiful imagery and impressive icon collection dating from the 16 to the 18th centuries. 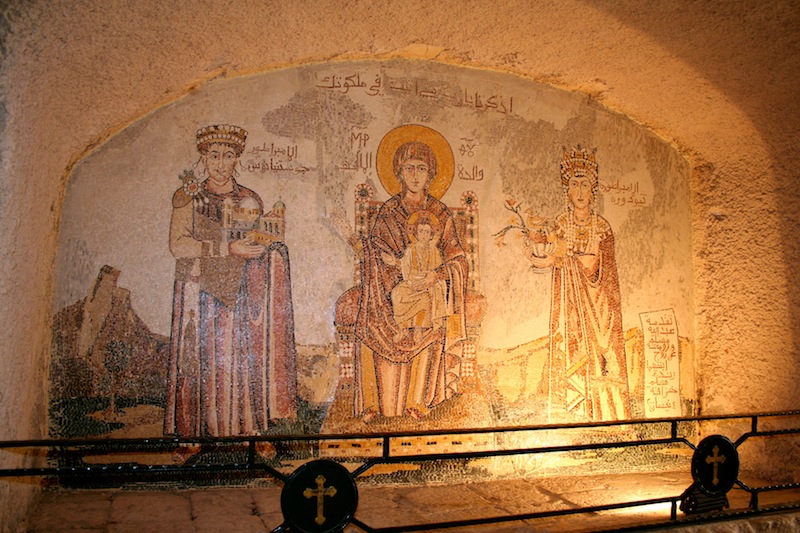 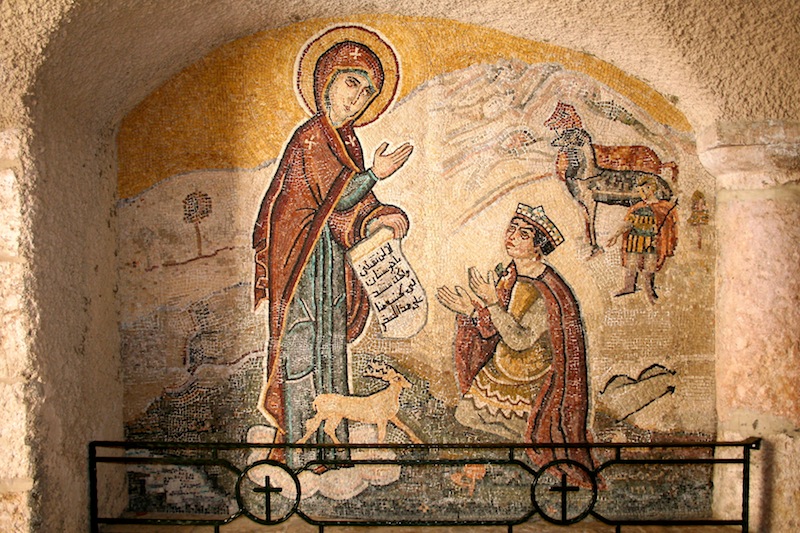 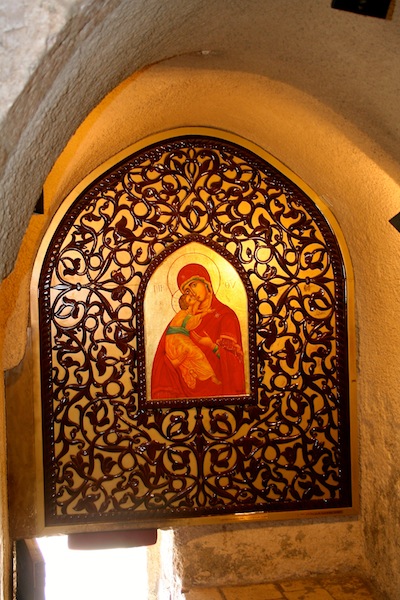 It was such a peaceful and inspiring place. As there were few people at that time, we could appreciate it even more. We got to the church doors and decided to enter. 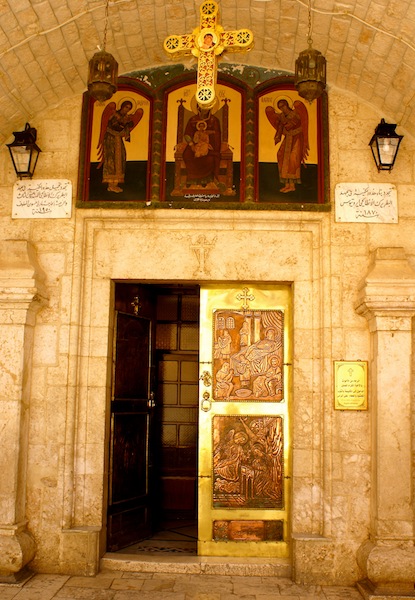 Luck had it that we managed to witness the last part of the morning mass. There were only nuns and priests attending. We sat in the back quietly, so as not to disturb the ceremony. It was one of the most touching and spiritual moments in my life. I had never heard Aramaic spoken before but just to be able to listen, was very special for me. At the altar, there were two nuns facing a priest. They took turns reading from what it seemed like the scriptures, then the priest would in turn read from his book. It looked like a sort of dialogue, something I had never seen before. The church is beautiful and has a big collection of icons. As a sign of respect we chose not to take any photos inside. It was a special moment for us, we left feeling moved by what we had witnessed and heard. The nuns were very welcoming and happy to show us around.

Everywhere you looked, there were special details to admire, be it the carvings on the other doors of the church 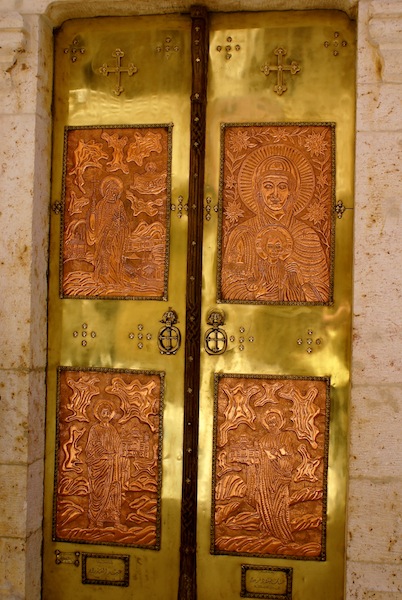 or other representational panels along the way. 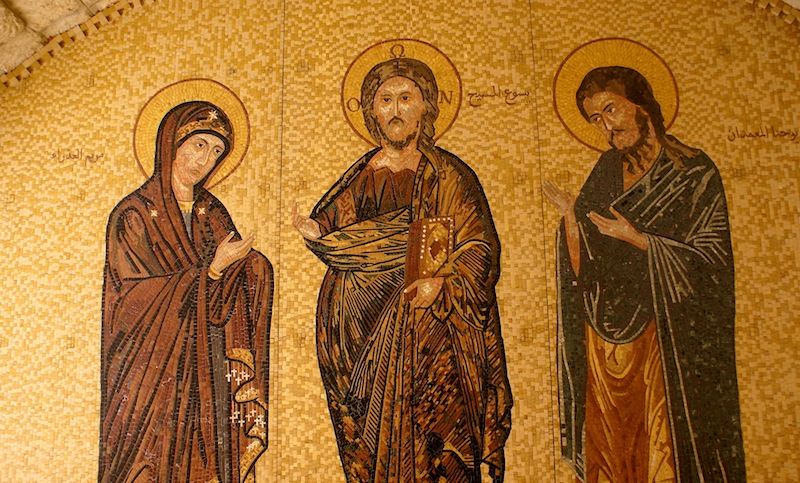 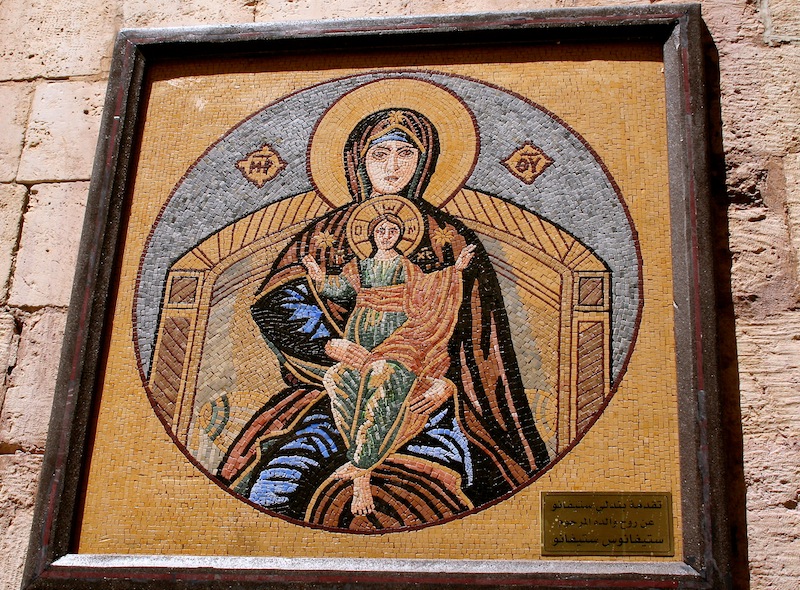 Next we visited St. Thecla (Mar Takla) monastery. Thecla was the daughter of a Seleucid prince and pupil of St. Paul. She is believed to be buried in the mountain above the monastery. 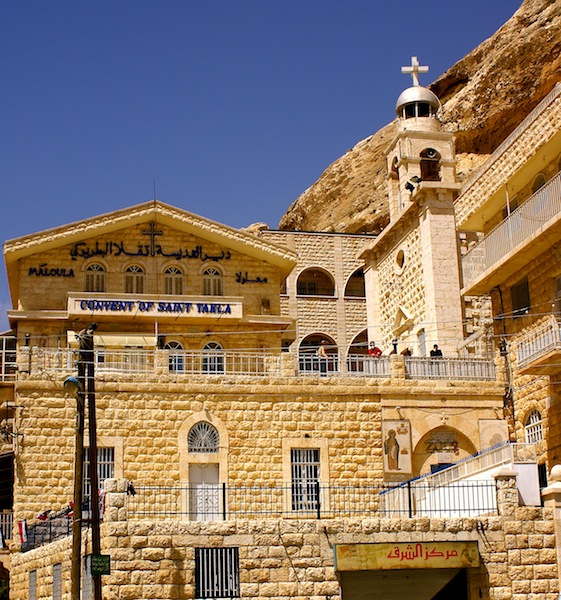 We felt again inspired and in peace with the world. The landscape here is just striking 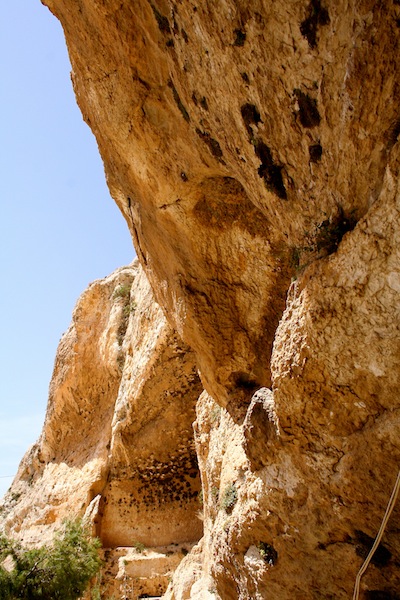 It is very hard today to accept that instead of the sound of bells and the symphony of birds, you have at present the sound of guns…