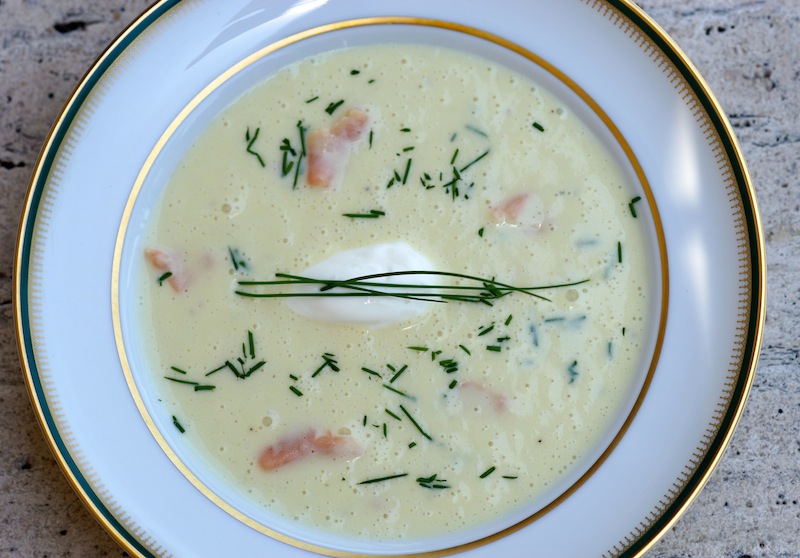 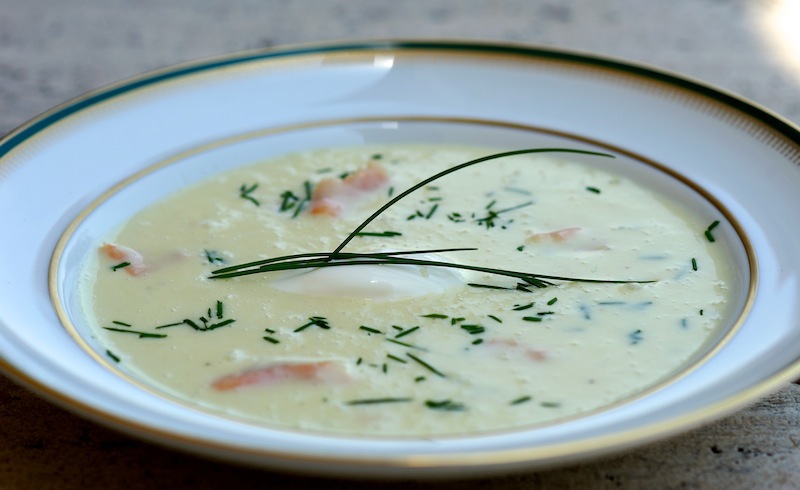 I must say I changed a lot over the years. From a child who hated soup to somebody who appreciates the benefits and even the comfort of a good soup. The only two soups I would eat as a child, were chicken soup when I was sick and a special soup my mother made which was my favorite. It was the only soup she knew I would agree to eat. I always called it the bread soup. It was really called Cilantro soup, it had pieces of bread, poached eggs and of course lots of cilantro. I cannot describe the pleasure I felt when I ate it, I remember it was rich and so comforting. It has been so many years since I last ate it that I should really ask my mother for the recipe!

Since then I always try to find soups which can emulate that happy feeling. All the soups I have put so far in my blog have given me something special and this Potato soup with salmon is no exception.

I love the creaminess which highlights the flavour of the leeks and potatoes and takes it to another level. The smoked salmon slices bring that extra richness and the chives the garlicky final touch.

This will also make a great starter if you are receiving guests. It is an elegant soup and you can get creative with the decoration.

It was adapted from a recipe of Chef Monica Patino. 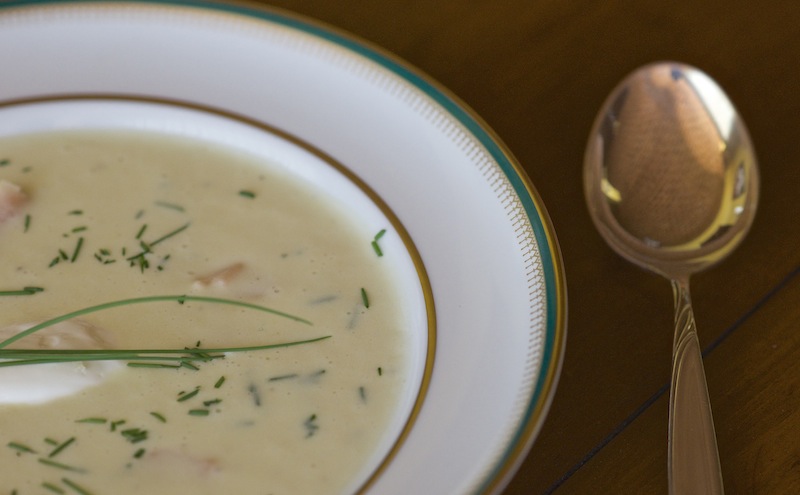