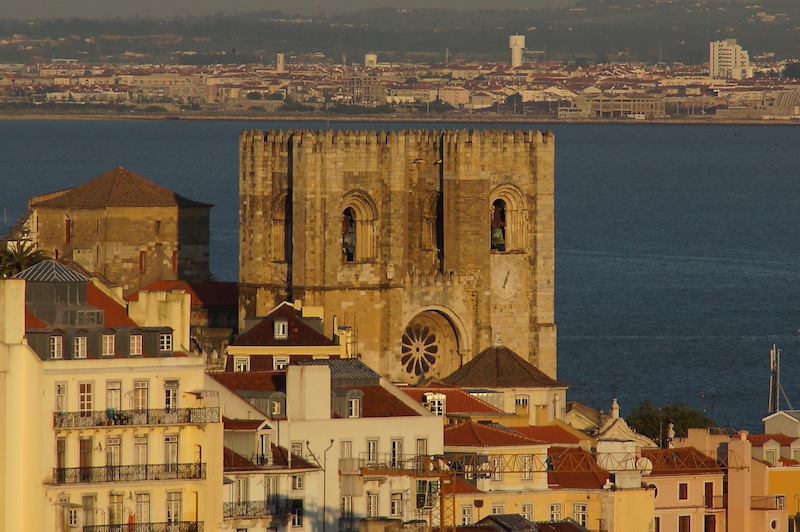 Lisboa, the city of my heart

What to say about the city you were born in, Lisboa, and love so much? It is difficult to know where to start since it is so close to your heart, offers so much and has a lot to explore.

I’ve been away for so many years that each time the plane approaches the city and I begin to see its beauty, I can’t help but feel a knot of emotion in my throat mixed with excitement for being back again.

I also miss it all the time. The lively atmosphere, the coffee shops I adore, the old bookshops, the great food, the sun, the river Tagus where you can watch the dolphins play, I could go on and on. 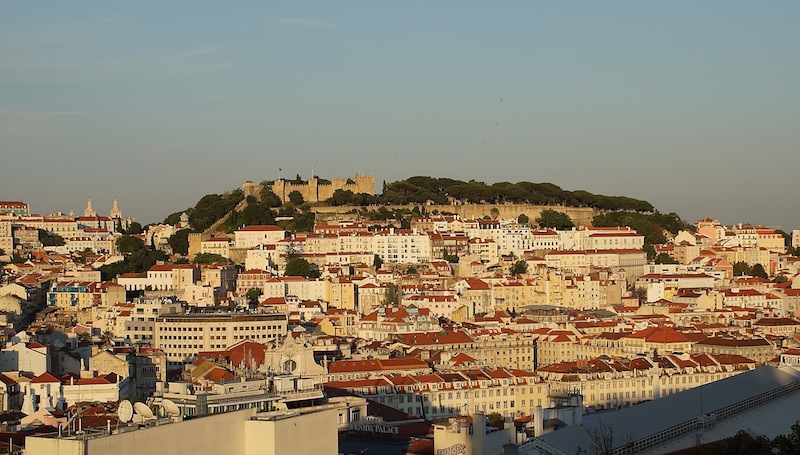 Most of the architecture and planning of the city center dates back to the 18th century when the city was rebuilt after the earthquake in 1755 and the tsunami that followed. Most of the city center was destroyed and in Lisbon alone, 15.000 people lost their lives. The Marquis of Pombal, Minister of our King Jose I (the same as a Prime Minister today) planned and rebuilt the city in a brilliant way, having in mind possible future natural disasters. Fortunately, we’ve had no more of those and the city flourished to what it is today.

Lisbon’s existence is much older though, it is one of the oldest cities in the world and the oldest in Western Europe. Throughout the centuries it survived many invaders like the Celts, Romans and the Arabs. We fought and welcomed different peoples by always adapting to the changes imposed. We are still very good at adapting to trying circumstances…

The oldest neighborhood in Lisbon, Alfama, is one such example. It survived the earthquake and it still shows today remnants of the past. The arab architectural planning in its narrow streets and traces of its culture in the atmosphere of the place.

At the same time its impressive fortress, the castle of St. Jorge adapted to different masters, Romans and Arabs. Finally, it became a symbol of the victory against the arab invaders. The symbol of a new found freedom and defense of a new era to come. 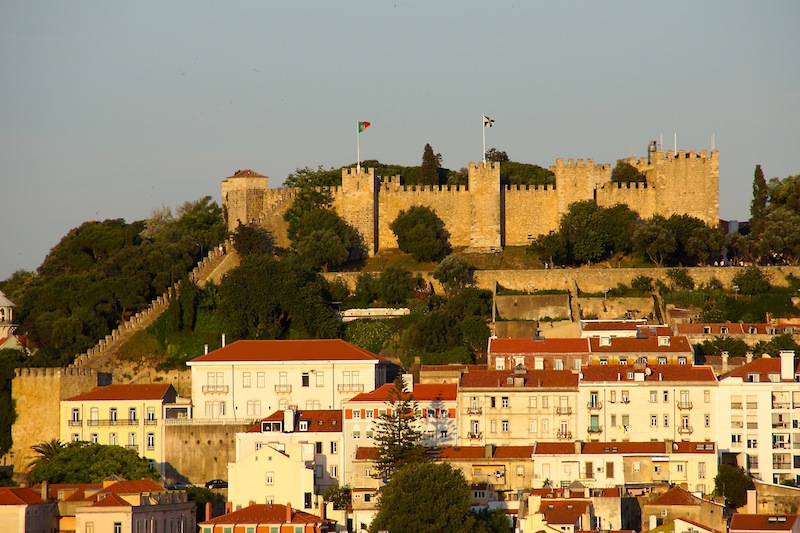 Like many of the countries in Europe, we are a mixture of different peoples. Our roots combine a number of Lusitan tribes originally from our territory, mixed with all those invaders. Also an important Jewish community that was later depleted with the escape of many to Holland and other places. They were fleeing the Christian Inquisition persecution that started in the 16th century. After we started the Discoveries in the 16th century, there were several other ingredients added to the equation and many Portuguese seeds planted all over the world.

The “baixa” or city center is elegant and lively, with shops, restaurants and coffee shops. We have impressive squares like Rossio shown in this picture where our beautiful National Theatre D. Maria II is located (left side of the picture). The building designed by an Italian architect is the best example of Neoclassical architecture of Palladian influence in Lisbon. Further down from Rossio is Rua Augusta, a pedestrian street that leads to the imposing Terreiro do Paco near the river. Further up from Rossio you have the Av. da Liberdade, the grand boulevard divided by pedestrian pavements decorated with gardens. There you can find all the high end boutiques. 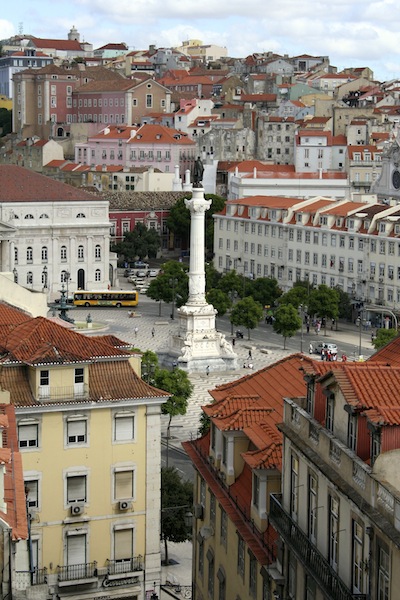 Lisbon is also built on seven hills and another one of these hills is the trendy neighborhood, Bairro Alto. This is the heart of the night life in Lisbon, full of restaurants, bars and night clubs. Its streets are very narrow, steep and you can either walk or take the tram. 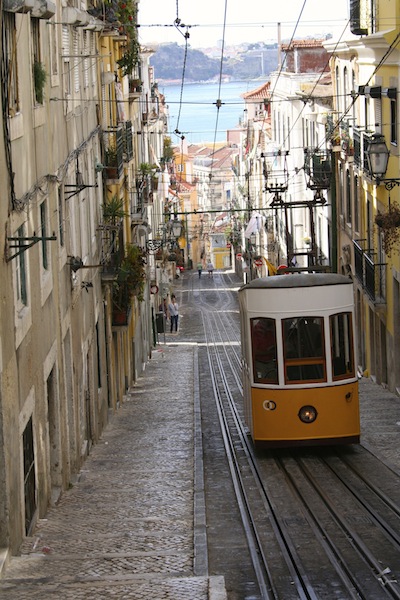 Shown is another example of how steep the streets can be in Bairro Alto. This neighborhood is also famous for the music genre, the Fado. Fado can be traced back to the 19th century but it is thought to be much older. Some believe it was influenced by moorish songs. It is at times mournful and melancholic. Many of the songs talk about loss, a lost love or the loss of a loved one or of a way of life. Also about a very important word for us, “saudade” or longing for something or someone. There are internationally famous singers of Fado like Marisa and it is a very unique experience to be able to listen to it live. 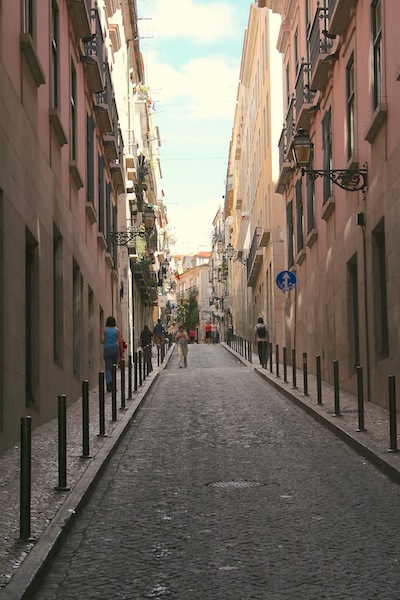 Lisbon is also known for the famous suspension bridge that connects the capital to the municipality of Almada on the  southern  bank of the Tejo (Tagus) river. The bridge was inaugurated in 1966 and it is often compared to the Golden Gate bridge in San Francisco, USA. Its similarity comes from the design and colour. It is not surprising since it was actually built by an American consortium who also built the San Francisco-Oakland Bay bridge. 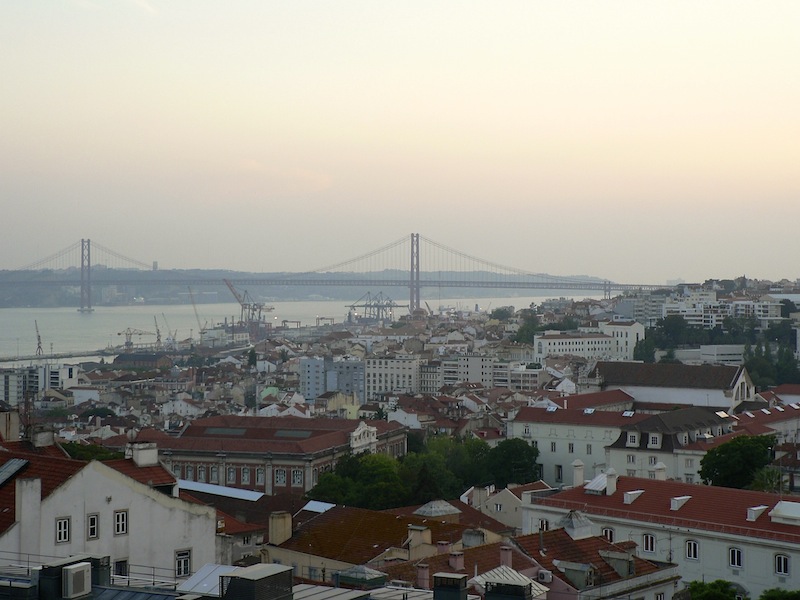 There is nothing like sitting by the river, having wonderful food and waiting for the sunset…

This was just an introduction to my city. There will be other posts that will show you the places to visit, the food to eat and other suggestions.