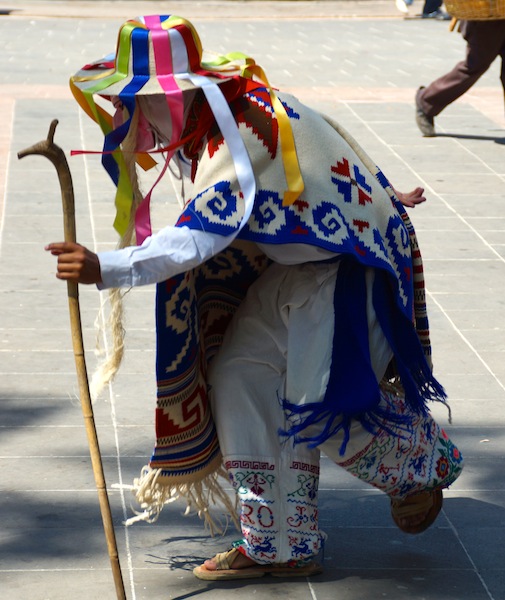 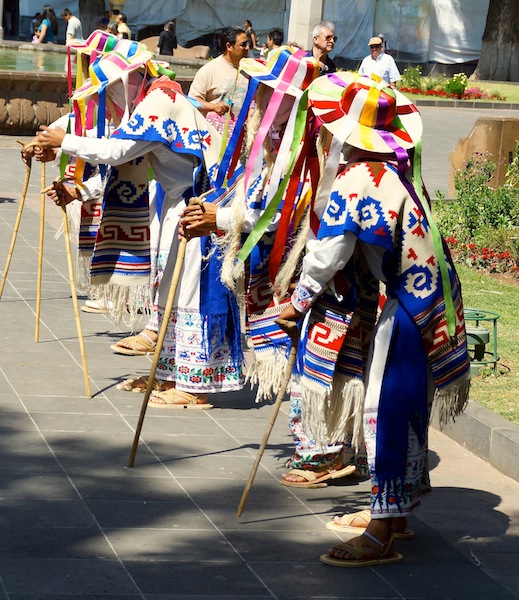 The Old Men’s dance in Michoacan appears to have originated from pre-hispanic times. This was when the Purepechas, indigenous to this area and a rival group of the Aztecs, performed a version of it. It was part of a ritual to the God of Fire, Huehueteotl.

After the arrival of the Spaniards, the dance seems to have been transformed into a mockery of how the Spaniards aged and looked decrepit. This in comparison to the local population.

The Old Men’s dance it is also said to represent the eternal fight of man against death.

The dancers are always dressed in the typical peasant attire. Their masks usually represent toothless old men with smiling and jovial expressions. The masks can be made of wood, corn husk or clay.

The dance starts very slowly with the dancers holding on to their canes and backs to show their old age. 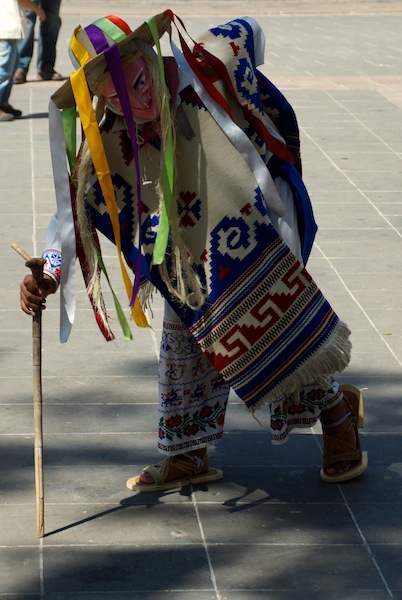 Then the rhythm increases. Often with a humorous side, they cough, tremble and at times pretend to collapse only to be revived by their companions.

Then the dance takes a different turn. The old men dance more and more vigorously to show that in spite of their old age, they are still strong and capable of defying death. 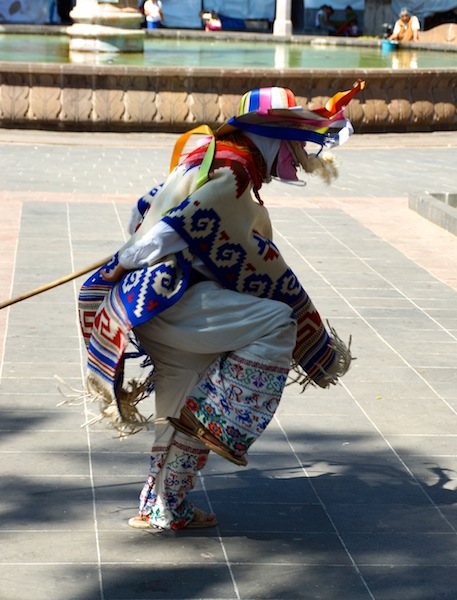 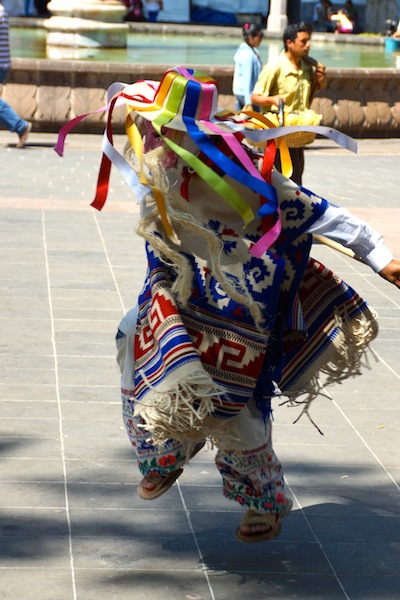 You are left with a very important message. That you can accept the passing of the years in a jovial manner. Even more is that age is not important, what matters is the positive way in which you live your life. 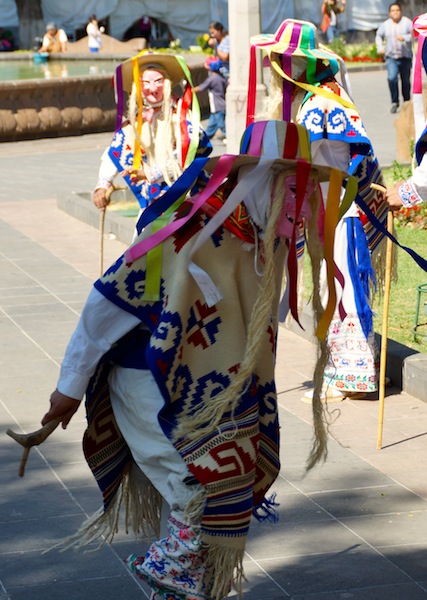 Here is a short video we took of this most original mexican dance. The Old Men’s dance is usually performed in the state of Michoacan. This particular one was filmed when we visited the charming and impressive pueblo of Patzcuaro.