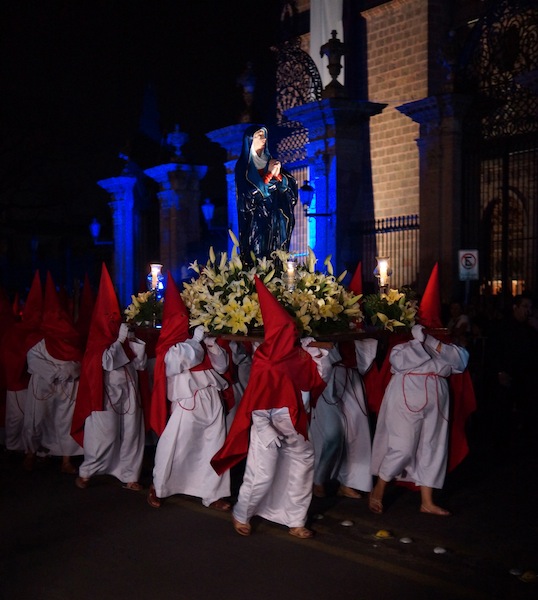 Procession of Silence in Morelia

Religion, in particular Catholicism, is deeply rooted in Mexico. The level of faith and devotion here is to be admired and you can’t help but being touched by it.

In the practice of religion in Mexico, particularly among indigenous groups, you find often classic Church doctrine mixed with ancient native traditions and beliefs. It is fascinating to see how the two can mingle without any apparent opposition or contradiction.

The Procession of Silence originated in Spain and dates back to the 13th century. It was during the Baroque period, from the 17th to the 18th century that it reached its highest significance. When the Spaniards arrived in Mexico they brought along among other things, many of their religious traditions.

The procession takes place on good friday or holy friday. The friday before Easter marks the crucifixion of Jesus. The procession highlights the suffering and heartbreak of the Virgin for the death of her son.

The participants are members of the different confraternities, men, women and children.They walk in silence, many hooded as a sign of  their sacrifice and humility.

It usually starts at eight in the evening but already hours before, the main square in Morelia starts getting crowded. When the procession is close, all the lights in the city center are shut off except for the ones in the cathedral.

The first and almost only sound you hear during the whole procession is the drumbeat. You can feel the anticipation in the crowd and then you see them… 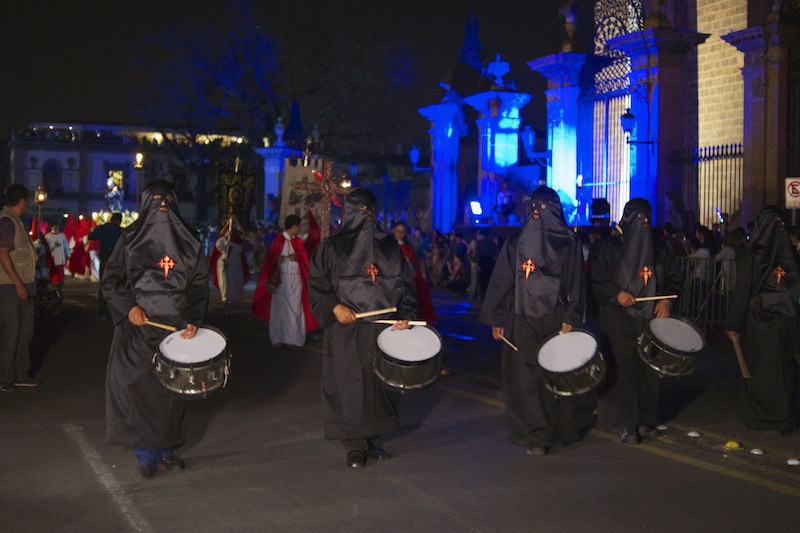 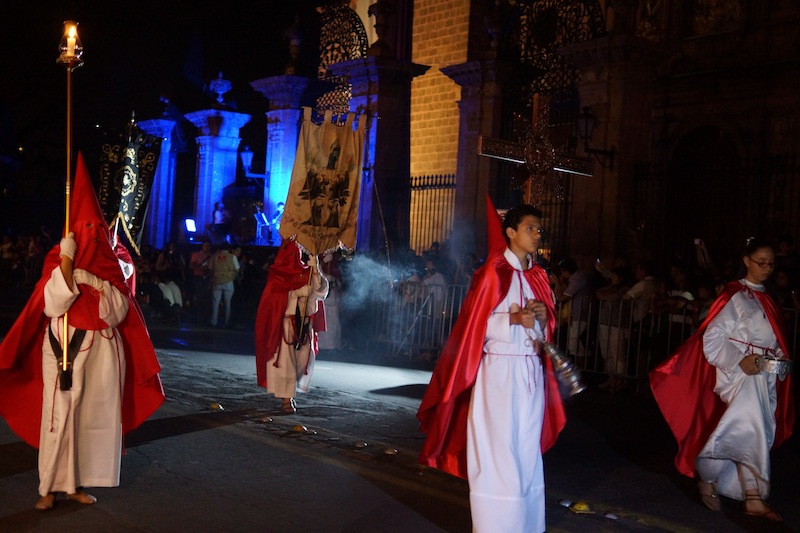 The virgin leads the procession

The participants are very engaged in their roles 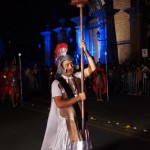 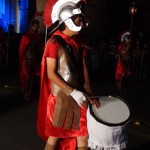 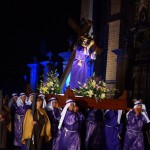 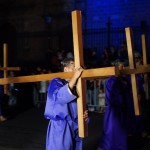 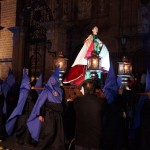 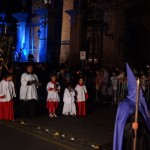 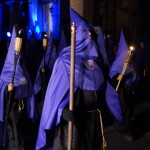 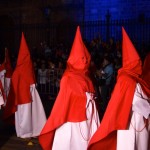 Some  of the traditional costumes of the state of Michoacan 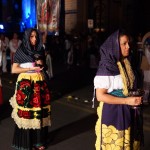 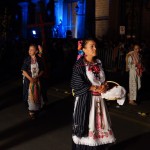 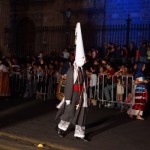 The black Christ or the lord of Poison has an interesting story. Legend has it that during colonial times in Mexico city, there were two very wealthy noblemen who lived in proximity to each other. Every sunday they  went to mass. The first one, Don Fermin, was very devoted. At the end of the mass would always leave a gold coin at the feet of the statue of Christ to whom he prayed before leaving the church. He was greatly admired for his weekly donation and envied by the nobleman, Don Ismael.

Every chance he got he would talk behind Don Firmin’s back and say the worst about him, getting very upset every time somebody mentioned Don Fermin’s generosity. He went as far as trying to harm Don Firmin’s business. When that failed, his hatred grew even more. He decided the best way to get rid of him was to poison him. He got a slow poison that would leave no trace. Mixed it in a cake and sent it as a gift to Don Firmin in the name of one of his friends.

Next mass he went to see if his plan was working. Don Firmin seemed fine and at the end went to pray as usual to the statue of Christ. He kneeled down and kissed Jesus feet. That is when part of the feet started getting black and then it spread to the whole body. There was a big commotion in church and when Don Ismael understood that the statue was absorbing the poison he felt guilty and confessed. Don Firmin, in spite of many protests, decided to forgive him.

Don Ismael left the city never to be seen. What happened was viewed as a miracle and people started coming from far to pray to the statue.

Since I came to Mexico, I’ve seen many Black Christ statues in different states and always get very impressed by the great devotion it engenders. 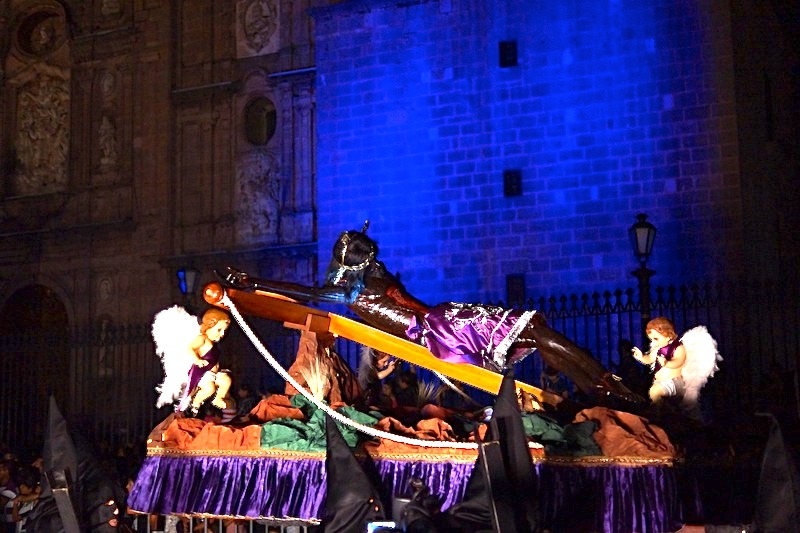 Finally, the most important moment of the night arrives, the condolences given to the mother of Christ. The archbishop reads the text of condolences in a very emotional way while the image of the Virgin with Christ crucified is in front of the Cathedral. The whole procession stops until the condolences are given. 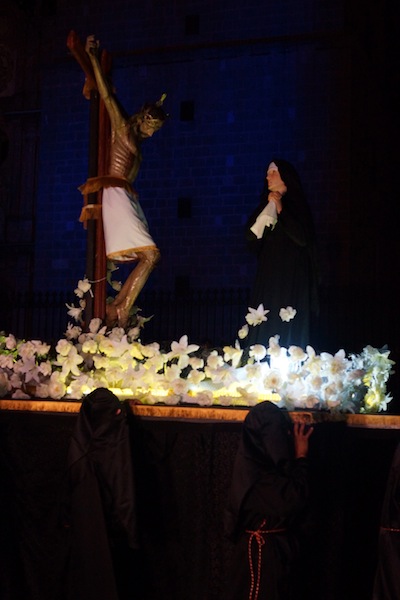 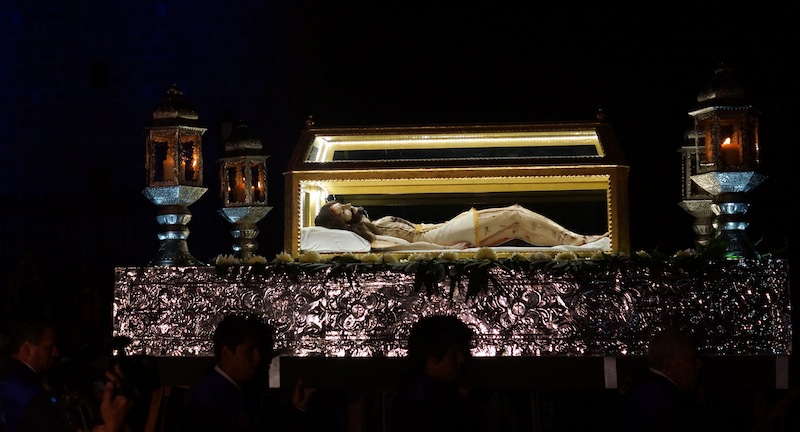 The Procession of Silence continues to take place today in some Spanish cities which keep the tradition alive, in particular Sevilla and Valladolid.