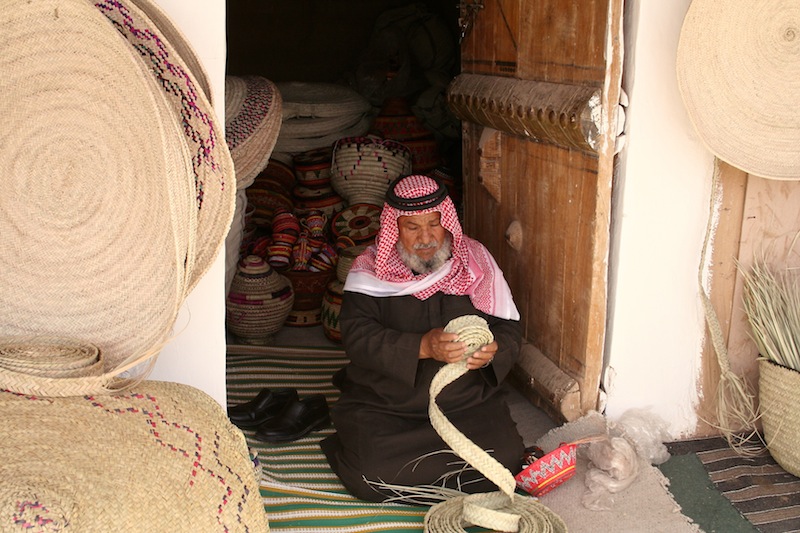 The Saudi Arabia’s Handicrafts market at the Janadriyah Festival was one of the most memorable experiences I had while living in Saudi Arabia. 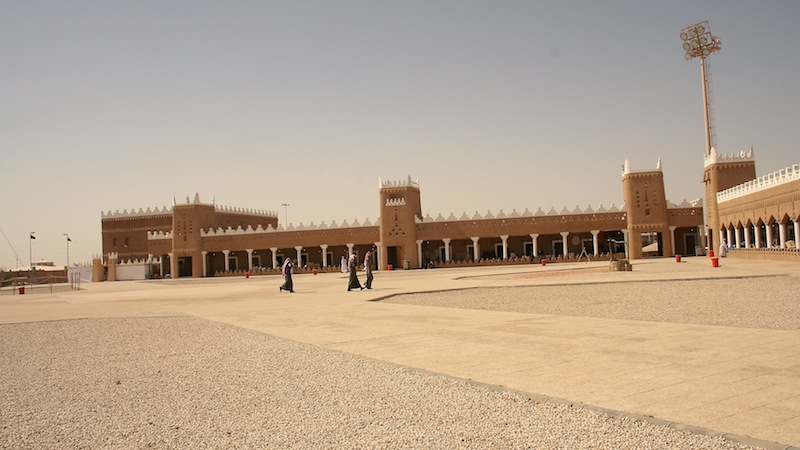 Every year for about two weeks, usually in February or March, there is a cultural heritage festival in Janadriyah, about 42 km northeast of the capital Riyadh. It showcases the past and the present Saudi Arabia.

Besides the numerous cultural activities that the Janadriyah Festival offers like theatre, poetry, art, camel races, there is a wonderful handicrafts market. Artisans from almost all the provinces in the kingdom converge on the festival to display their skills and their handicrafts.

Usually, there are different days for women and for men. On the days for women, you only have women artisans showcasing their skills, since only women are allowed inside. It was a wonderful experience.

But before you enter, you have to face a line up of “Mutawas” (religious police) by the entrance gate. They will shout at any foreign woman who is not properly covered. They will say you need to cover and they look very threatening with their severe attitude. That was about the only time I covered during my three years in Saudi Arabia. I would always wear the abaya (long dress) but never covered my head as I am not a muslim and there is no law that forces foreign women to do it. But I always had the scarf around my neck just in case. They can’t touch you but you have to be prepared to hear their shouts and show no fear. So in this case because it was such a special event and we did not have our husbands present, my friends and I felt it was better to comply.

Once inside we immediately removed the scarfs as we were among women only. It was great to meet the Saudi women, to actually see their faces, to learn more about their life, crafts and tribal heritage. They are tough negotiators and it takes time and patience to get the prices down. I respect their culture and always respected their wish not to be photographed. Sometimes there are women “Mutawas” sent to make sure you don’t cross that line but they are much nicer than their male counterparts. That is why all the pictures shown here are of male artisans.

Normally, I would not be allowed inside the market on a day only for men. However, I was lucky to have received an official invitation, along with other foreign guests. I ended up being the only woman present that morning which was a unique experience, to say the least! I was received with a mix of shock, disbelief, curiosity and politeness. And I was even allowed to be uncovered so you can imagine!

Above everything I was very grateful for the opportunity to have a tour of the market and being able to learn even more about the cultural heritage of Saudi Arabia. The workmanship and quality of some of the handicrafts were quite impressive. I wanted to buy everything of course and by the end of the tour I had bought such heavy things that I had to be rescued! The weight was distributed among the tour officials who just smiled politely…

There were Saudi quilts 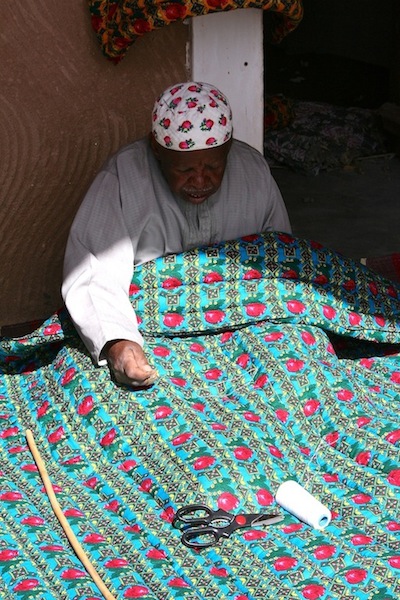 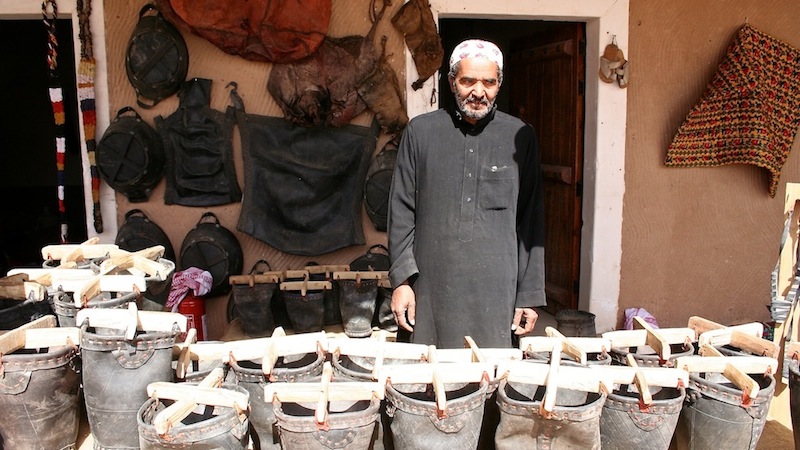 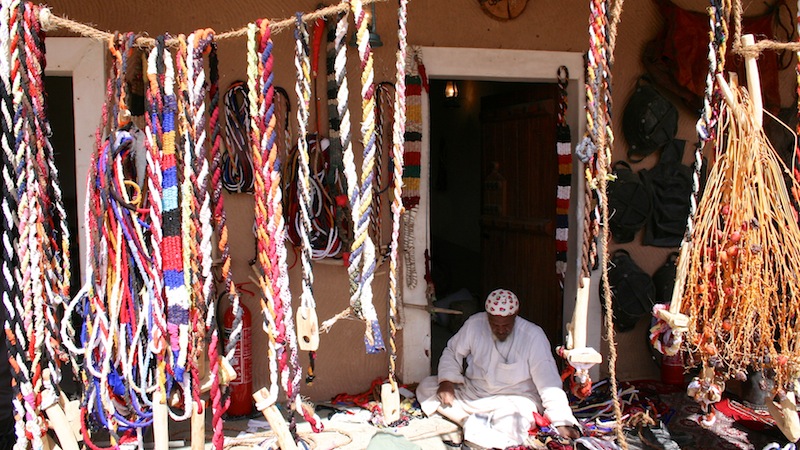 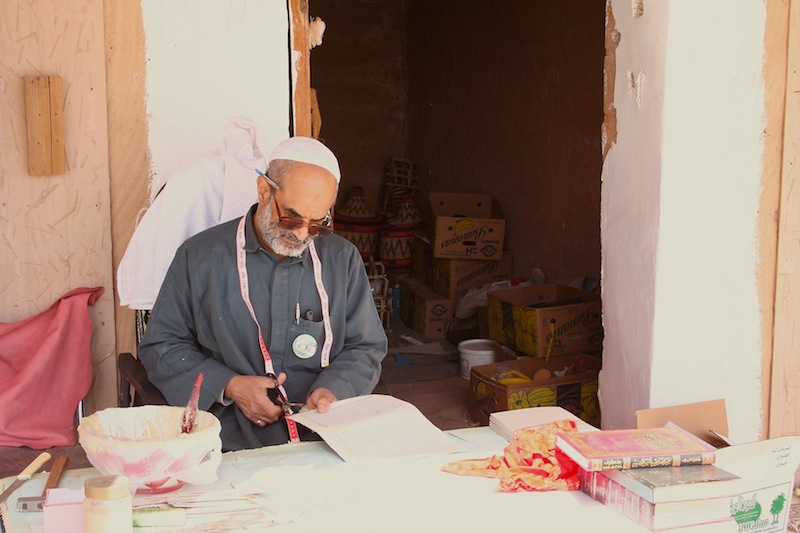 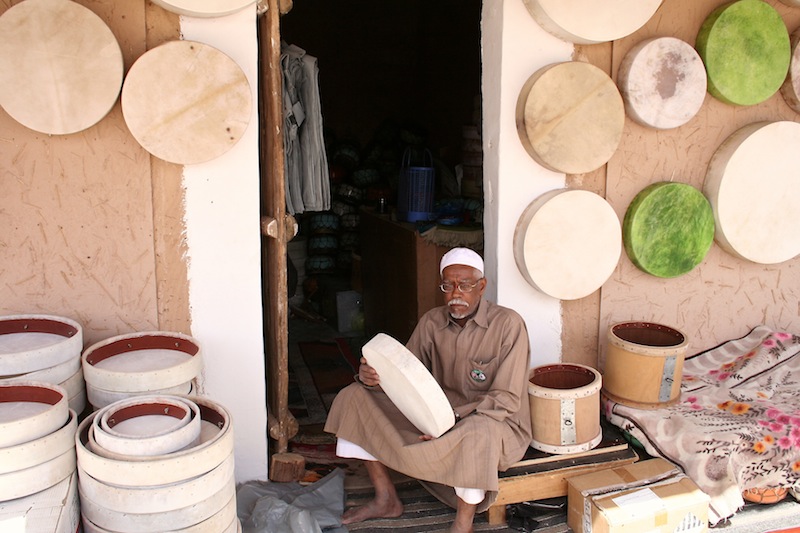 The famous coffee pots that I love (I own several) 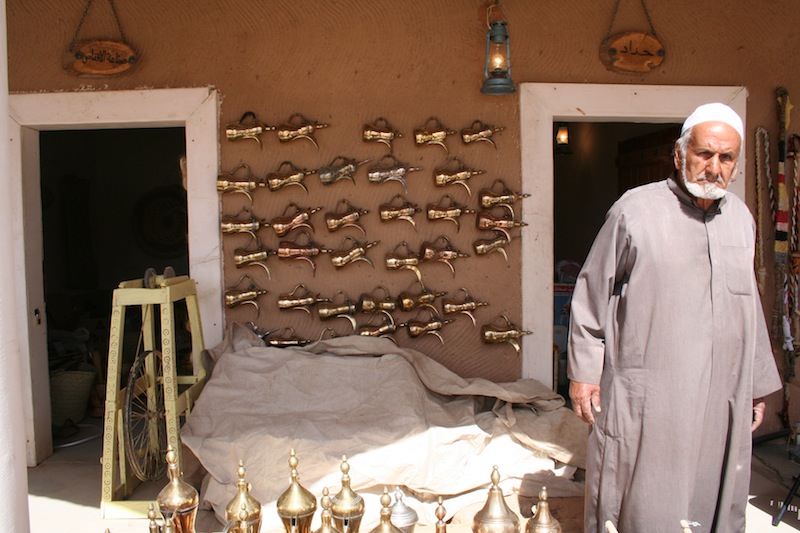 Wonderful wooden toys for children. I just wish that I would have known that a few years later my sweet daughter would be born. Then I would have bought her some! 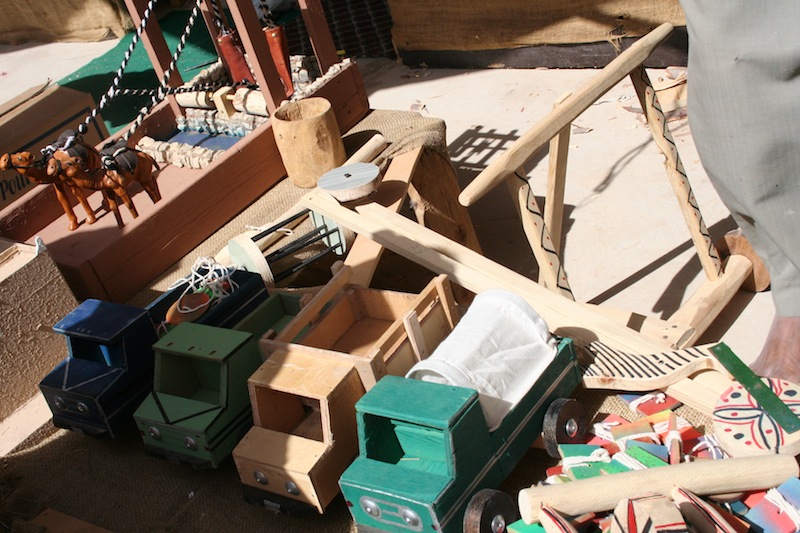 The art of dyeing fabric 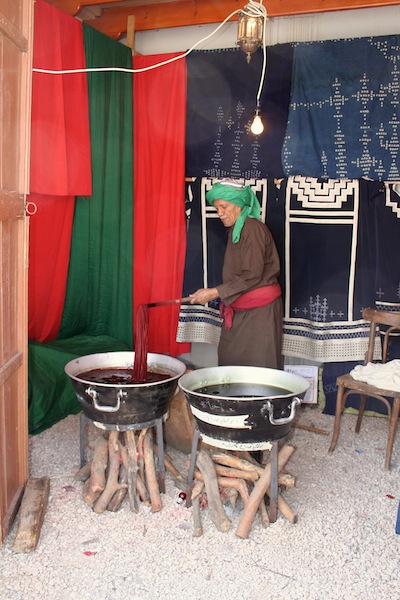 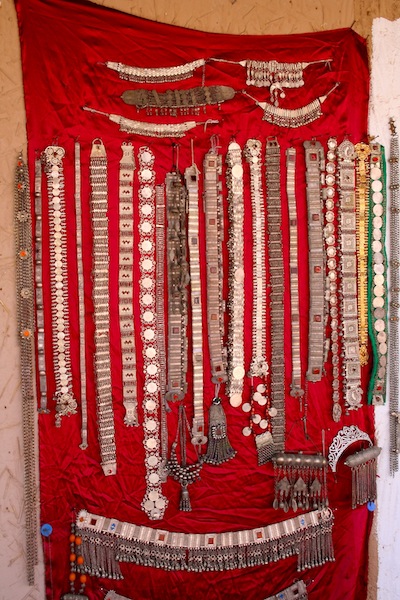 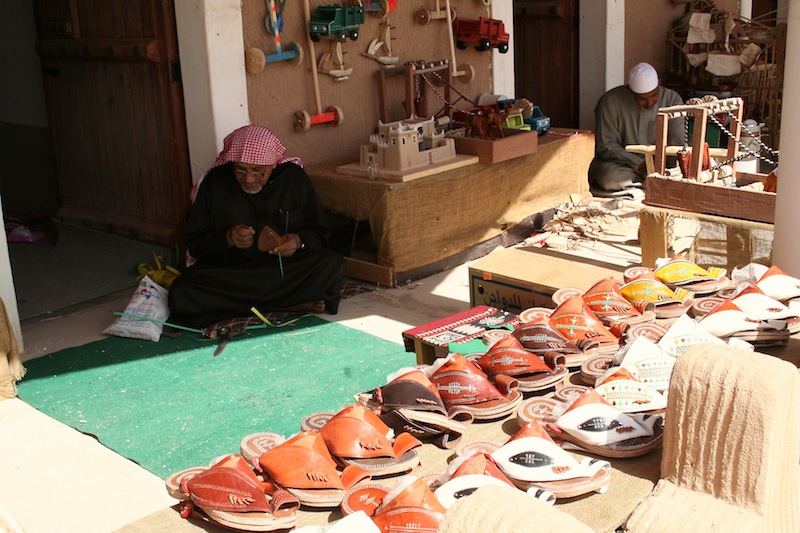 The beautiful colorful tribal dresses. A nice contrast to the usually black abayas. 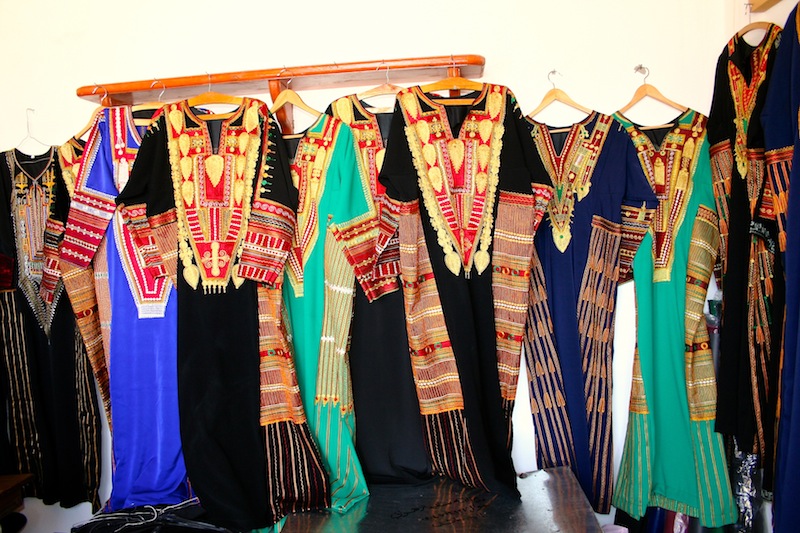 The art of making Prayer beads 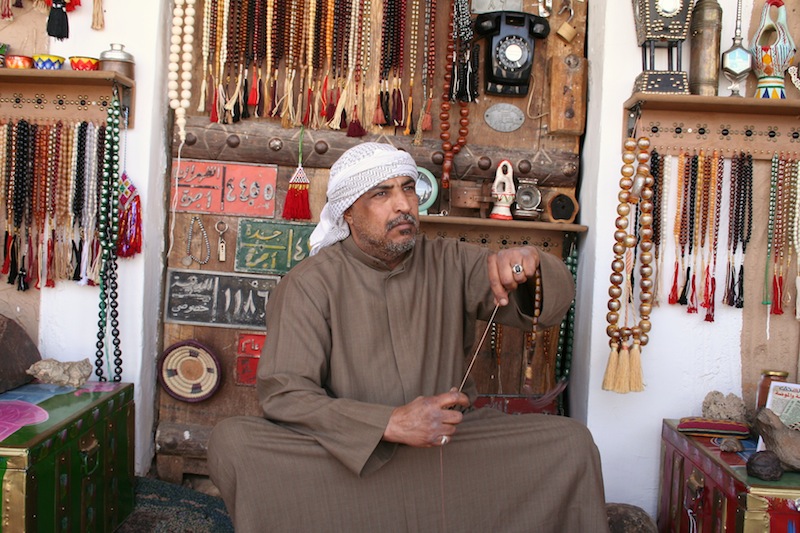 The craftsman was very friendly and as he spoke a bit of English, explained and demonstrated his art personally. He told us he loves to collect old and antique objects. Showed us behind him the old phone, radio, cameras and Saudi number plates. These are exhibited but he explained he would never sell them. They are part of a vast collection that he keeps at home. 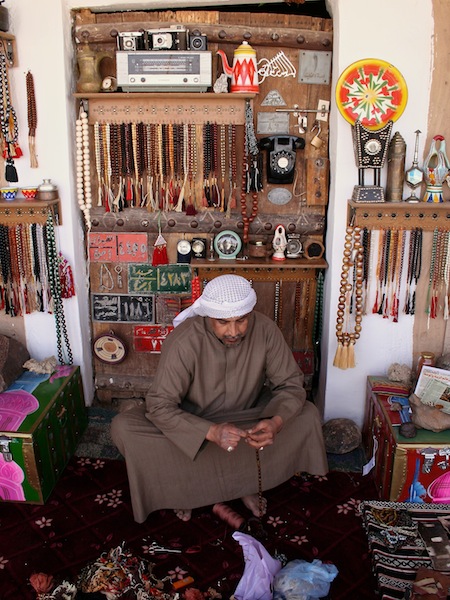 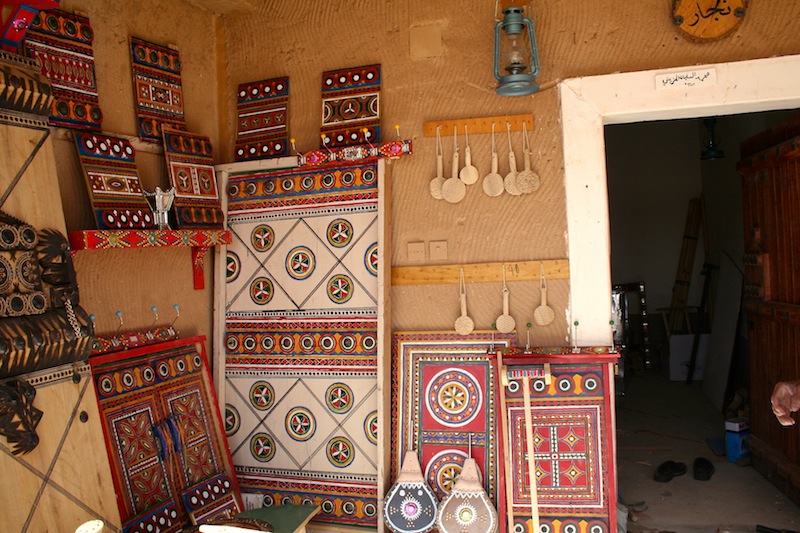 Camel bags are another thing I can’t resist. I love the patterns and the colours. 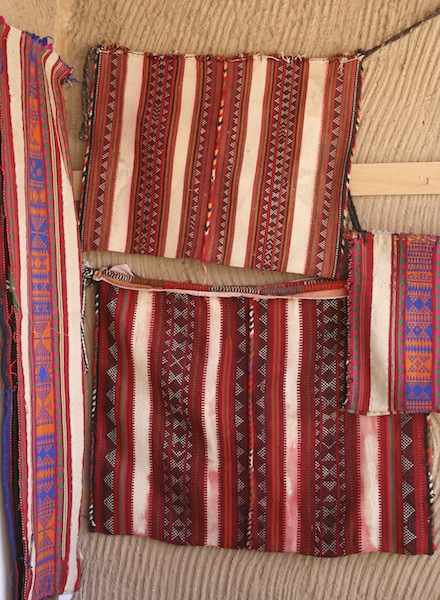 And we had the perfect finish by being invited at the end to a desert tent where we were offered tea, dates and had the privilege of hearing a Saudi musician play the one string Rebab and sing Saudi poetic songs. These were the very special moments in Saudi Arabia where in spite of the difficulties sometimes, you would feel at peace and appreciate the little door into a fascinating world. 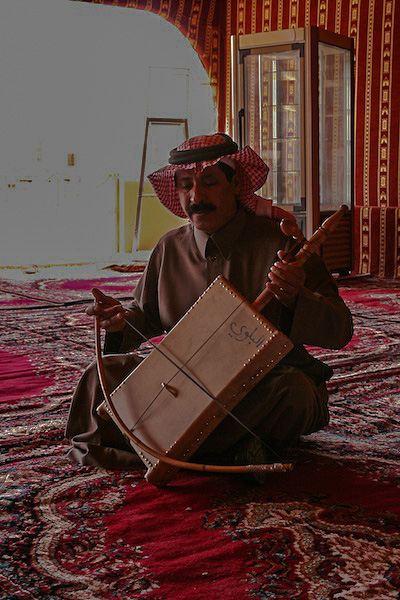 The rebab dates from the 8th century when it was found in Arabia and Persia and it is believed to be the ancestor of the European violin.