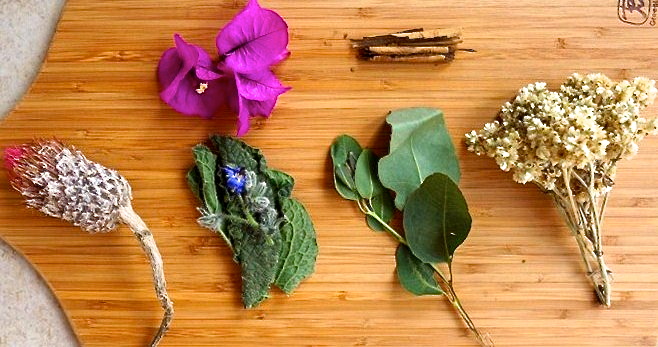 The best encyclopedia on home-made remedies are always the oldest people in a pueblo or village here in Mexico. They possess the knowledge of centuries that was passed from generation to generation. Some are even known for their healing abilities and are often consulted if someone in the pueblo is sick.

I am fortunate enough to know someone who lives in such a pueblo and whose old aunt is willing to share a bit of her knowledge with me.

This is what I was presented with:

Bellow from left to right:

On the second row up we have:

Now for the recipe:

I was pleasantly surprised by the aroma which had a strong herbal perfume, emanating in particular from the eucalyptus leaves.The taste was nice and sweet.